Cary, NC – The Carolina Hurricanes ended their franchise record game point streak losing to the Dallas Stars 3-0, in a heart breaker of a game in front of a very good and supportive crowd. Kari Lehtonen earned every bit of the shut out but until the third period, he wasn’t challenged as much as he should have been as the Canes were flat and didn’t have that desperation that was evident late in the game. 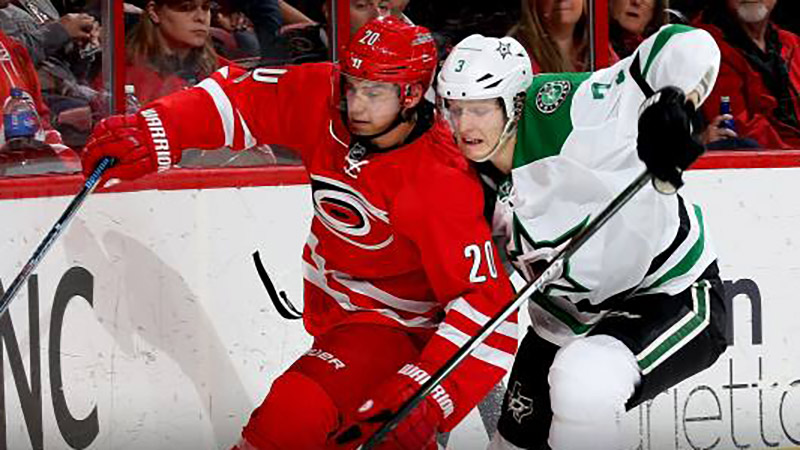 More so in the NHL than any of the other pro sports, games aren’t won on paper. Comparing rosters, if that was true, the Canes would have dominated the entire game. And for that matter, the Canes would not have beaten every top team in the NHL nor consistently lose to the worst teams in the league. Neither the Stars or the Canes set the tone of the game or another way of looking at it was the game was for the taking if someone would just step up and take control.

The top line of the Stars is very good so coach Bill Peters made sure he had both his top checking forward line and the shut down defenders on the ice to counter strength against strength. The play early in the game was end to end, with tight checking, few shots and short shifts. Neither Lehtonen nor Cam Ward were busy as most of the play was in between the face off circles.

Brock McGinn, Phil DiGiuseppe and Joakim Nordstrom were all solid on their checking game, banging bodies against the boards or off the puck. Call-up Lucas Wallmark almost had his first NHL goal after he intercepted a pass while forechecking deep in the Stars end. His long reach and hand-eye coordination allowed him to snag the puck then sent a shot that almost got by Lehtonen. The Canes had a powerplay that had its opportunities as the puck movement allowed not one but two shots at an open net. Bouncing pucks were a problem all night and not more prevalent or frustrating as during the powerplay.

The second period was a mirror image of the first but with fewer shots by the Canes and a few more by the Stars. Before the second started and before the TV time out was over, both coaches had their strategy on which line to start. Most games have the lines that start the game, start each period. After the players return to the ice for a quick skate, the starting team mulls around waiting for their teammates to get on the bench and the TV official let the ref know it’s OK to drop the puck.

Just as the TV official started to stand, Lindy Ruff sent out his top line. Peters took advantage of the home ice last change rule and switched players matching first unit against first unit. Jason Spezza must have watched film from the Canes last game as he carried the puck into the Canes end on the left wing, he sent a shot from 30 feet out, high glove side on Ward into the top shelf for the 1-0 back breaker lead. If anything, that goal was eye opener for the Canes as their play picked up after an initial let down.

The sense of urgency may have kicked in a bit but give the Stars defense credit, they weren’t allowing many shots to get through to the goal. Nordy’s play was notably very good on and off the puck as he was forechecking very well, got off a couple of decent shots and was all over the ice. 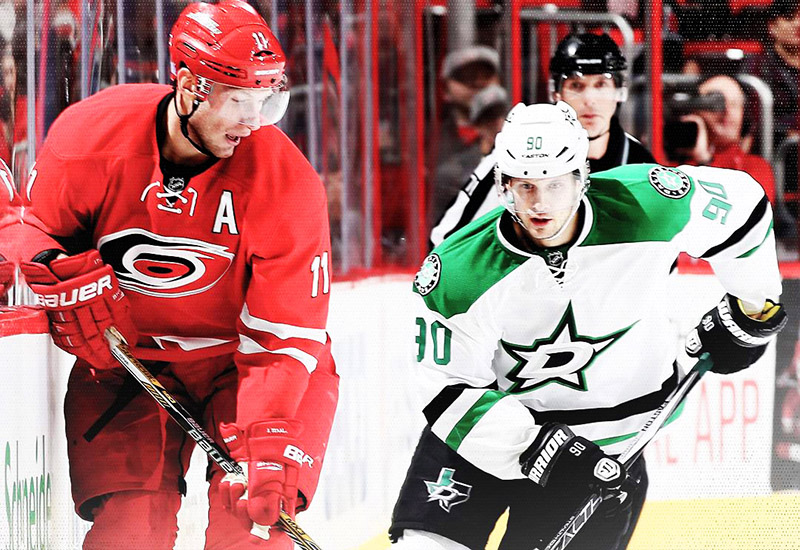 The Caniacs gave it all they had as the Canes took the ice in the third. Many knew the Stars were a weak team but they did win their conference title last year with the injury bug hitting them hard this year, and the Caniacs just knew another third period come back was in the making. The Canes did muster 13 shots on goal with the Stars blocking another seven. Whether it was the pucks didn’t have the proper freeze before the game or bad ice or something else but the puck was still like a jumping bean on the ice. It affected both teams but seemed to always affect the Canes at the worst opportune time.

The Canes played another disciplined game knowing any man advantage for the Stars with the one goal lead could make the comeback that much harder. Peters pulled Ward with a lot of time and it backfired. The Stars scored two rink long empty netters for a very frustrating end of the game for the Caniacs.

With the other teams trying for the Wild Card spot and the wins and losses from Saturday night, the Canes lost a point for that last spot. Mathematically, they’re still in it and to a player, despite the loss, do believe they can make it to end their eighth year, NHL’s longest playoff drought.

Next home game is Thursday, April 6, 2017 against the Islanders. Be There and be loud! 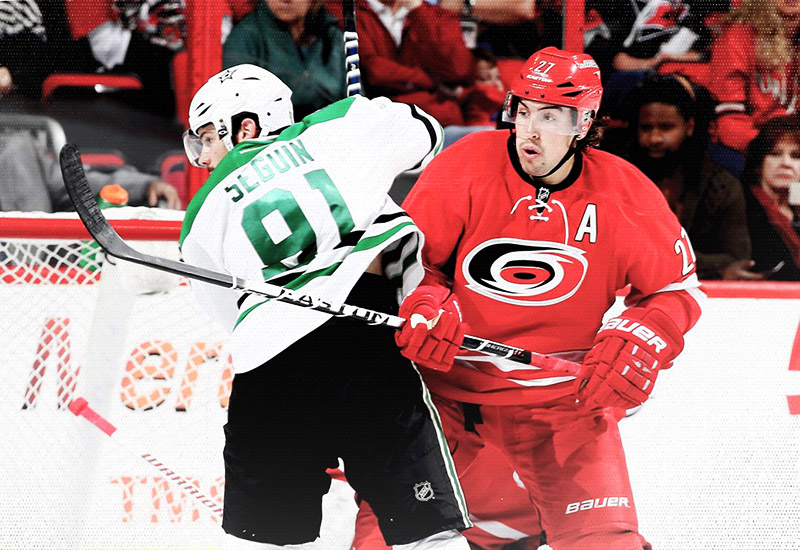