Cary, NC – Jerry L Canterbury of Cary recently completed the slowest marathon of his running career – and couldn’t be happier about it. 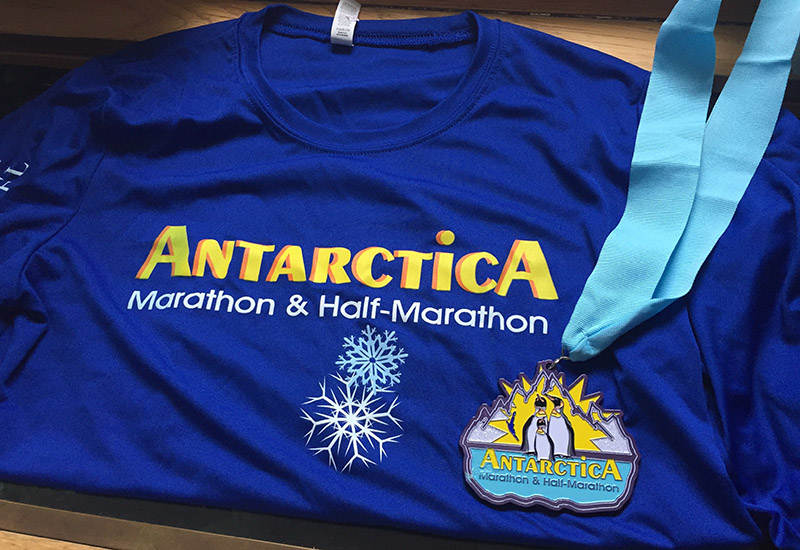 Canterbury and 113 other runners from around the world completed the 2017 Antarctica Marathon this past March. The hilly and challenging 26.2-mile course is run in the snow, ice and mud of King George Island, just off the continent of Antarctica. March is early Autumn for Antarctica, meaning that the temperature on race day was a balmy 32 degrees Fahrenheit.

Just getting to the race is challenging enough. The race had a four-year waitlist when Jerry signed up in 2013. Participants fly to the southernmost tip of South America to board a small ship. The ship cruises for two day through the treacherous Drake Passage – often described as the roughest seas in the world – before depositing the racers onshore for race day. After the race, the cruise continued to provide wildlife viewing opportunities. Cruise passengers frequently spotted penguins, seals and whales. Canterbury and his wife Nancy, who accompanied him on the trip, even dressed up and posed with a colony of penguins. 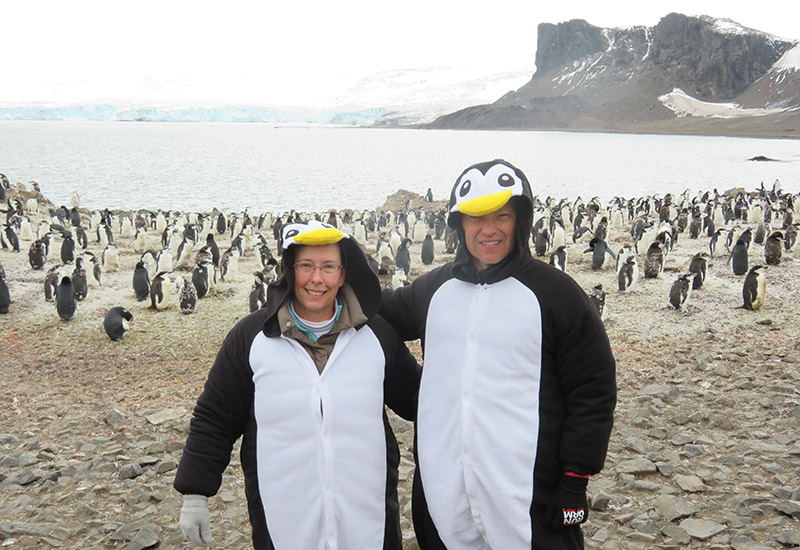 Canterbury trained frequently on the hills of Umstead State Park to get ready for the race, but also noted that the unseasonably warm winter didn’t provide much opportunity to prepare for the cold. And because of the challenging course, his goal wasn’t to set a new personal record, but to finish.

Canterbury shared that many have asked if he plans to complete marathons on all seven continents.

“I haven’t decided,” he said, “But at least I got the hardest one of the way.”

For more information on the Antartica Marathon, visit http://marathontours.com/. 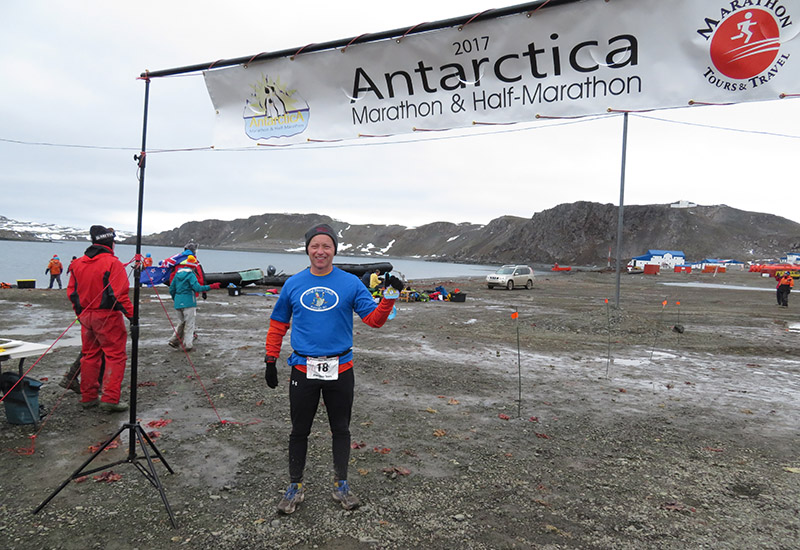 Story and photos by Jerry Canterbury.