Morrisville, NC – If you have participated in a charity, you’ll know it feels better to donate your time in a group than by yourself. And Morrisville Councilmember TJ Cawley joined with a group to get shaved bald for childhood cancer research and treatment. 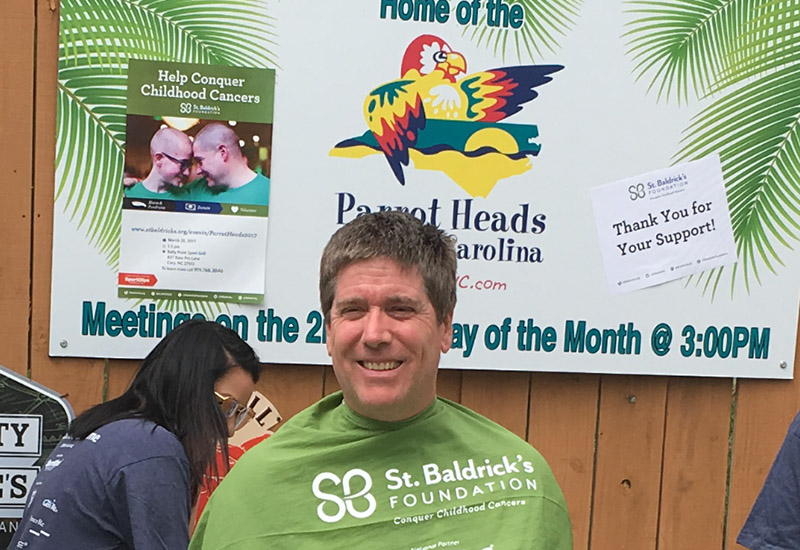 Shaving for A Good Cause

Cawley shaved his head on Saturday, March 25, 2017 as part of event for the St. Baldrick’s Foundation, which has been a tradition for the Morrisville councilmember who has been shaved four times now.

“It’s a good way to support people going through hard times,” Cawley said. “I don’t think there are any of us whose lives haven’t been touched by cancer.”

The St. Baldrick’s Foundation funds research and training for childhood cancers, with cancer being the most fatal disease for children in the United States. And it is an issue Cawley said he wants to bring more attention toward.

“I’d like to think we can get rid of childhood cancer in my lifetime or in my children’s lifetimes,” Cawley said.

The head-shaving is a tradition with St. Baldrick’s, with volunteers getting sponsored to have their heads shaved, both to show solidarity with cancer patients who often lose their hair and to create more supply for wigs for bald cancer patients. 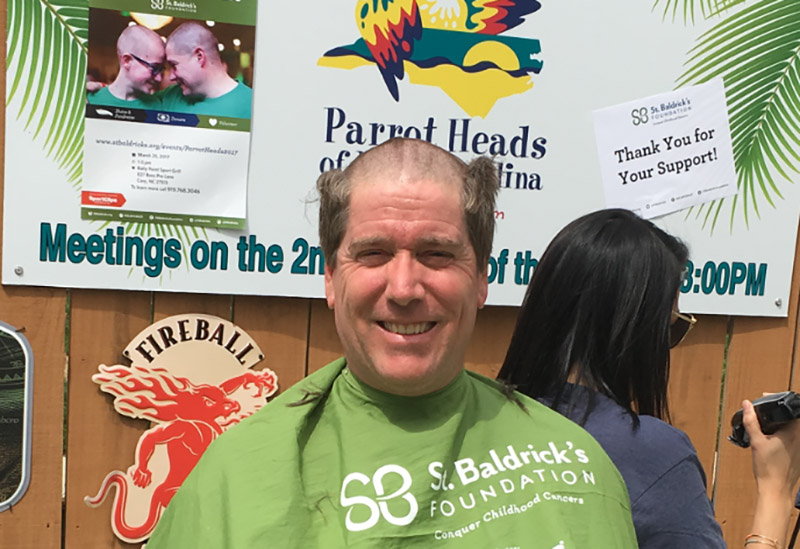 Cawley was shaved with a group of other volunteers at Rally Point Sports Grill in Cary on 1837 N Harrison Ave. And the hair used from the event can be used for wigs for cancer patients, with Cawley suggesting Locks of Love and Pantene Beautiful Lengths specifically.

“They need to be eight inches or longer,” he said, giving advice for any potential hair donors. “And it can’t be permed and it needs to be less than 10 percent grey.”

For anyone thinking about doing a St. Baldrick’s head-shaving, Cawley said they are able to get hair donated as well.

“Most St. Baldrick’s events have ziplock bags and give advice on where it needs to go,” he said. 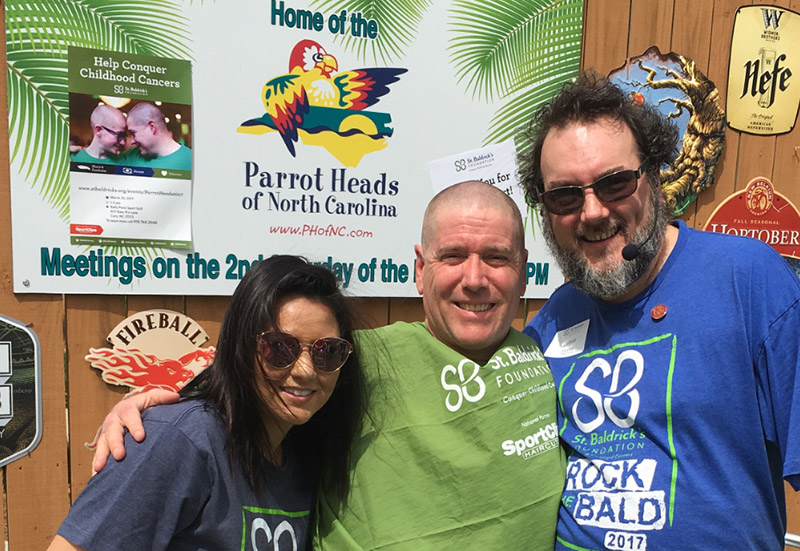