Cary, NC – This past Saturday, Cary Downtown Farmers Market had their Spring grand opening. FoodCary was there to take a few pictures.

The weather was perfect, the band was playing and the local dignitaries were on hand for the Spring Opening of the farmers market in Downtown Cary.

Cary used to have four farmers markets, but that number has dwindled to just two. Western Wake Farmers Market (WWFM) moved their excellent operation to Morrisville and the Waverly market has been discontinued.

If you live in Western Cary, the WWFM has a market at the UNC Wellness Center on Stonecroft Lane about a mile west of Parkside Town Commons. But for Central Cary, Southern Cary and Eastern Cary, the place for fresh produce from the farmers and artisanal foods and crafts is the Downtown Cary Farmers Market on Chatham Street in front of the historic Ivey Ellington House.

To read the full story and see the full set of photos, go to FoodCary.com 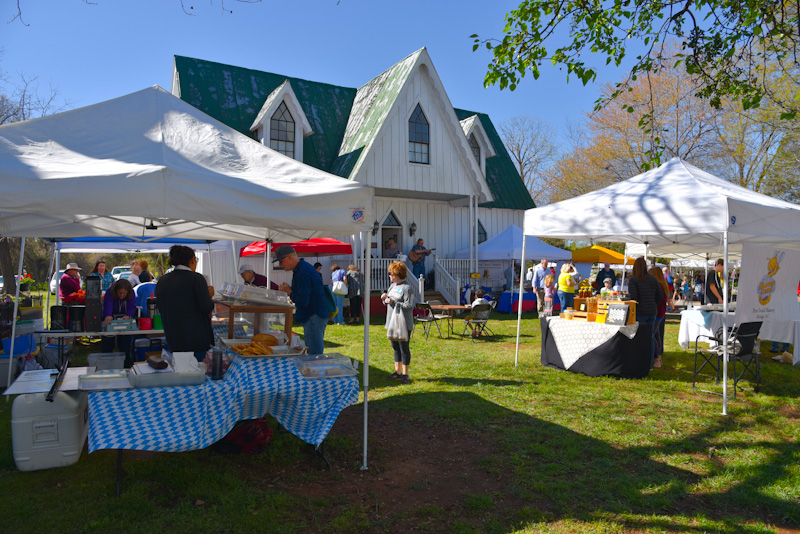 Story and photos by Hal Goodtree. Food coverage sponsored in part by Maximillians Grill in Cary.