Cary, NC – Easter is typically associated with bunnies and chicks but a Cary senior living community is adding puppies to the mix with a dog adoption event to fit with their Easter Egg Hunt.

Looking for Easter Eggs and Dogs

Waltonwood Cary Parkway is hosting this dog adoption event in collaboration with Hope Animal Rescue, based in Durham. Christina Henderson, life enrichment director at Waltonwood, said the event came about after looking for ways to build on their yearly tradition.

“We do an Easter thing every year and we wanted to see how we could build onto it,” Henderson said. “And as it turned out, dogs and kids go well together.”

The adoption event goes after the Easter Egg Hunt at Waltonwood and Henderson said it is a helpful juxtaposition to help the dogs find new homes but it also entertains the living community’s residents.

“My residents get the benefit of seeing the kids and loving on the dogs,” Henderson said.

Anyone adopting a dog there does not get to take their new pet home at the event but will fill out an application to adopt.

For her, Henderson said there is a lot of fondness for both dogs and Hope Animal Rescue.

“Myself and other staff members have been foster parents for dogs through Hope,” Henderson said. 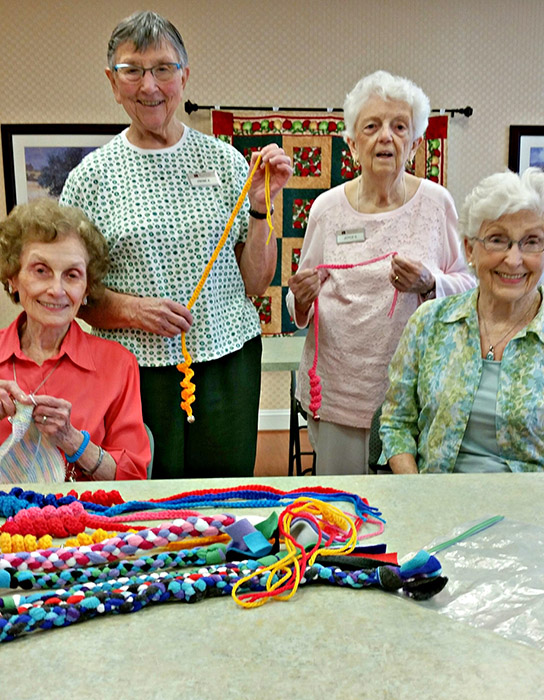 Waltonwood allows for pets currently and Henderson described “several dog residents” at the community currently. But with this event, Henderson said many residents who are unable to provide full-time care can spend time with the dogs while they wait for the Easter event.

“And it has all kinds of health benefits, such as lowering blood pressure,” she said.

Not only is Waltonwood hosting the event but Henderson said residents are making dog toys for the animals, including knitted bone shapes that can have plastic bottles or other chewable items go inside.

“When a foster dog is in an unfamiliar environment, the toys can calm it down and it gives them something to play with,” she said.

“I have residents here from last time who enjoyed petting and playing with the dogs,” she said.

Hope Animal Rescue has been around since 2013 and helped an average of 300 dogs each year find a new home.

The dog adoption event takes place on Saturday, April 8, 2017 from 11 AM to 1 PM at Waltonwood Cary Parkway. 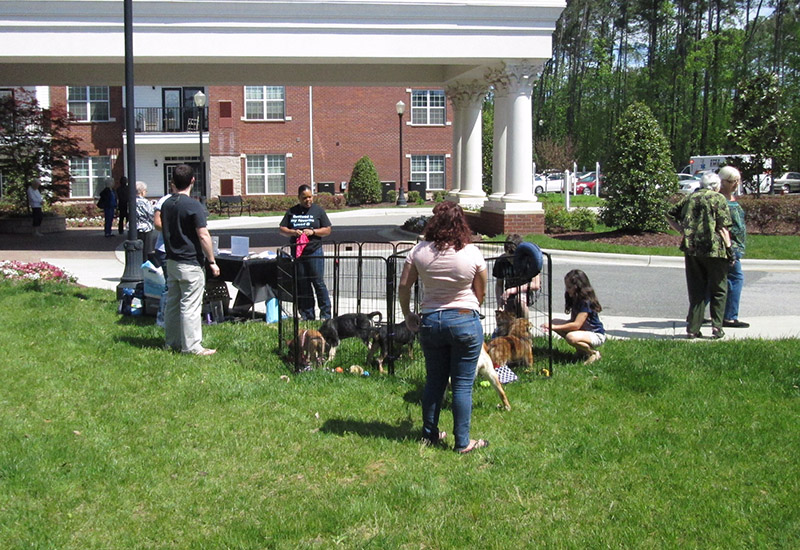