Cary, NC – As technology advances, new forms of art and communication arise and one of the newest we have is the podcast. But one popular podcast about film and entertainment is trying its first live episode and it’s recording right here in Cary.

“It comes from the spirit of experimentation and a love for mixing live events and studio production,” Milazzo said.

Milazzo said the studio recorded aspect of Murmur, which started in August 2016, is new to him and his experience has always been with live performance. He cited live radio shows such as Prairie Home Companion as inspirations.

As for the location of this first live episode, Murmur will be recorded at the Cary Theater on Monday, April 17, 2017 at 7 PM. Milazzo, through the “Frame-By-Frame” series he teaches here, said he has formed a relationship with the Cary Theater over the years.

“I have gotten to know the audience members from coming to the theater and holding these classes,” Milazzo said. “For this live experiment, I needed the pre-text of a familiar setting with open-minded people.”

And the Cary Theater’s size also benefits what Milazzo wants from the live event.

“With its smaller size, it creates a very intimate setting and brings us all closer together,” he said.

For this live show, Milazzo’s two guests will be Dave Eggers, author and screenwriter, and Al Jean, producer and show runner for the long-running animated comedy “The Simpsons.”

Eggers wrote for the upcoming Tom Hanks film “The Circle” and Milazzo said they will not only discuss that film but Eggers’ process as a writer.

“I want to talk about the unique aspect of how literature turns into a script,” he said. “Most in the literary world wouldn’t want to go near Hollywood so I want to explore the why and how.”

For Jean, Milazzo said he wants to talk about animation in general, from its history to its future.

“After spending 20-plus years on a TV show, Al knows where the bodies are buried in animation,” he said. “And of course, we will be talking about ‘The Simpsons’ too.”

With this first foray into doing live episodes, Milazzo said he hopes it results in future events like it.

“I don’t want Murmur to become a live show but I’d like it to become a touring show,” he said. “It’s an access piece and I think it will be fun.”

For Milazzo, that fun comes from talking with other people while recording the episode for posterity.

“Being a word-based show, it creates intimacy,” he said. “We’re creating history and content in real time.” 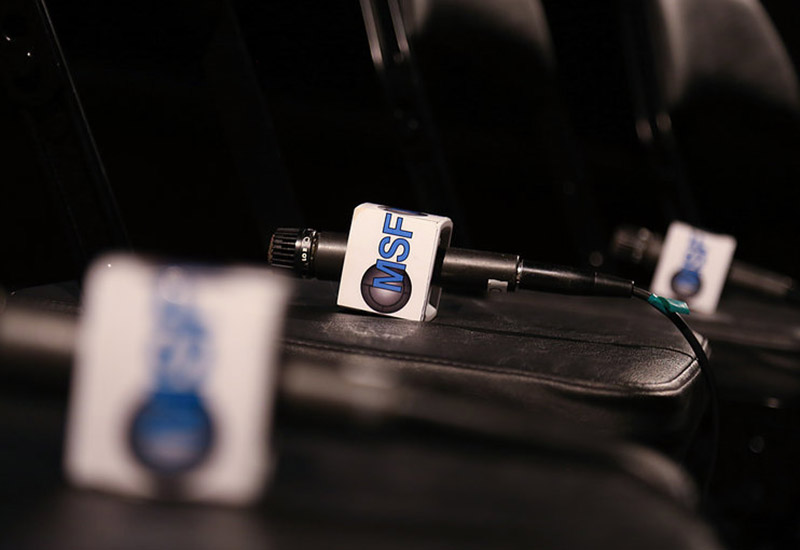 Story by Michael Papich. Photos courtesy of the Modern School of Film and Hal Goodtree.