Cary, NC – Easter is often a colorful time of the year, with bright decorations and Spring flowers in full bloom. And in Downtown Cary, there is some extra color as a seasonal chalk mural is up to match the holiday. 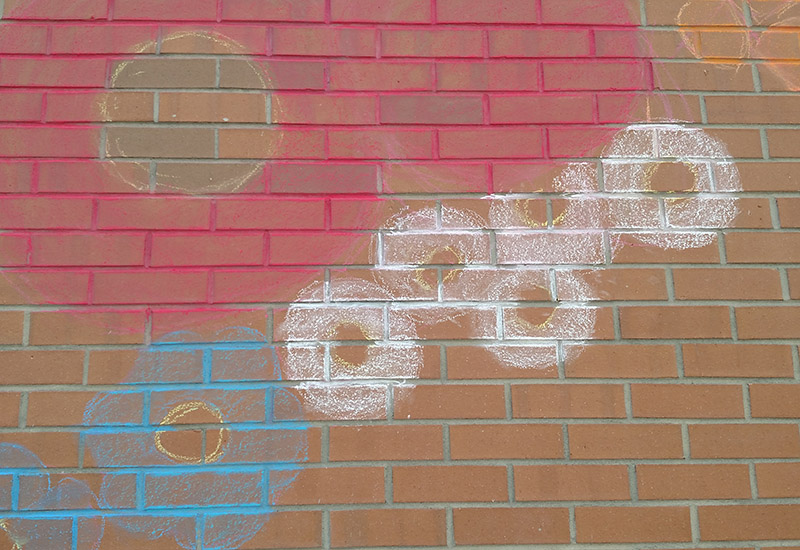 The chalk mural in its earliest stages

Artist Lisa Gaither worked from Saturday, April 15 in to early Sunday, April 16, 2017 to have the downtown chalk mural ready for Easter morning and church services at First United Methodist Church.

“They reached out to me,” Gaither said. “They know I do murals and work a lot with chalk so they thought I could create a nice backdrop for photos.”

Gaither got a rough design together, mainly showing a lot of multi-colored flowers, and set her sights on the project. Now the chalk art is still up on the side of the Cary Theater and with forecasts calling for rain this week, Gaither said she is not too worried.

“When I’ve done murals on walls, like one I did in Downtown Raleigh, it rained for three days and it stayed up,” Gaither said. “With walls, the rain is not as likely to take it down. It’s different if it’s on the ground.”

When Gaither works with chalk in her public art projects, she is typically using the street or the sidewalk or other surfaces on the ground.

“I love working flats but the ground is usually what I use,” Gaither said. “The brick on this wall is porous so it’s a challenge but I like a challenge.” 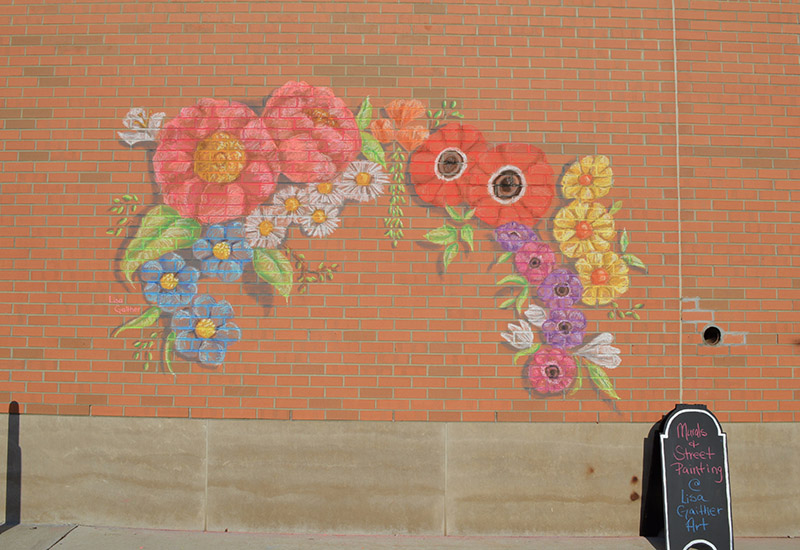 Gaither’s public art has been all over North Carolina and she prefers murals, which she defines as painting a huge piece.

“It may seem like it is harder than something on a canvas but I’ve been doing big pieces for so long, it takes me as long as something small,” she said.

Her art has used many different materials, including paint, but for much of her public art, Gaither sticks with chalk. This provides its own set of limitations for her.

“I can’t mix colors so I have to think about how I can layer it all. And I have to use certain surfaces,” she said. “But I like it. Again, it’s a challenge and it’s a good way to get outside.”

And it’s getting outside that Gaither said most draws her to using chalk.

“It lets me do public art. You can talk to people,” she said. “That whole process is great.”

Gaither is a big proponent of public art in general and she hopes it can connect more people to artistic expression.

“For people who don’t go to galleries and don’t get out to the museums, public art is always there,” she said. 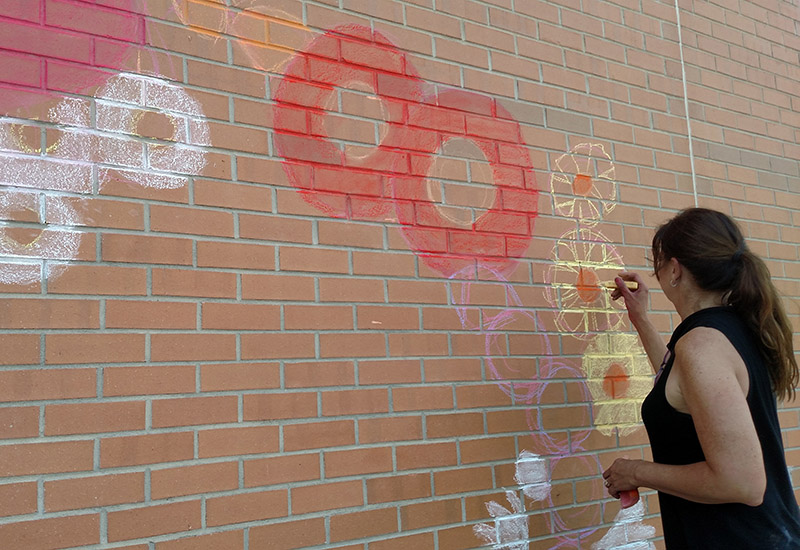