Morrisville, NC – People do all kinds of things to raise money for charities and events, from running marathons to getting their head shaved. But this weekend, you can take it to the extreme by pulling a passenger plane on a rope, all to benefit the Special Olympics of North Carolina.

On Saturday, April 29, 2017, teams of five will compete at Raleigh-Durham International Airport to see who can pull a jet the fastest.

Teams will compete by pulling the aircraft 25 feet and seeing who can do it the fastest, with the entire event presented by CreditSuisse. 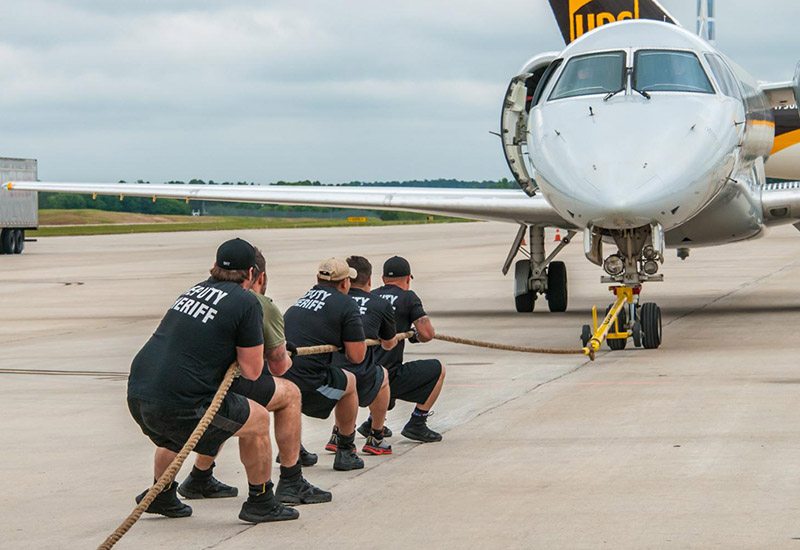 The first plane pull event started in 1999 and has been going on ever since, according to McQuiston.

“We had the Special Olympics world games here in the Triangle and it was the organizing committee’s idea to try and raise money this way,” McQuiston said. “Then, in 2000, we took the idea over because people had so much fun with it.”

While pulling a 30,000-pound plane is hard work, even if it is on wheels, McQuiston said there is a wide variety of athletic ability reflected in the participating teams.

“We have everyone from big law enforcement people who train and prepare for the event to an average group of office employees to Special Olympics athletes,” McQuiston said. “The event is great for that reason.”

Registration is still open, even up to the day of the plane pull, and spectators are welcome to come and watch.

Plane Pull for the Special Olympics of North Carolina 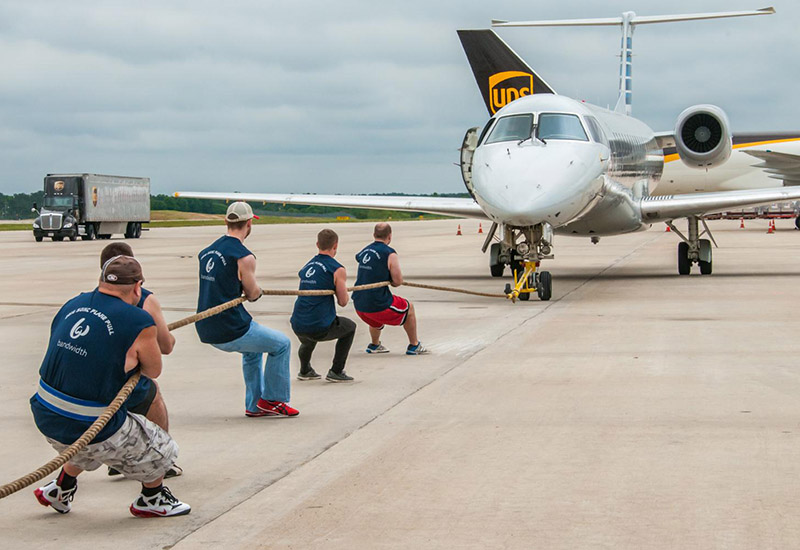 Story by Michael Papich. Photos courtesy of the Special Olympics of North Carolina.