Cary, NC – It looked like the North Carolina FC would be able to hold their opponents at a tie at their most recent home game. But one last goal in the final minutes saw the local team lose against the San Francisco Deltas. 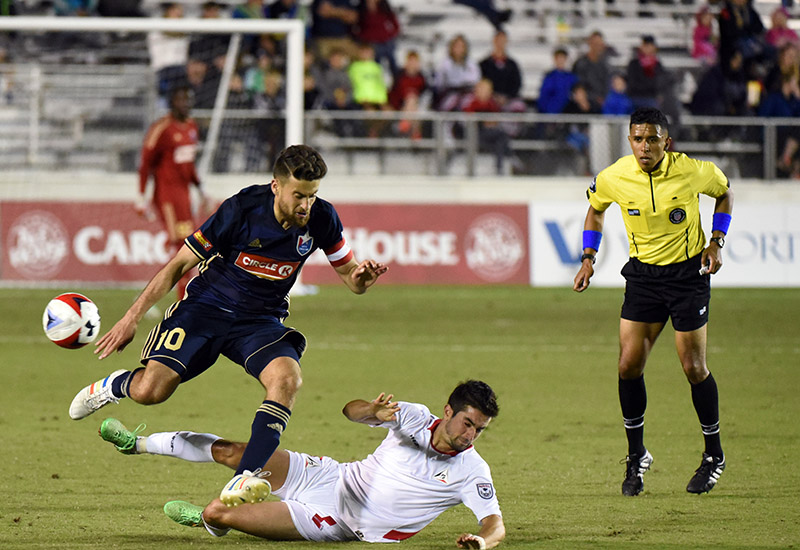 North Carolina FC took on the Deltas on Saturday, May 6, 2017 at Sahlen’s Stadium at WakeMed Soccer Park, taking on one of the top ranked teams in the league currently. And things looked promising for North Carolina in the beginning, with teamwork between Matt Fondy and Nazmi Albadawi getting behind San Francisco’s defense and setting Albadawi up for a big kick. But Deltas’ goalkeeper Romuald Peiser stopped the attack with a kick of his own, keeping the score tied at 0-0.

The first point came from the Deltas when Cristian Portilla and Reiner Ferreira set up a header in the 22nd minute to put numbers on the board for the first time in the game.

Despite being down in the first half of the game, North Carolina had more possessions and goal attempts than San Francisco and continued to have close calls that were blocked by Peiser, including one particularly impressive diving save.

Then, in the 85th minute, there was a sudden change as Billy Schuler scored his first regular season goal and tied up the game for North Carolina. Unfortunately, the celebration was cut short quickly as the Deltas got a free kick and brought the score up one minute later, with the game ending 2-1 for the Deltas. 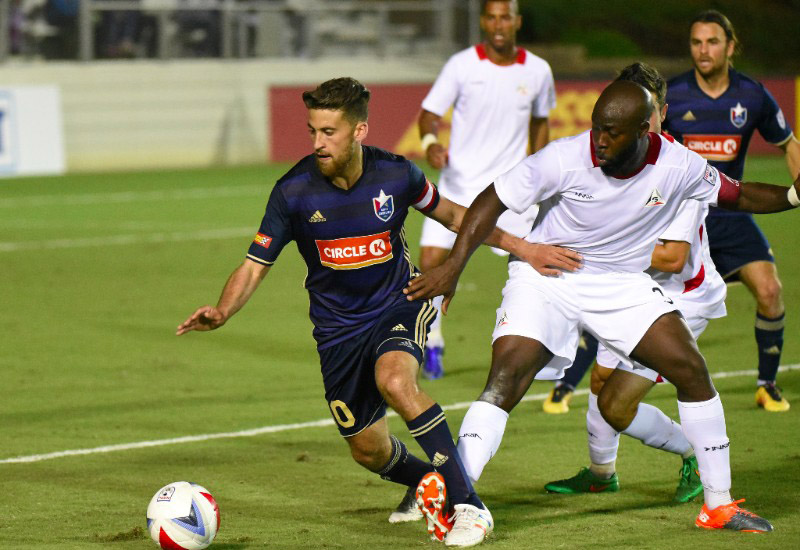 After some strong victories in the past weeks, North Carolina FC Head Coach Colin Clarke said this game was disappointing.

“We’ve overcome some adversity in a few games and picked up some hard-earned points in the last two weeks,” Clarke said. “We were at home and needed to back that up. I’m disappointed we weren’t able to manage that tonight.”

After Saturday’s game, the team is now ranked fifth in the league, with the Deltas ranked third. What’s more, North Carolina takes on the second ranked team, Jacksonville Armada FC, at home this coming Saturday, May 13, 2017.

Also this weekend, the North Carolina Courage continued their perfect streak with a win over the Boston Breakers in an away game on Sunday, May 7, 2017. 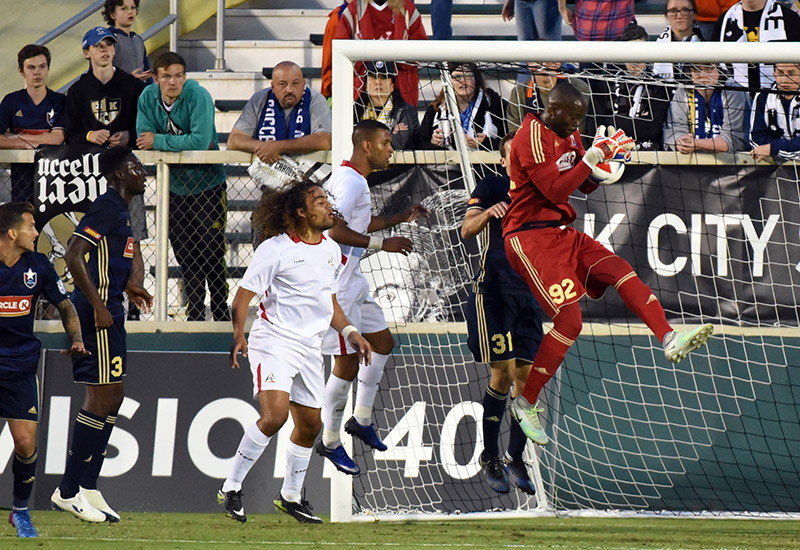 Fest in the West: Western Cary’s Own Festival