Cary, NC – It has been a couple of weeks since I last posted. The reason I didn’t post last week is because my wife and I were in France to celebrate our 30th wedding anniversary. We also spent time visiting Cary’s sister city Le Touquet. 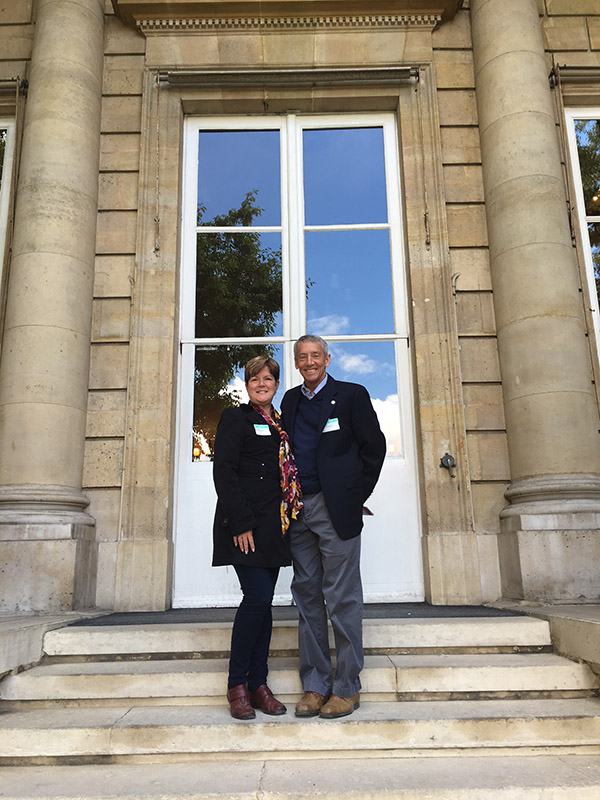 On the steps of the National Assembly in Paris

We traveled to Paris on April 23rd and spent a few days there doing the normal touristy stuff and stayed in a small French style hotel within walking distance to the Eiffel tower. One thing I noted was that there were thousands of buildings hundreds of years old. Any one of those buildings in Cary would be iconic. If you are one to enjoy old beautiful historic architecture Paris is a must see.

At the end of our stay in Paris we visited the National Assembly and were guests of Daniel Fasquelle who in addition to being a Member of Parliament (MP) has a duel role of also being mayor of Le Touquet. We were honored to have a private tour of many of the Parliament buildings and rooms and were privileged to have lunch in the private MP (Member of Parliament) dining room with Daniel Fasquelle. After our visit we caught a train to Le Touquet which is on the northeast coast of France. One interesting note about the train was that the French spent a significant amount of money creating grade separated tracks which allowed the trains to go much faster than cars. As a result it is much faster to take the train than to drive. These trains were full even on a weekday and allowed people to commute from distances that would normally be prohibitive by car. I wonder if we will ever have anything like that in our country. Can you imagine catching a train to the coast of North Carolina and back?

In Le Touquet we were blessed to have many sister city citizens take care of us and treat us like royalty. We learned all about their city and its history.  Interestingly their city is a little over 100 years old which is considered new in France. In World War II it was considered the ideal location for the invasion from the allies because of the long flat beaches. Therefore much of the city and beaches were mined during that time. Luckily the city remained pretty much intact after the war. Le Touquet was actually liberated by the Canadians.

Towards the end of our stay in Le Touquet Mayor Fasquelle held a ceremony to honor our visit and the first visit from a Cary mayor. After getting a tour of the beautiful 100+ year old town hall we gave speeches, exchanged gifts, and signed a guest book. We had a wonderful stay and while I was eager to come home I will miss Le Touquet and all the friends I made there. I do plan to return in the future.

Upon returning to Cary early in the week it was right back to work. Most of my town duties started mid-week which allowed some time for me to catch up with my duties at my SAS job.

Thursday the council held a quasi-judicial hearing to hear a request to reduce an opaque buffer from 65 feet to 50 feet. The applicant submitted plans to berm the buffer in addition to creating opaqueness. There was also a power line easement which put more space between the required buffer nearby residents. After much discussion the council agreed on the buffer reduction with a unanimous vote.

After the quasi-judicial hearing the council held a work session on two items. First the council heard from the town manager on the current and future budget process. Then the council discussed consultants for the second phase of the downtown park.

Some of the notable points I took away from the town manager’s budget process discussion included:

In the second part of the work session the council heard from several staff members who investigated consultants from all across the nation to design the second phase of our downtown park. Here are some of the takeaways from that discussion and presentation:

Our work session concluded about a couple of hours. 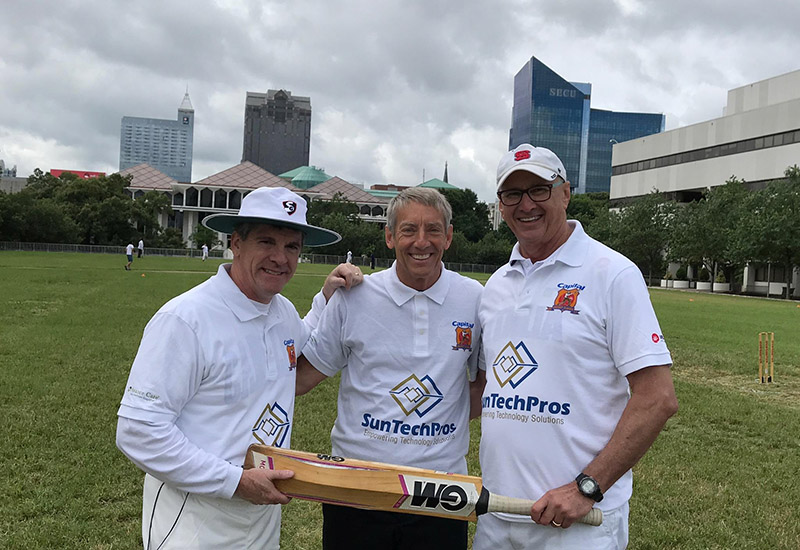 Saturday I joined council member Bush, Wake County Chairman Hutchinson, Morrisville Mayor Stohlman, and Apex Mayor Olive with dozens of others in a cricket match in downtown Raleigh. The event was held to raise money for breast cancer. It is great to have such good relationships with our neighbors and to join together in a cultural sporting event for a good cause. Now that I have a grasp of some of the rules I hope to play cricket again. 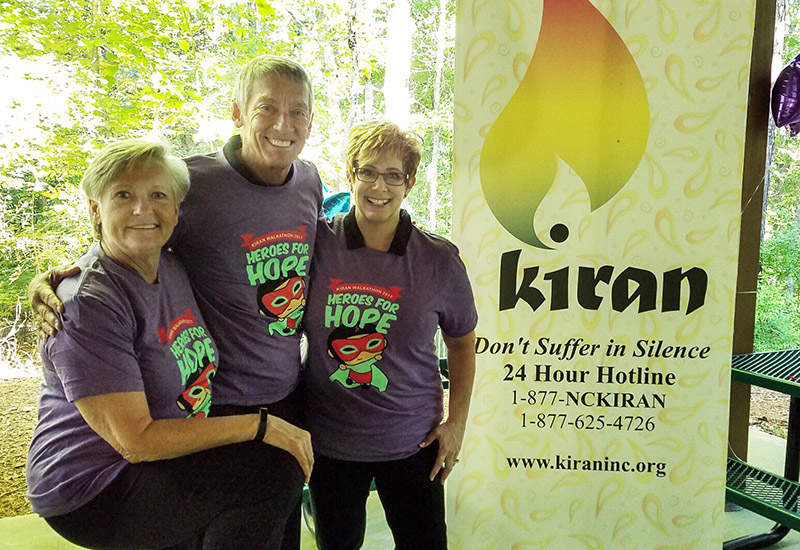 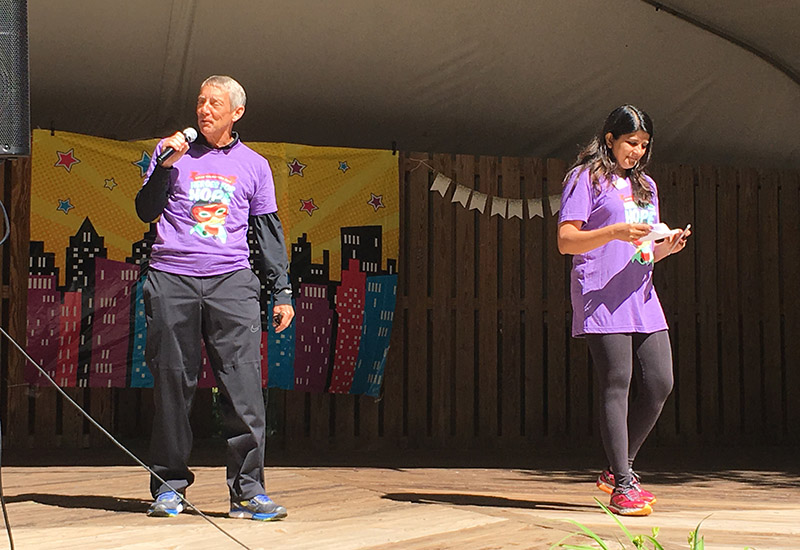 Emails From Staff and Area Government

Emails from the metro mayor’s office this week included notification of the legislature’s proposed new sales tax redistribution. In this proposal Cary would lose over $500,000. Please contact your legislature and tell them that robbing Cary to help others is not the solution. We should all be working together not against the metro areas.

Emails from staff this week included a reminder that the time for citizens to apply to the town’s boards and commissions is now. So if you are interested in becoming more involved in your town please apply.

Emails from staff this week also included development reports from March. Here are some of the notable items from those reports:

To see all plans in review go to http://www.townofcary.org/home/showdocument?id=1484.

On Tuesday, approximately 300 citizens gathered at Crosspointe Church to engage with Town Council and staff to learn more about projects in western Cary. In addition to the presentation, staff was available to speak with citizens before the program at different information tables on topics such as mobility, public safety and sustainability.

This community meeting marks the first time the Town has live-streamed a meeting/event outside of our Town network as well as our first remote TV cablecast of a Town Council community meeting. Over 200 people watched the meeting in real-time or its recording.

The aeration system was tested over the weekend and we are pleased to report that everything ran smoothly and as expected. The contractor will complete work next week and conduct staff training on May 19. The U.S. Geological Survey has returned to collect samples throughout this region of the lake as part of our ongoing agreement with them to study the impacts of the units.

As the result of citizen feedback, the Town is developing a new approach to the parking situation for students of Middle Creek High School and the resulting traffic situation for the area. After brainstorming approaches with Police, our Parks, Recreation & Cultural Resources Department is selling parking passes to MCHS students – 26 as of last week. We will monitor the area and document the effectiveness of this pilot as we work collectively with school officials and HOA officers after the school year.

The monthly operating report for the Utilities Department indicates that all utility systems are running well and are continuing to recover from the April 24-25 rain event. Jamie and his staff are working to treat all of the wastewater that was stored in our equalization tanks following the rain event. It’s great to report that we didn’t experience any reported sewer overflows.

School of Government Classes Wrapping Up

The 14th class of citizens participating in our School of Government program is wrapping up. On Wednesday, they visited with Public Works and experienced the different components of our operations from snow removal to solid waste collection to sewer inspections. The final class will be next Wednesday when participants will get an update on current downtown events and celebrate with graduation.

The number of staff and the amount of time dedicated to making Tuesday’s community meeting a success is remarkable. I’d like to recognize the efforts of the following individuals.

Spring seems to be picnic season! This week I enjoyed attending Finance and T&F staff picnics. It was a wonderful way to visit our amazing facilities and interact with the people who do the work of keeping Cary great.

Next week will be busy with several private meetings, the School of Government graduation, a council meeting, and the Ritmo Latino festival.

Well, that is all for this week. My next post will be on Sunday, May 14th.  Although I have Facebook and Twitter accounts those are not the best means of communications with me. Please send all Town of Cary questions or comments to Harold.Weinbrecht@townofcary.org and email personal comments to augustanat@mindspring.com.