Cary, NC – With the Spring NASL season still very early, the landscape can be shaped by just one game. And North Carolina FC had one of those games as they won against the previously undefeated Jacksonville Armada. 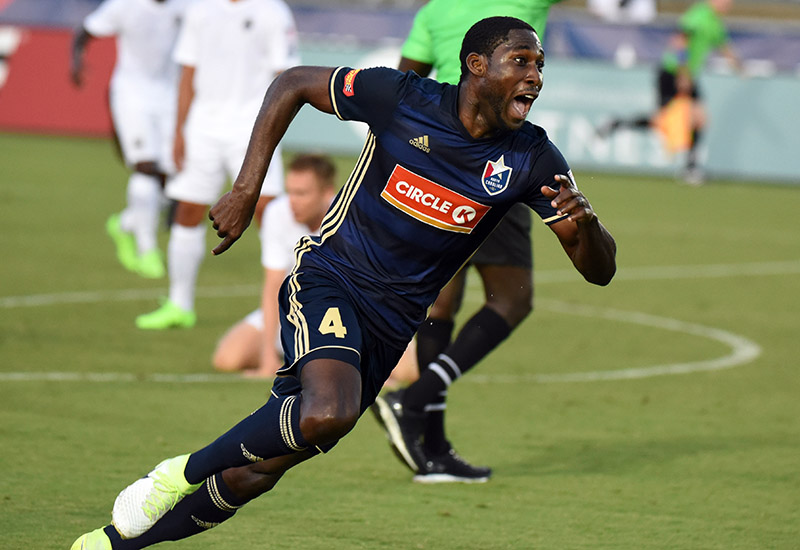 In the Saturday, May 13, 2017 game, Jacksonville started out strong. A kick from North Carolina’s Lance Laing was narrowly blocked by Caleb Patterson-Sewell, then a few minutes later, the undefeated team got in a penalty kick and brought the score to 1-0.

But the energy was able to shift in the 27th minute. Billy Schuler got the ball to James Marcelin, who then hit a huge 20-yard kick and got his first goal of the season for North Carolina, tying the score at 1-1.

Just before halftime, Laing got another goal that will be replayed for the rest of the season. The huge kick curled in the air, perfectly going over Patterson-Sewell’s head and putting North Carolina on top.

And Laing was not done, with a nice goal in the 69th minute off of another foul and penalty kick. The game ended with a 3-1 victory over the undefeated Jacksonville Armada.

Earlier in the game, Jacksonville got another chance to score a penalty kick but it was narrowly blocked by North Carolina’s Brian Sylvestre.

With this impressive win, North Carolina FC now has 11 points, making it close to moving into the upper echelon of the NASL rankings currently.

This big win also comes after a rocky period for the past few weeks, including a loss at home at Sahlen’s Stadium at WakeMed Soccer Park last week, as Head Coach Colin Clarke said.

“It was a bit disappointing last week and that’s been our focus for this week. Even though we fell behind early on, I thought we showed a lot of character and guts to come back and win the game,” Clarke said.

Laing now has four goals for the season, making him one of the team’s top scorers along with Matt Fondy. Albadawi also racked up more assists, after he set the record for assists in one season in the previous Fall.

The team’s next home game is not until Sunday, June 4, 2017 against the New York Cosmos. 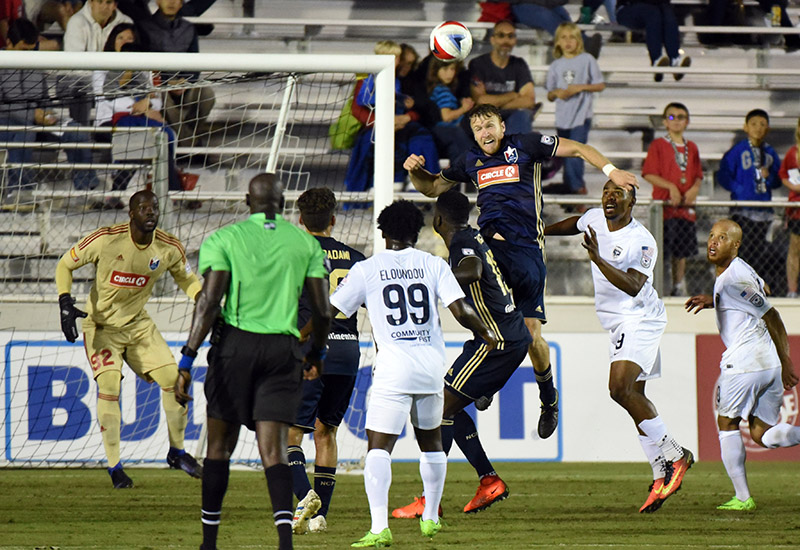