Cary, NC – Movies and music have gone hand-in-hand for more than 100 years but at the Cary Theater, the two will meet in a different way as Asheville band Free Planet Radio performs original music to fit with one of the greats of the silent film era.

This Friday, May 19, 2017, the Cary Theater will be screening the classic Buster Keaton film The General from 1927. And to go along with the film, Free Planet Radio will be playing their own music along with it.

“They didn’t want us doing a period-appropriate rendition of the film’s music,” said Chris Rosser, one of the band’s three members. “They wanted a fresh take on it. We’re largely a world music and jazz band with lots of improvising so it’ll be different right from the start.”

To prepare for this special performance, presented by Six String, Rosser said he and bandmates Eliot Wadopian and River Guerguerian have been watching and practicing along with The General to get familiar with it.

“We’re trying to see how our songs work with the movie,” Rosser said. “For the performance, we’re going to be on the floor in front of the stage and we’ll be turning to watch the movie along with the audience.”

Rosser said he has done similar music events to play alongside short films in Asheville but with a feature length movie, it is a larger task for him and the rest of Free Planet Radio. 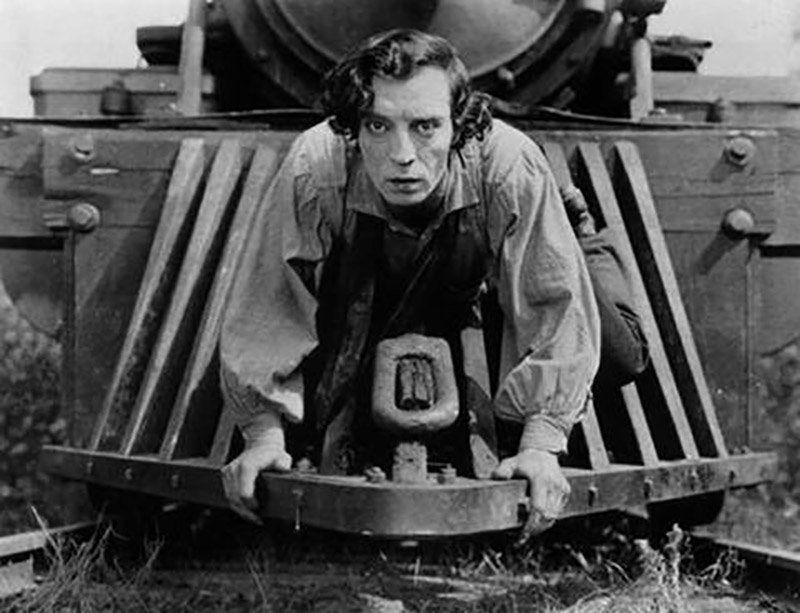 A frame from The General

How to Play for a Classic

While Rosser has not scored a full-length movie live before, he has written music for television and independent films before. That, combined with his experience as a solo singer-songwriter, got Six String to reach out to him.

“They thought of me because of my background and originally wanted me to do the whole show on my own,” he said. “And I said I could do it by myself but it would be better with the whole trio. It would create a much richer sound.”

As a group, Free Planet Radio has been recognized for their work playing music and instruments from Turkey and China to Europe and the bluegrass mountains of Appalachia. In 2014, the band received a grant from Chamber Music America to compose new music for quartets and in 2016, they were invited to China on a 20-city tour.

But with this special concert event, Rosser said it is also stimulating his love for movies.

“In my late 20s and early 30s, I was obsessed with movies. I loved classic directors like Fellini and I would always try and see foreign films,” he said.

Rosser said silent comedies were not a part of his early film consumption so this has helped open up a new world to him.

“It’s been an educational thing too, especially with The General being one of the most famous and classic of all time,” he said.