Cary, NC – One of the least talked-about cancers is also one of the most common. But a partnership between Fortnight Brewing and The Polka Dot Mama Melanoma Foundation (PDMMF) is bringing skin cancer to the forefront with a new beer.

Made in the Shade

Fortnight Brewing, located on SW Maynard Road, recently released its new “Made in the Shade” beer, with proceeds from cans going to PDMMF. Tracy Callahan, founder and CEO of the foundation, said the partnership began when Stuart Arnold, president and CEO of Fortnight, approached her after one of the group’s events.

“Stu reached out to me and said he felt an overwhelming sense of community coming together from our event,” Callahan said.

Then Arnold, whom Callahan described as a “community hero,” proposed making a new beer with PDMMF’s message printed on the can.

“It has advice such as wearing 30 SPF sunblock, reapply it every two hours and a link to our website,” Callahan said. 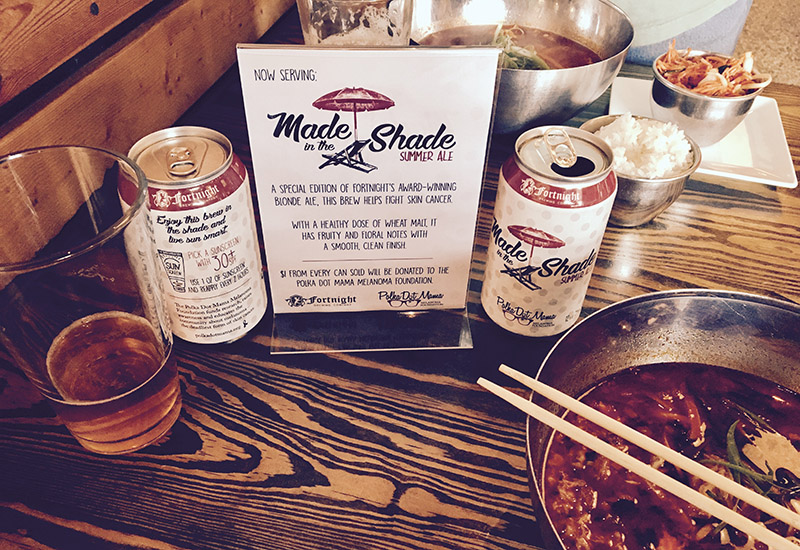