Cary, NC – When most people think of a service dog, they think of a guide dog for someone with limited vision or someone who has difficulty with their mobility. But a service dog company in Apex is offering something different, with dogs trained to assist people on the autism spectrum. 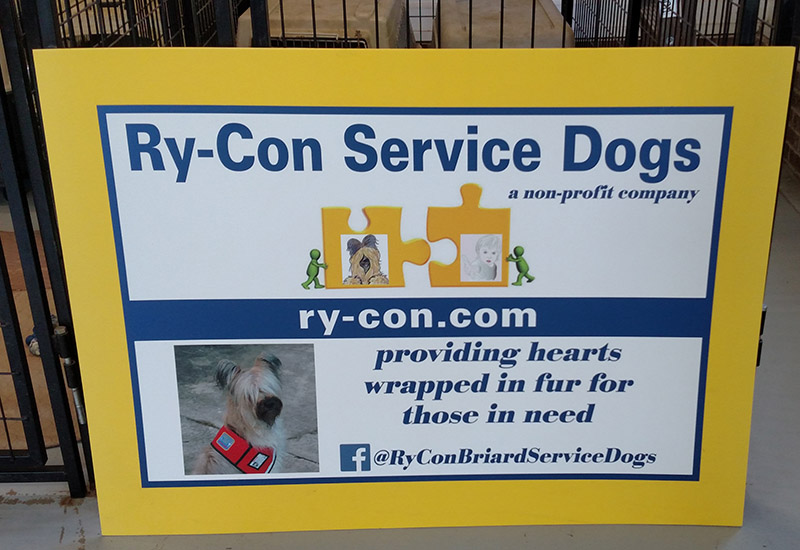 Mark Mathis started Ry-Con Service Dogs in 2009, following his son’s autism diagnosis. Mathis looked for service dogs to assist his son but found most dogs did not fit his son’s needs.

“They didn’t benefit people on the autism spectrum, who sometimes have problems with transitions or can have meltdowns,” Mathis said.

So Mathis began training service dogs for these purposes and has been continuing for almost 10 years now, and has never had a dog returned.

For children on the autism spectrum, Mathis said parents will try to redirect their attention to something positive when they begin having anxiety or difficulty with a situation.

“But a dog can do even more by engaging with them to take their attention,” Mathis said. “And it adds a tactile stimulus and a dog can alert a child to new situations.”

Ry-Con Service Dogs have also been used by people with post-traumatic stress disorder or PTSD and Mathis said their needs are very similar to the needs of people with autism.

“There’s befuddlement, there’s depression, there’s anxiety,” Mathis said. “But as opposed to some of the medication give for PTSD, a dog doesn’t have any side-effects.”

Plus, when a person is dealing with PTSD, Mathis said attracting attention from other people can exacerbate their concerns. But with attention from their service dog, that is not the case.

Another way service dogs can help children with autism is Mathis said some children will begin running if they are stressed, which can lead to danger if they are near a busy road.

“With the dogs we use, they don’t aggressively take the children down but they help guide them back,” Mathis said. “And they keep their focus squarely on the child.” 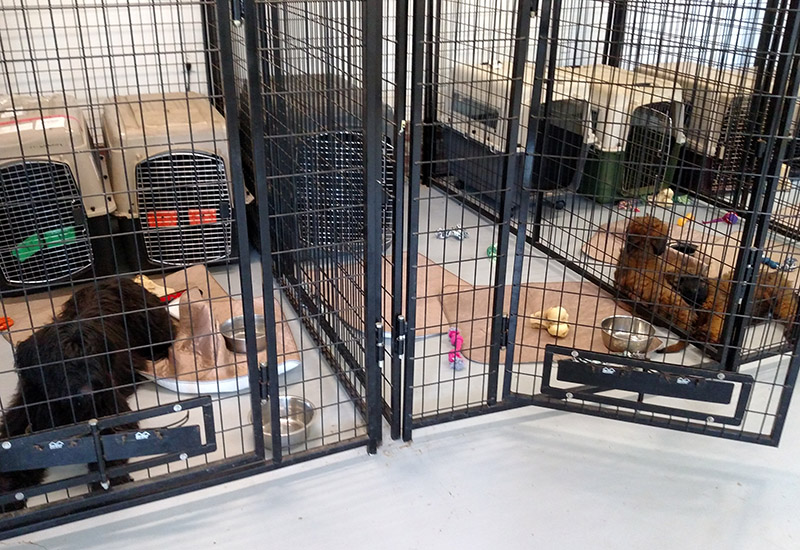 Ry-Con’s service dogs are herding breeds, picked for their larger size, lack of “slobber” and they do not shed, such as the Briard dog

Ry-Con has been operating as a philanthropy since opening, with only the high school students who give their time to clean the dogs’ space and walk them getting paid. Since 2009, Mathis said they have paired dogs with families around the country, though primarily in the local area.

“The families don’t have to deal with the dogs as puppies, when they have to go through their early fear or the bonding process,” he said. “And as the children get older, the dogs can be trained to take on any new needs they may have.”

And Mathis said he has seen, both through experience with his son and with the families who have come through Ry-Con, service dogs help people regardless of their position on the autism spectrum.

“Higher-functioning kids are commonly overlooked but as they reach adolescence, that’s a crucial crossroads in their lives and they may still have problems with social interactions,” he said.

But with a service dog, Mathis said that barrier can be broken down and overcome feelings of isolation.

“If you’re walking with a big fluffy dog, that is a tractor beam for friends,” he said.

With Ry-Con coming up on its 10th year soon, Mathis said there are plans for expansion in June, with several acres of space opening up off of Ten-Ten Road.

“It’s necessary for the volume we’re being asked for,” he said. “It’s cathartic for me to see these children success and these dogs succeed.” 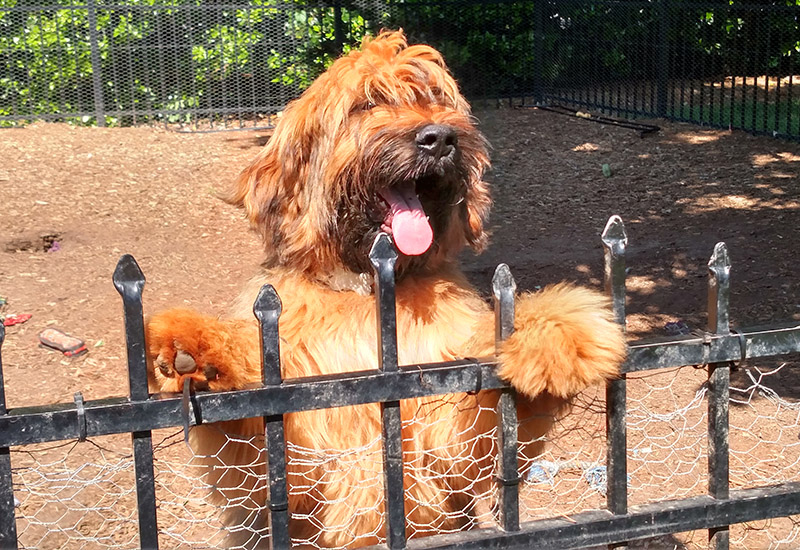