Cary, NC – Good rock and roll is timeless and every generation can learn to play and appreciate the music. And in Cary, the class for the new generation starts in the Summer as Tom Teachout begins his rock camp.

Tom Teachout has been operating his Summer rock camp for the past five years, taking students from kindergarteners to rising sixth graders. And Teachout said the introduction to rock starts with getting students to listen and understand the music.

“We listen to certain things. We listen for strong beats, anticipated beats. There’s a lot of that in rock,” Teachout said. “So when we play new rock songs, it’s not new to them.”

And Teachout said this sense of the beat is felt across all instruments and the students can pick up on it even on a tactile level.

“They can feel it in the strings,” Teachout said. “It carries over to all instruments. Even on drums, you want to push that beat on the third with the bass drum.”

While Teachout said this kind of musical theory and detail might be too complex for younger students if it was just described to them, but by listening and understanding the music, it becomes clear.

“They can get a sense of rhythms and changes,” Teachout said. “The shapes of the songs.” 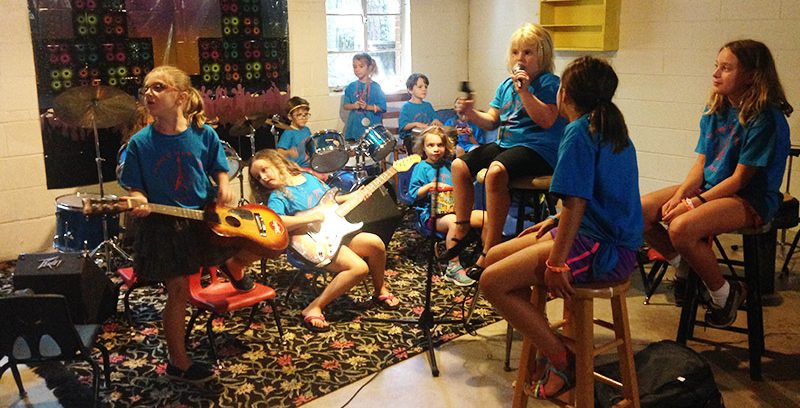 When talking about how rock music has these rhythms and changes, Teachout said music fans do not have to go far to find this on their favorite albums.

“A good classic rock song has a lot of that,” he said.

And Teachout said he will often have his students come in and recognize the rock music he uses to teach.

“It’s stuff their parents know and I’ll have kids know it from listening with their parents,” he said. ‘It passes down through generations and these kids grow up hearing it.”

Teachout said he does not downplay the amount of great music that is coming out today, from a variety of genres, but said there is something special about the music he grew up with.

“There was so much great music and you hear that classic influence in music now too,” he said.

All classes go from 9 AM to noon, except for the final class on Friday which goes until 1 PM for a pizza party with an award ceremony.

For more information on the camps, email tomteachout@aol.com or contact Teachout directly at 919-564-6030. 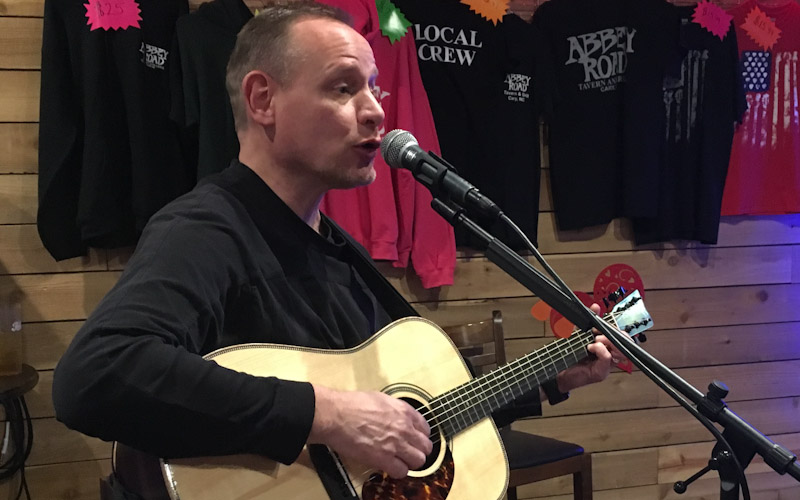 Story by Michael Papich. Photos by Tom Teahcout and by Hal Goodtree.