Cary, NC – If you have worked at a town event or participated in volunteer activities, you have no doubt encountered members of the Cary Teen Council. And for another year, their work has been recognized across the state, with the group picking up two big awards for their work in 2016.

“We are very proud to see our members recognized for their hard work volunteering both within the Town of Cary as well as local area schools and organizations all year long,” said Doug Peters, Program Assistant for Teens with the Town of Cary.

In the past year, the participants in Cary Teen Council racked up a collective 20,000 hours of volunteer work, with more than 1,000 students taking part in the organization.

The Cary Teen Council also won the Most Outstanding Council award in 2009 and 2013.

For the Cary Teen Council’s Most Outstanding Project, they were awarded for Triangle’s Got Talent, which took place at the Cary Theater on Sunday, April 2, 2017. The event was an opportunity for teenagers and high school students from around the area to show off their skills, whether it be singing, dancing or anything else.

Admission to Triangle’s Got Talent, more than $1,600, went to Read and Feed, an organization that works on literacy in low-income areas.

In the past the Cary Teen Council has also won the Voluntary Service Award by NRPA in 2010 and the Jefferson Award for Public Service in 2013. 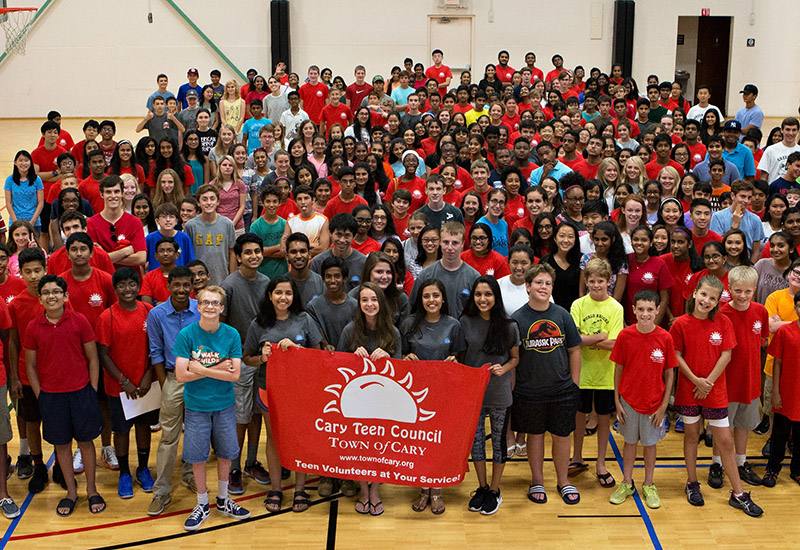