Cary, NC – Cary played host to two fast-paced soccer games this weekend, with the North Carolina Courage maintaining their position at the top of the league against FC Kansas City while North Carolina FC took on the New York Cosmos.

The Courage started out with a very tight game on Saturday, June 3, 2017, almost neck and neck with Kansas City in the first half in terms of possessions. There was slightly more control for the Courage and this limited Kansas City’s offense, only getting in four goal attempts.

But this did not result in the Courage getting one over on their opponents either, with only one goal attempt in the first half coming close. A header from Abby Dahlkemper bounced off the goal posts and ended up giving Kansas City a big opening to try and score on the home team, but goalkeeper Katelyn Rowland blocked the huge shot from Kansas’ Sydney Leroux.

Then in the second half, things changed rapidly. In the 60th minute, McCall Zerboni took a set-up header from Abby Erceg and, only a few yards away from the goal, was able to knock it in past Kansas’ goalkeeper Nicole Barnhart.

Fewer than 10 minutes later, the Courage scored again thanks to Ashley Hatch taking an assist from Lynn Williams and burying it into the net with a huge kick.

The rest of the match saw the Courage maintain their control by not allowing any goals from Kansas and the game ended in a 2-0 shutout victory, keeping the Courage as the top team in the league.

The Courage’s next home game is on Saturday, June 17, 2017 as they take on the Boston Breakers. 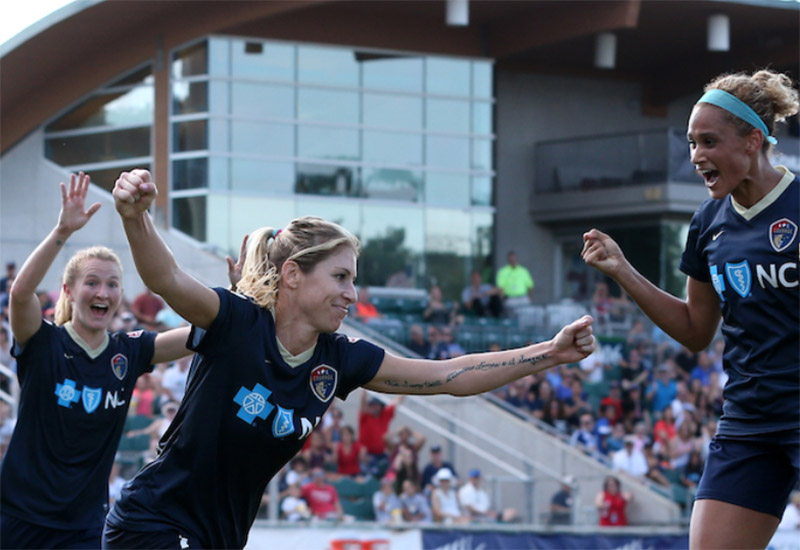 On Sunday, June 4, the day after the Courage took to the field, it was North Carolina FC’s turn to play at Sahlen’s Stadium at WakeMed Soccer Park, against the New York Cosmos. And like the Courage game the previous day, there were no goals in the first half as both teams pressured each other.

This time, it was the Cosmos’ who were the more aggressive and in the second half, they pressured the home team hard, making Brian Sylvestre make three saves in just the opening five minutes of the half.

But by the 52nd minute, it was all too much. New York’s Walter Restrepo got a cross near the goal and sent it to Juan Guerra in the box. This allowed Guerra to make a big kick at close range and got it past Sylvestre to make it a 1-0 game.

This set a fire under NCFC but they were unable to make another goal and the game ended with the Cosmos winning by just a point. This is their seventh game in a row where they have not lost.

“I think the Cosmos, if you look back over the game, deserved the result. They were the better team on the day, which is disappointing,” said NCFC Head Coach Colin Clarke. “We didn’t start well. We talked long and hard all week that we needed to set the tempo. We didn’t connect enough passes early on or keep the ball. We were the ones doing the chasing and that’s hard under tough conditions. I think that caught up with us and we looked tired and sluggish.”

The next home game for NCFC is Wednesday, June 14, 2017 against the MLS team the Houston Dynamos in the Open Cup. 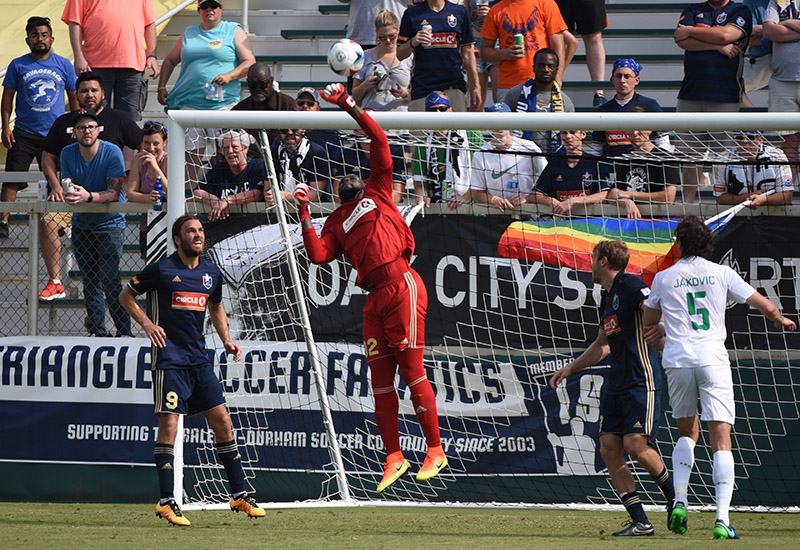