Cary, NC – In an exciting game, North Carolina FC nearly defeated an MLS team to advance in the Lamar Hunt U.S. Open Cup but a goal late into the extended time took the home team out of the tournament. 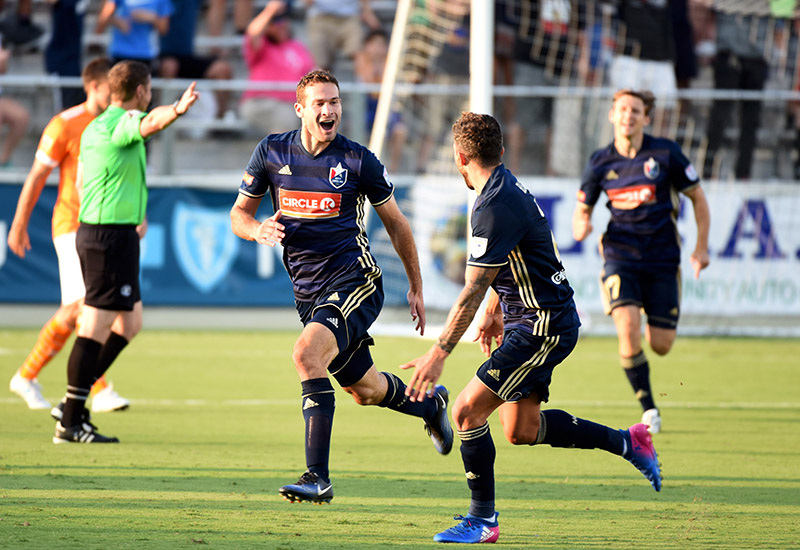 North Carolina FC took on the Houston Dynamo, currently ranked third in the MLS’s Western Conference, in a Wednesday, June 14, 2017 game at home at Sahlen’s Stadium at WakeMed Soccer Park.

The game meant a big opportunity for North Carolina FC, who are bidding for an MLS franchise, to show that they can hang with the top teams in the nation. And they started off the game with a promising showing, scoring in the first four minutes thanks to a huge long-range kick from Steven Miller.

But a few minutes later, Houston responded with a narrow goal, as Andrew Wenger got away from NCFC’s defenses and got a shot in that just bounced off the goal posts. From this point on, it was clear to both players and spectators that this would be a fast-paced, closely fought game.

Sure enough, Houston was able to score in the 25th minute, thanks to Wenger and Vicente Sanchez working together to get a shot past NCFC’s Brian Sylvestre. The two teams continued to wrestle for another point for the remainder of the second half with multiple close calls, including one from NCFC’s Lance Laing that was narrowly deflected.

The warring continued into the second half, with Houston scored in the 62nd minute after Dylan Remick stole the ball and took it across the field for a goal. Then, not long after, Laing got an incredible goal as his kick made the ball bounce perfectly down and over into Houston’s goal.

Regulation time ended with a 2-2 goal, with both teams tired from the battle and likely frustrated from the lightning delay. But since this was an Open Cup game, there had to be a winner so gameplay continued. The home team almost got an incredible win as Matt Fondy got a header as close to the goal as one can. But it was still caught and blocked by Houston’s Joe Willis.

Then, in the 109th minute, Houston was able to get a corner kick in thanks to Memo Rodríguez and NCFC was unable to respond to it in the remaining time, ending the game 2-3 and knocking the home team out of the Open Cup. 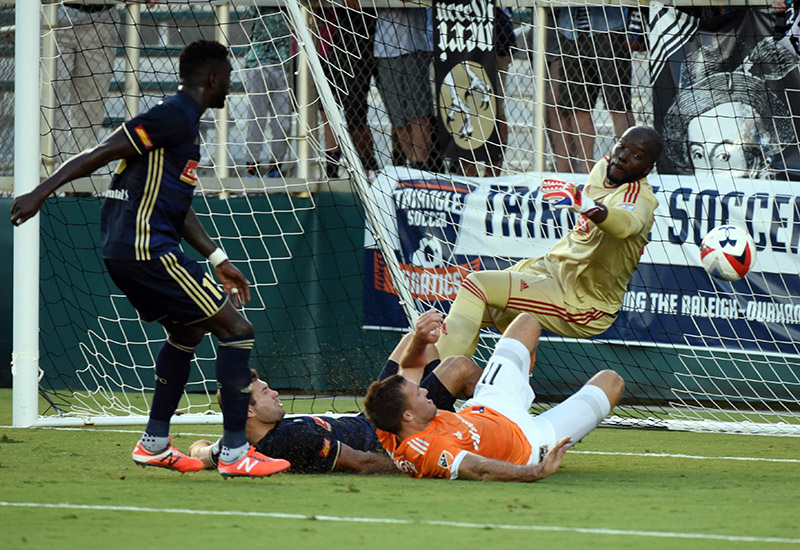 While the game was exciting and showed NCFC can potentially hang with top MLS talent, Head Coach Colin Clarke still said it was a disappointing loss.

“It was a lot of fun to watch and was pretty much end-to-end with a lot of chances. Maybe their bit of quality probably told in the end,” Clarke said. “We had enough chances to win the game and go ahead in extra time, but we weren’t clinical enough.”

This match was Laing’s sixth goal of the season. 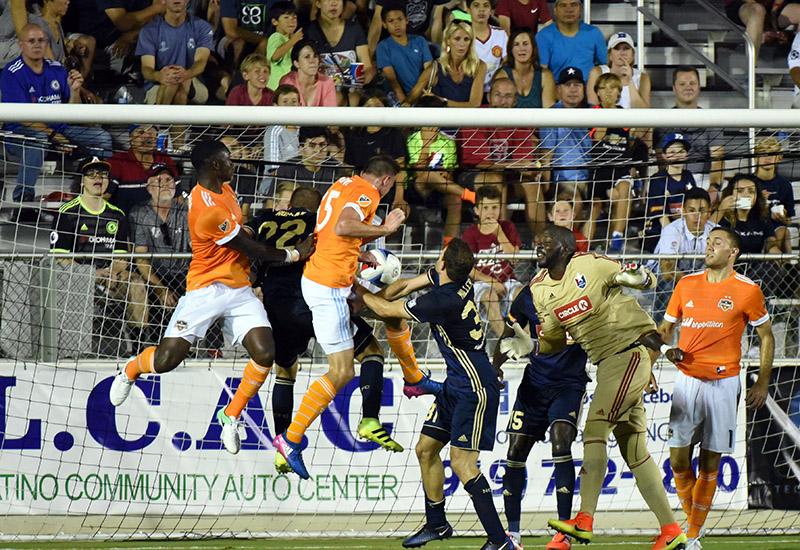