Cary, NC – When it comes to sports in the United States, often it’s high schoolers and youth teams that get the most attention. But a Cary-based organization is launching its second-ever USA Masters Games over the next month, bringing adult athletes together for competition and friendship.

All Around The Country

Masters sports refers to adult athletes participating and the cut-off for age varies by each sport, from older than 18 for some and up into one’s 30s for others.

Hill Carrow, CEO of the USA Masters Games, said organizing an adult sports event comes with its own challenges.

“A lot of youth events come with teams already in tow,” Carrow said. “With adults, you need to work to organize them into groups and teams.”

Carrow himself is a longtime Masters athlete, participating both in swimming and as a coach and trainer for others who participate in Masters competitions. But in his time, Carrow felt the lack of a national Masters Games in the United States was a missed opportunity.

“They have games in New Zealand, Europe, there’s a Pan-Pacific game. The grandaddy of them all is in Australia, which is having its 32nd Games this year,” Carrow said. “It’s something that’s been done well around the world but not here. And we probably have the most top-level Masters athletes here in the United States.” 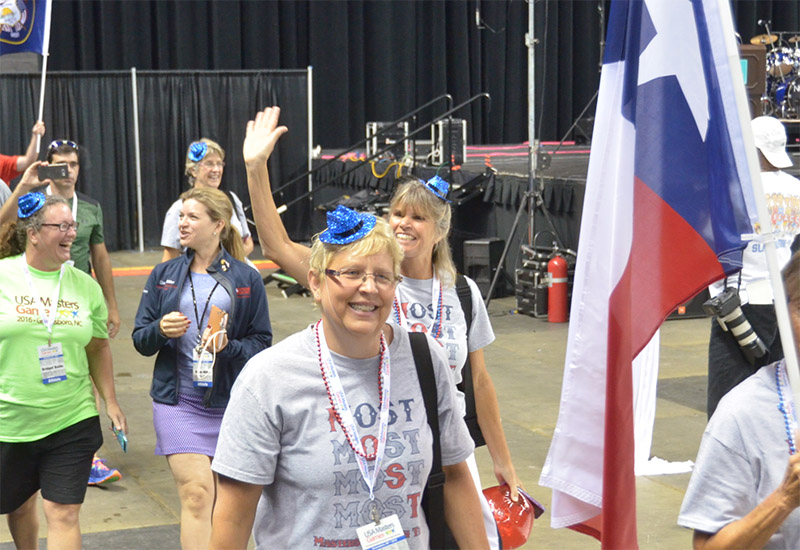 Participants at the Opening Ceremonies of the 2016 USA Masters Games

2016 was the first USA Masters Games, held in Greensboro. Carrow said doing such a large event for the first time had its challenges but it got good reviews.

This year, the Games are in San Diego, which Carrow said works well because it is already a destination both for travelers and for sports, though it carries its own obstacles.

“Going to the other side of the country, it’s like starting all over again as we try to get the word out to the West Coast,” Carrow said.

Also, the dates of some of the events have had to be split up across a few different days, but Carrow said on the positive side, it gives the crew a chance to prepare on the earlier days so they will be able to handle the events in the latter half.

Hopefully, by continuing to bring Masters athletes to these games, Carrow said the word will get out about what they are trying to do.

“We’re still in a starting phase and we’ll likely still be in one for the next few rounds,” Carrow said. “But this is not just about competition. We have many social events and it’s a way to meet new people and make new friends, while having good competition at the same time.

And Carrow mentioned, when the Olympics started in 1896, they were not a wide success and had to coincide with the World’s Fairs until it took off in 1908.

“Even the biggest events take some time,” Carrow said. 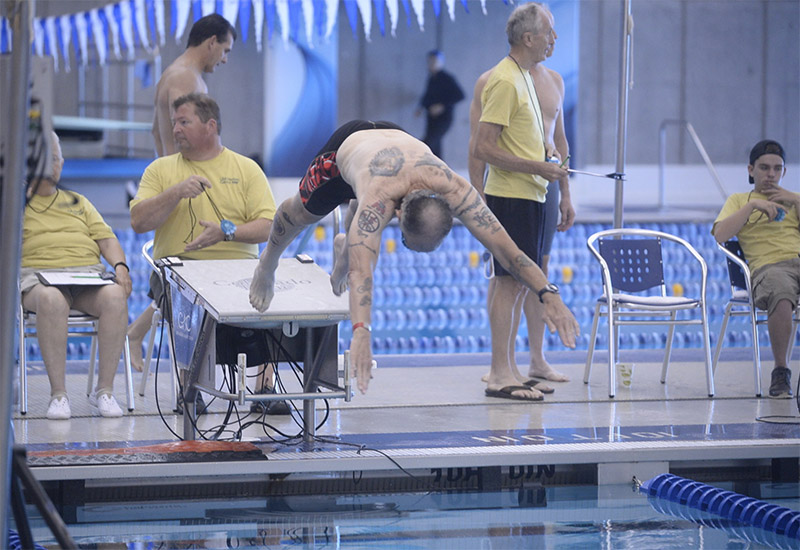 JuiceVibes Wants Cary To Enjoy Its Fruits and Vegetables