North Carolina FC has had a very split record this season, with seven losses, three draws and before the Saturday, July 15, 2017 game, five victories. But the game started with no less conviction than any other NCFC game as the home team focused on attacking hard at Sahlen’s Stadium at WakeMed Soccer Park.

This strategy paid off, as Lance Laing got his sixth goal of the Spring season in the 15th minute. Nazmi Albadawi had possession of the ball as Laing positioned himself in between PRFC’s defense and the goal. Albadawi hit a big pass that connected with Laing, who got a direct confrontation with PRFC’s goalkeeper Trevor Spangenberg for the point.

The home team continued their offensive pressure, with possession for 63 percent of the entire game. And NCFC came close to adding two more points to the pile as Albadawi and Christian Ibeagha both came within inches of getting a goal themselves. 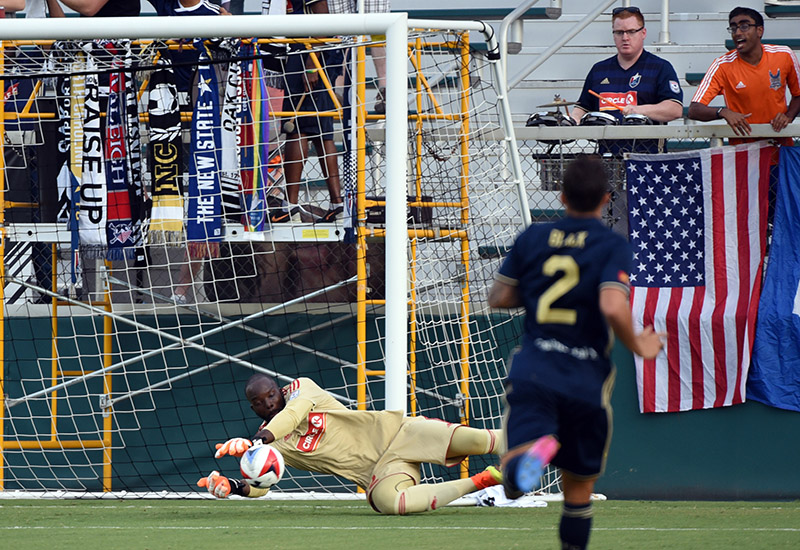 While NCFC kept up their pressure and attack, PRFC was able to slip past their forces to get a point of their own. Kyle Culbertson charged down the field, the ball under his control, and crossed it to Phanuel Kavita. Kavita then got in a terrific kick and scored the ball past NCFC’s Brian Sylvestre in the 83rd minute.

Now the game was 1-1 with little time left. The game continued to rage on, and near the end of completion time, Culbertson pulled down Albadawi in the box. This gave NCFC a penalty kick, for which they put in Matt Fondy. Fondy was the top scorer in the previous season and he put those skills to work again, getting the penalty kick in and ending the game 2-1.

“I thought we deserved it overall,” said NCFC Head Coach Colin Clarke. “We were fortunate a little bit at the end, maybe it was on the line or just outside. I think we played well enough and created enough chances, particularly in the first half to be two or three up. Fair play to them, they came out the second half and stepped up their pressure a little bit. I think overall, we deserved the three points.”

The next home game is a special marquee match against English Premiere League team Swansea City AFC on Saturday, July 22, 2017 at 7:30 PM. 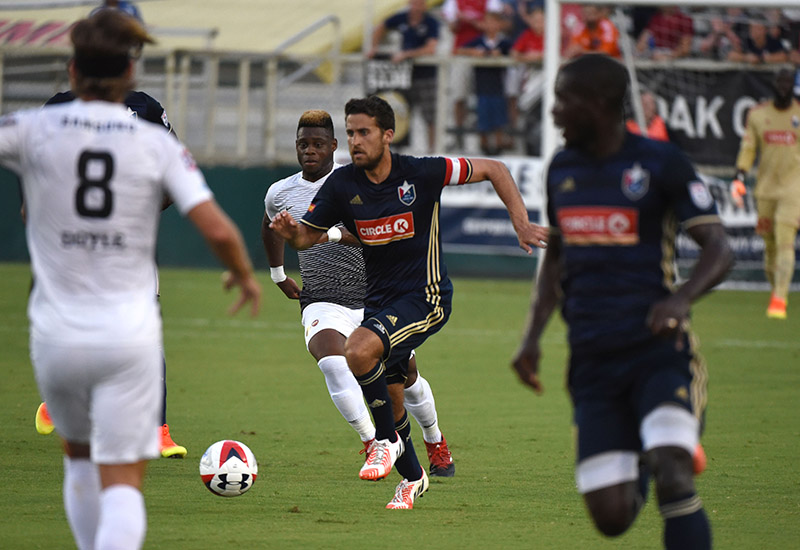