Cary, NC – With around 140 acres of forestry, the Hemlock Bluffs Nature Preserve is one of Cary’s best and most beautiful natural features and a new grant will help educate the public about this unique part of the Cary ecosystem.

“Because of this new technological age, they’re not touching today’s visitor and we want to have more interaction,” White said.

This new plan, which includes interactive screens that display information about the wildlife at Hemlock Bluffs, will bring in a new audience and attract more kids, White said.

But the Friends of Hemlock Bluffs are actually receiving a two-year grant, meaning around $40,000 for the preserve.

“We were surprised but excited,” White said. “The first year is set because it was in the line item budget but hopefully the grant is in the budget for the second year also.”

The Friends of Hemlock Bluffs also has funds this year through the Lazy Daze grants and private donations. 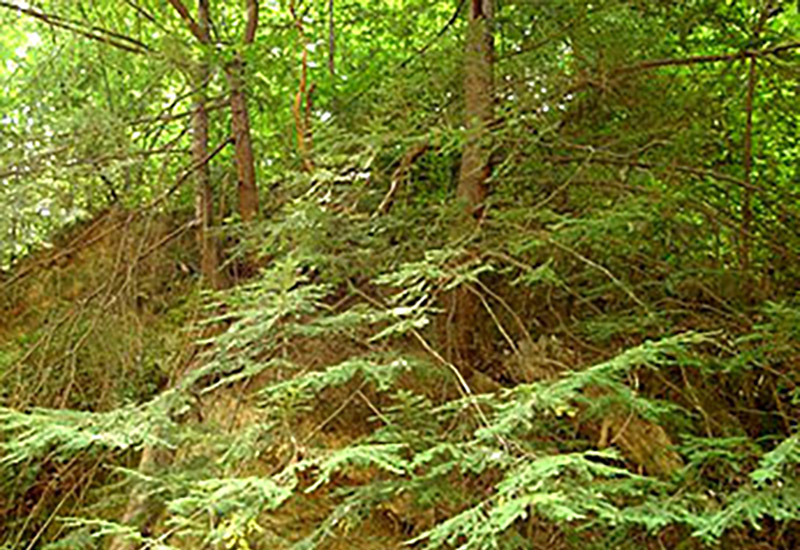 In addition to using the grant funds to upgrade the exhibit hall, White also said they will be used for the mini-theater in the nature center and to update the video that visitors see.

“The video we have now involves a lot of still photography because we didn’t have the resources for video,” White said. “Now, we will hire a videographer to capture Hemlock Bluffs to let visitors know what they should look for.”

And with video, White said it also allows visitors who have limited mobility to get a dynamic look inside Hemlock Bluffs instead of looking at still images.

Phase Two of the grant allocation will focus on the trees of Hemlock Bluffs, from the treatment of Woolly Adelgid to cataloging seeds and creating a nursery of young trees from the preserve’s unique gene pool. This is also part of a new partnership with North Carolina State University.

White said the Friends of Hemlock Bluffs have also used grants to work on the Children’s Nature Trail, from groups such as the The Jandy Ammons Foundation and outdoor retailer REI.

“We’re quietly working to make this the gem of nature preservation in Cary,” White said.

The Hemlock Bluffs Nature Preserve is located at 2616 Kildaire Farm Rd. in Cary.