Morrisville, NC – From working on Morrisville-Carpenter Road to widening NC-54 to a series of changes to McCrimmon Parkway, there is a lot of roadwork planned for Morrisville and increased funding from the North Carolina Department of Transportation (NCDOT) will see those expanded and accelerated.

Benjamin Howell, Morrisville’s long range planning manager, addressed a meeting at the Morrisville Chamber of Commerce on Wednesday, August 9, 2017 to give an update on the various transportation projects and plans for Morrisville.

Earlier this week, a new NCDOT funding plan was approved that deals with projects going from 2018 to 2027. That is because of a law passed in 2012 that changed how funding is allocated.

“It put in place a prioritization procedure for NCDOT that has been very good to Morrisville,” Howell said.

Among the plans funded through this new plan are widening NC-54, widening and grade separation on McCrimmon Parkway, work on the I-40/Aviation Parkway interchanges, extending NC-147 and connecting Louis Stephens Drive. All of these are NCDOT-managed plans.

Other projects going on around this time will be work to extend McCrimmon Parkway. As part of this, the section of the road near NC-54 and Chapel Hill Road will be closed for the next two to three weeks. Drivers are recommended to get around it by using Morrisville Carpenter Road and connecting to either Davis Drive or NC-54.

But these kinds of detours and blockages are something Howell said unfortunately go along with all of this road work.

“Road work signs and orange barrels are going to be very familiar over the next 10-12 years,” Howell said. “Hopefully people will have patience.”

But Howell also said not all projects will require full closure and many projects are grouped together so that will potentially make it easier for motorists. 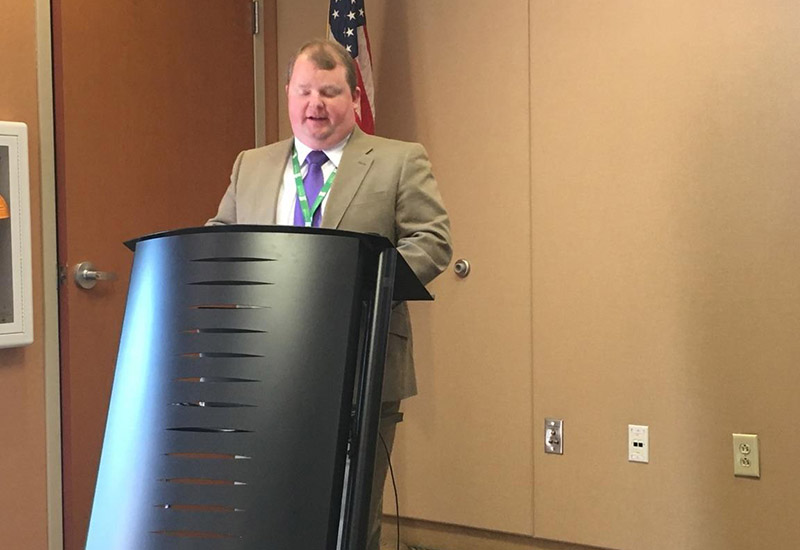 Included in the $243 million in funding for the transportation projects in Morrisville include four new sidewalk projects: three on Church Street, McCrimmon Parkway and Morrisville-Carpenter Road by 2022-2023 and one along Airport Boulevard by 2020. These will be managed by the Town of Morrisville and require a 20 percent match in funding from the town.

Howell said the updated version of Morrisville’s Comprehensive Transportation Plan is having its next public discussion at the Morrisville Town Council meeting on Tuesday, August 22, 2017. The plan outlines changes in roadwork and greenways in Morrisville, ranging from extending and expanding certain roads to adding roundabouts and more.

There have been two open houses on the plan and 267 online responses.

Looking at a chart of Morrisville roads and seeing which ones are currently above or nearing capacity, Howell said this indicates  conditions will get much worse by 2040 if no changes are made.

The Town of Morrisville is also continuing with the Wake County Transit Plan. Items such as bus service expansion has already occurred, which Howell said is one of the easier elements to implement, though they are looking into possibly expanding GoCary bus service into Morrisville in 2019.

Currently, items such as new bus routes and commuter and light rail are still being studied. But in terms of the progress on roadwork and the funding Morrisville is receiving, Howell said things look promising. 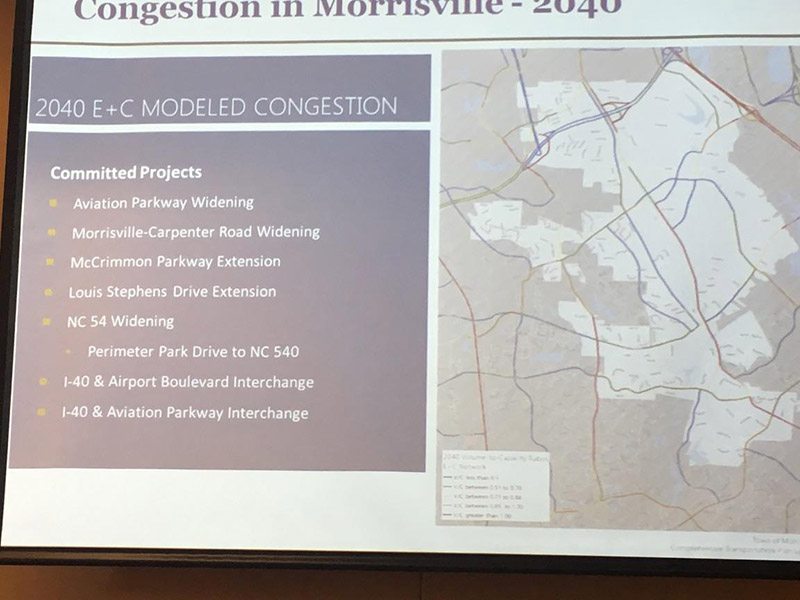 A map of congestion across Morrisville

The Cary Scavenger Hunt has a Phone App
Scroll to top