Cary, NC – When mental healthcare gets discussed, it is often about funding for health services or the way people with mental illness are perceived by society. But a new documentary by local filmmakers looks at what happens with patients themselves, screening their documentary at the Cary Theater and taking questions from the audience.

Josh Sabey is the writer and director behind the documentary Going Sane, screening at the Cary Theater on Friday, August 25, 2017 at 7 PM. Sabey said a large part of this documentary is looking at a lack of evidence-based practices in mental health therapy.

“Often therapists were not selecting treatment based on outcomes. They were influenced by biases, opinions and their own experiences,” Sabey said. “70 percent of therapists don’t use evidence-based practice.”

The interest in this subject comes from a personal place. Sabey said his sister had anorexia and went to treatment centers for close to a decade but eventually studied more about her therapy and was surprised.

“During this process, my parents started reading about what should be used and were surprised by the best treatments not being used,” Sabey said. “And this was not amateur reading. They looked at studies based on scientific research.”

Sabey said, in the case of anorexia, focal psychodynamic therapy or behavior therapy are considered the best practices and have “by far the most evidence” but are not put in place by therapists. 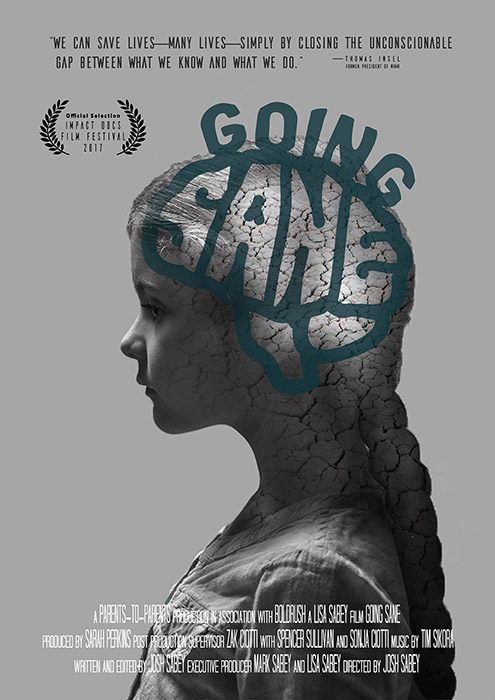 In Going Sane, Sabey said he also goes into the history of mental health practices to try and explain why evidence-based treatments are underutilized. Sabey said it links to an idea that parents or families are of the cause of mental illness or mental health impacts.

“Research shows often that is not the case, but it also means parents are left out of the treatment,” Sabey said. “Then there is no accountability because they don’t know what the treatment is or what is being done.”

At the August 25 screening of Going Sane at the Cary Theater, there will be a Q&A period with the audience. Sabey said this is part of his overall goal to educate viewers.

“We’re not anti-therapy; we want people to get good treatment,” he said. “But they need to know that they have to be informed and families need to be included.”

Sabey also points to the film’s website as a place to find more mental health resources and information.

Lenny’s Expanding Into Cary As It Rebrands