Cary, NC – The Fall Season had a strong start for North Carolina FC, including a recent and dramatic win over their Tuesday opponents, but they were unable to pull another win or draw out and fell to Miami FC 0-1. 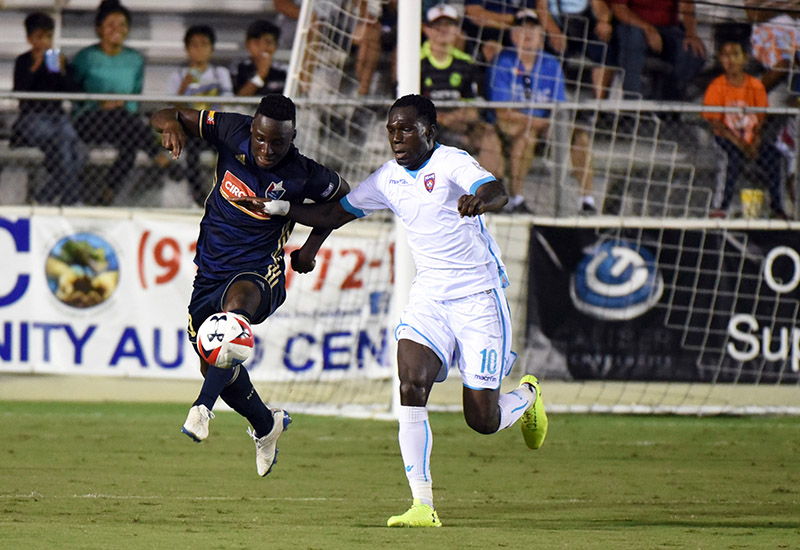 Miami FC is known as a tough team and in their game against NCFC on Tuesday, August 15, 2017 at Sahlen’s Stadium at WakeMed Soccer Park, they proved their mettle.

NCFC stuck with their usual strategy of constant and quick attack in the beginning of the game but nothing was able to make it past Miami’s goalkeeper Daniel Vega. Even an assist from Nazmi Albadawi to Bill Schuler inside the box was not able to make it past Vega’s hands.

But where NCFC couldn’t get a goal in the opening minutes, Miami succeeded. In the 15th minute, Miami’s Jaime Chavez got in close range to the home team’s net after a pass from Ariel Martinez. Chavez sunk the goal in and put Miami on the scoreboard at 1-0, where it would stay for the remainder of playtime.

NCFC tried for follow-ups and came close on many chances but were not able to even the score. Often, the failed attempts could be chalked up to Vega’s quickness to block and catch the ball. On one early attempt, in the 19th minute, Lance Liang had the ball and took a risky shot that ended up overshooting the goal. This strong defense led to a game ended 0-1, with Miami pulling out a win.

This was NCFC’s first loss since Friday, July 7, 2017 against FC Edmonton, who the team will play again at home in early September.

The team’s next home game is against the New York Cosmos on Saturday, August 26, 2017. 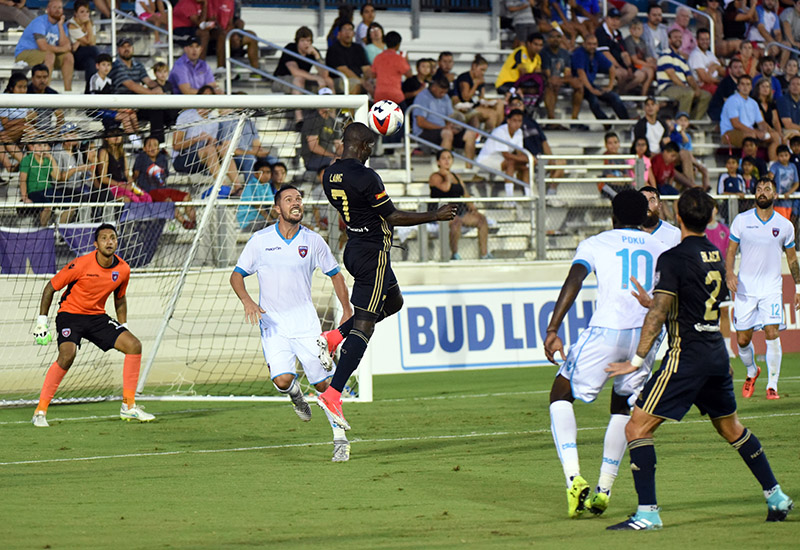