Cary, NC – There’s a lot a person can do in 100 years. One Cary resident who recently celebrated her 100th birthday talked about her experiences, from working in Central Africa to ministering in impoverished parts of the United States.

Esther James was born July 27, 1917, now living in Cary with her son David James because of her medical needs. James has had a long life of experiences, especially because she decided what she was going to do with her life when she was 12 years old.

“I went to a Bible camp meeting – both my parents were evangelists – and I listened to the head missionary talk about working in Africa,” James said. “I decided I would go to work as a missionary in Africa too. It was my calling.”

From then on, James focused on fulfilling this calling, even though she said her parents did not fully trust her and tried to steer her toward other life choices.

“They didn’t make all the decisions for me,” James said.

“I asked if all of Africa was like South Africa: built up and with people speaking English,” James said. “The missionary told me no, there are places that need help.”

So when James turned 19, she went to Burundi, a small country just south of Rwanda. Only missionaries who were at least 25 years old or had medical or teaching backgrounds were allowed to participate in the new missionary field. James was none of these but her parents paid the way for her to become an honorary missionary. 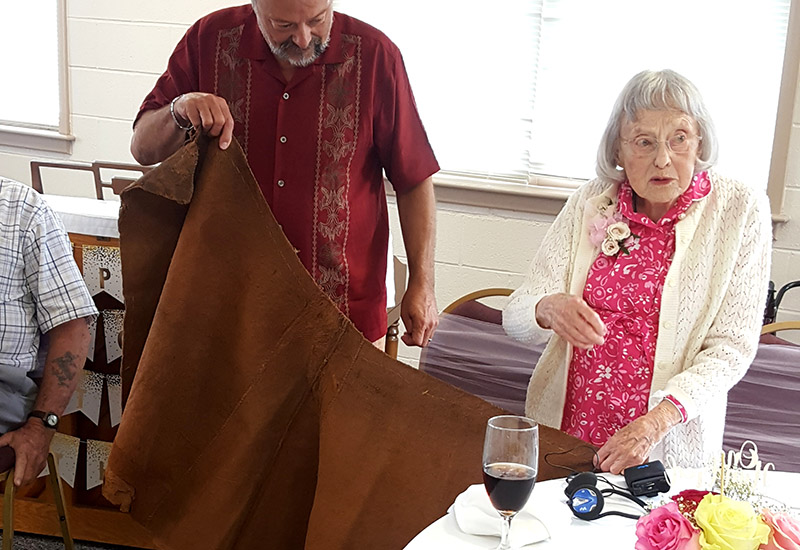 Esther James with a bark skirt she was given during her time in Burundi, with her son Stephen James holding the skirt

James worked in the medical dispensary, trying to help anyway she could. For a long time, there were not even nurses there because they had to complete their tropical disease training. James was put in charge, working with a 15 year old girl who only had first aid training, and was treating patients with quinine and studied a textbook of medical formulas while also learning the local languages.

“I was very happy doing what I was doing,” she said. “I felt a very strong feeling that this was God’s calling for me. I wasn’t Jonah Salk but I could do something. The people there would come to me before the government because I had love for them.”

As World War II started up, transportation out of Africa got harder and harder to find. Worried he might not be able to get his daughter out of Burundi, James’ father secured her a spot on a ship out of the continent. James said she was very upset to go, crying and not thinking there was anything for her in the United States, but after praying on it, she thought that if her father paid for her to be there, he had a say in when she came home. So at 21 years old, James traveled alone across Africa to a convent, sleeping on beds made from rope, until her boat came to return her to the United States.

Finding A Place in America

James said she was upset for a long time after returning home but eventually changed her outlook after hearing a personal sermon at a religious revival.

“This young lady said, ‘If you’re unhappy when God changes your location, that proves that you were attached to the place and not to God,'” James said, still remembering that sermon so many decades later.

After this, James married her old boyfriend, Gilbert James, and the two decided to work in the poorest conference in their church: Shreveport, Louisiana.

This was also the new married couple’s first interaction with the South and segregation in the United States, which spurred them to learn more and work with the black community in Louisiana, creating a church for black parishioners while meeting with prominent theologians such as Albert Schweitzer.

“Why do black people have to sit in the back of the bus? Why were there all these Jim Crow things?” James remembered questioning at the time.

Gilbert James in particular began studying hard, reading up on race relations and sociology while also trying to keep his work with the black community a secret from the white parishioners. James told one story about a white parishioner telling them she prayed for the couple to stay away from black people and “the Lord put his hand over her mouth and said it was none of her business.”

By the time Gilbert James eventually went to college, the sociology professor realized Gilbert knew more than he did and he got his degree quickly, then going on to Washington University in St. Louis, Northwestern and then taught at the University of Wisconsin and the Asbury Theological Seminary in Wilmore, Kentucky where the two stayed for many years.

Near the end of Gilbert James’ life, he had developed memory loss and Esther James spoke at a large symposium, discussing her husband’s condition. He later passed away in 1982.

“It was the first time many people had heard the term ‘Alzheimer’s,'” said David James, one of four children they had.

With her long life and experience, James said her advice for young people, the best way to be happy, is to serve humanity and do what God wants them to do.

“Young people shouldn’t waste their life with frivolous things,” she said. “I believe God has a plan for each of us.” 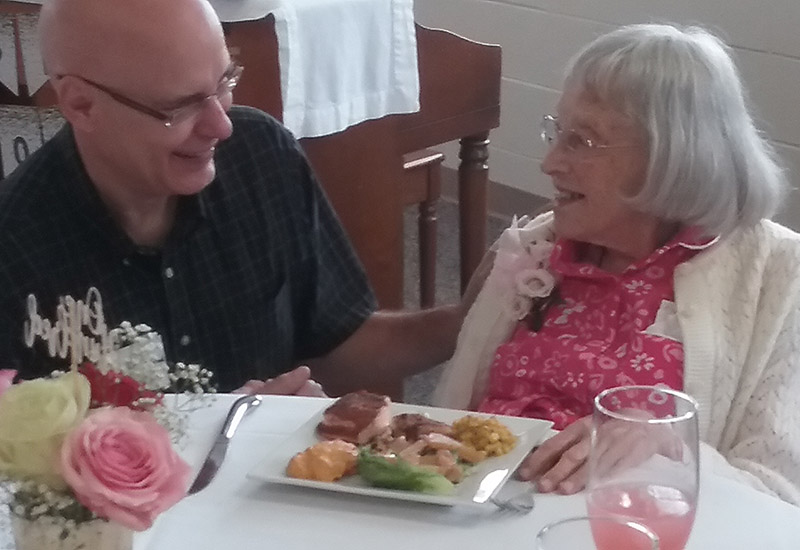