Cary, NC – The North Carolina Courage have been the most dominant team in the National Women’s Soccer League since coming to Cary. The team is using their platform to raise money for breast cancer research and treatment, hosting an awareness night in September.

At the North Carolina Courage’s next home game – Saturday, September 9, 2017 against the Houston Dash – the team will be holding a breast cancer awareness night with fundraising, a parade and talks by people who went through breast cancer treatment.

One group participating in the breast cancer night is MZ & Emmers, a partnership between the Bayer family and Courage player McCall Zerboni.

David Bayer said his family met Zerboni when she was playing for the Atlanta Beat in 2010 and they became friends, with Zerboni mentoring Bayer’s daughter Emma in soccer.

“She had lost her aunt not long ago to breast cancer so we decided to team up and get involved,” Bayer said.

Bayer said their relationship with Zerboni has transformed from being fans of hers to making her part of the family and through breast cancer fundraising and advocacy, they have found a way to work together, especially since Bayer said they have had breast cancer survivors in their own family.

“And I wanted to get Emma engaged in giving back,” Bayer said. “That was our other goal, to get her on that path.” 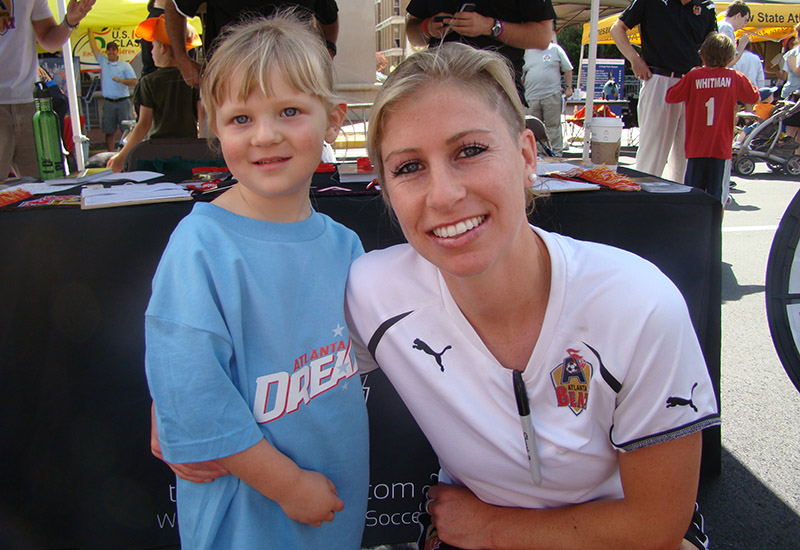 At the Saturday, September 9, 2017 event, MZ & Emmers will be presenting a check to the local Pretty in Pink Foundation.

There will also be a sports bra decorating event at WakeMed Soccer Park on Thursday, August 24, 2017 with Courage players there. Some of those bras, as well as gear autographed by the team, will be auctioned off for more fundraising, benefiting organizations such as Keep-A-Breast.

The auction date has not been set but we will update this article when it comes up. 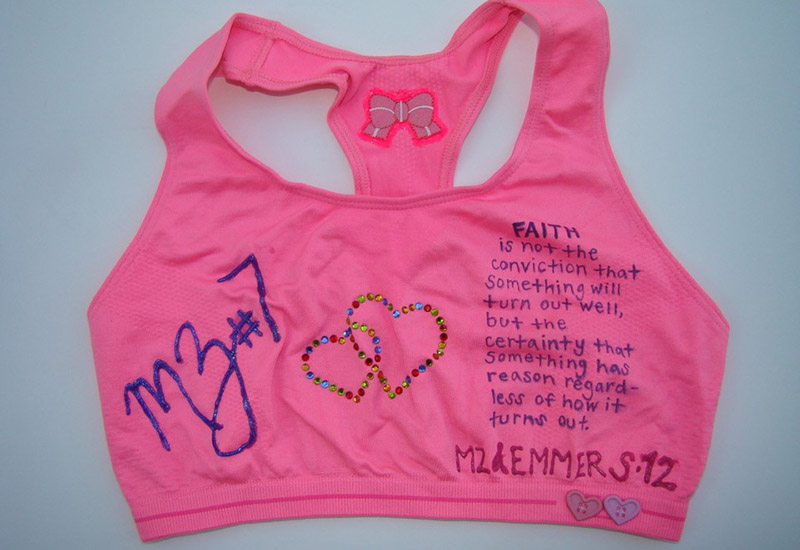 A sports bra decorated by Zerboni in a previous year