Cary, NC – After a difficult first half and trailing in the second, North Carolina FC was able to pull out a draw in the final minute at home where they took on the New York Cosmos. 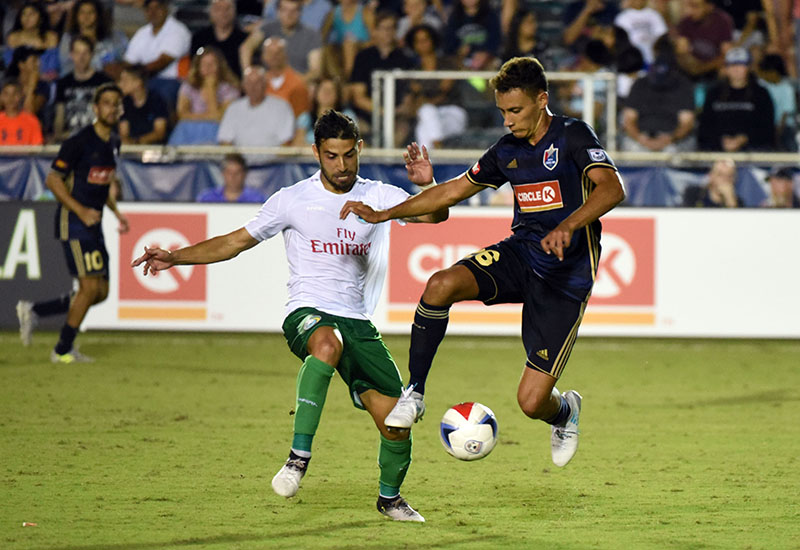 North Carolina FC took on the New York Cosmos at Sahlen’s Stadium at WakeMed Soccer Park on Saturday, August 26, 2017. As is typical for the team, NCFC attacked early on and out-shot New York. Two times, NCFC got a clear attempt on the away team’s goal but were unable to get anything into the net.

In the 25th minute, Tiyi Shipalane got a pass from Paul Black and was inside the Cosmos’ defense. But as close as Shipalane got, New York’s goalkeeper Jimmy Maurer was closer and he blocked the shot with his foot.

There was another goal attempt, this one even closer, in the 40th minute with a kick from Steven Miller. Maurer barely blocked this one, but still kept the score 0-0. Right at stoppage time, Lance Liang and Shipalane also came close right at stoppage time but Liang’s kick was unable to connect. 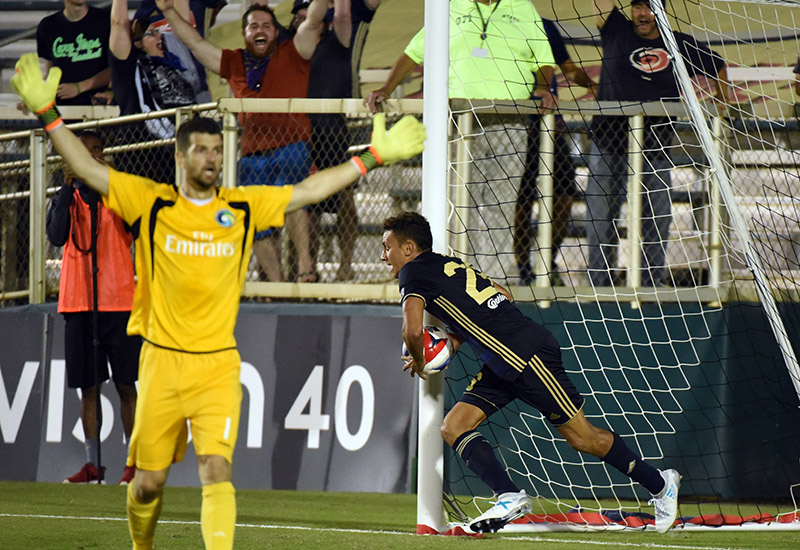 The first half of this game was tough fought and exciting but the second half was like a totally different match. Nazmi Albadawi started the second half like there was a rocket strapped to his back. Dre Fortune got an assist to Albadawi and he sank a goal into New York’s net in the first minute of the half.

Fortune nearly got a chance for another goal for the young player but Maurer blocked the shot with a huge diving save, which he’d employ later in the match against Miller as well.

Quickly, the Cosmos began to strike back and started stacking up points. In the 59th goal, Andres Flores got a pass from Ayoze and was able to score on NCFC’s Brian Sylvestre. Then, in the 71st minute, Eugene Starikov got another goal for the Cosmos and now the score was 2-1 in New York’s favor.

Renan Gorne, in his first game starting for NCFC, was the equalizer in this match as he got up close to the defense when Maurer’s attempt a save slipped from the goalkeeper’s hand. Gorne was right there and the forward sunk the ball into the net, ending it at a 2-2 draw in the final minutes of gameplay.

“It was a good game between two good teams,” said NCFC Head Coach Colin Clarke. “We’re disappointed not to get the result we were looking for. I thought we deserved it with the overall balance of play, but I’m pleased with the way we played. I think that’s the best we’ve played for quite a while.”

The next home game is against FC Edmonton on Saturday, September 2, 2017. 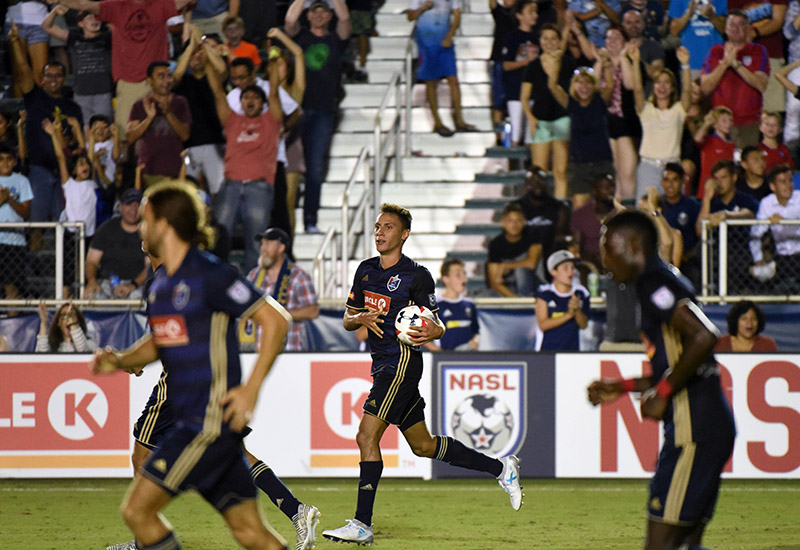