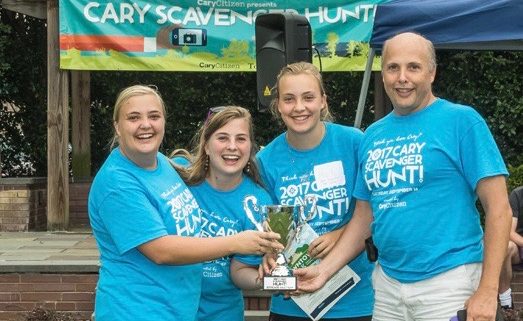 Cary, NC – The Cary Scavenger Hunt took place this past Saturday, September 16, 2017, beginning and ending at the Page-Walker Arts & History Center. 67 teams registered to take part in this year’s fun.

This was the event’s eighth year, and fifth taking place at Page-Walker. Many teams had competed in previous Cary Scavenger Hunts and they brought a competitive edge. Two categories were judged: Adult Teams and Family Teams. Awards were given to the top three teams in each category, with first place also receiving $250 in cold hard cash.

After our event, teams and outsiders are curious to learn team scores and ranking. In this post we reveal how all the teams placed. A screen shot is supplied here that shows the leaderboards in each category. 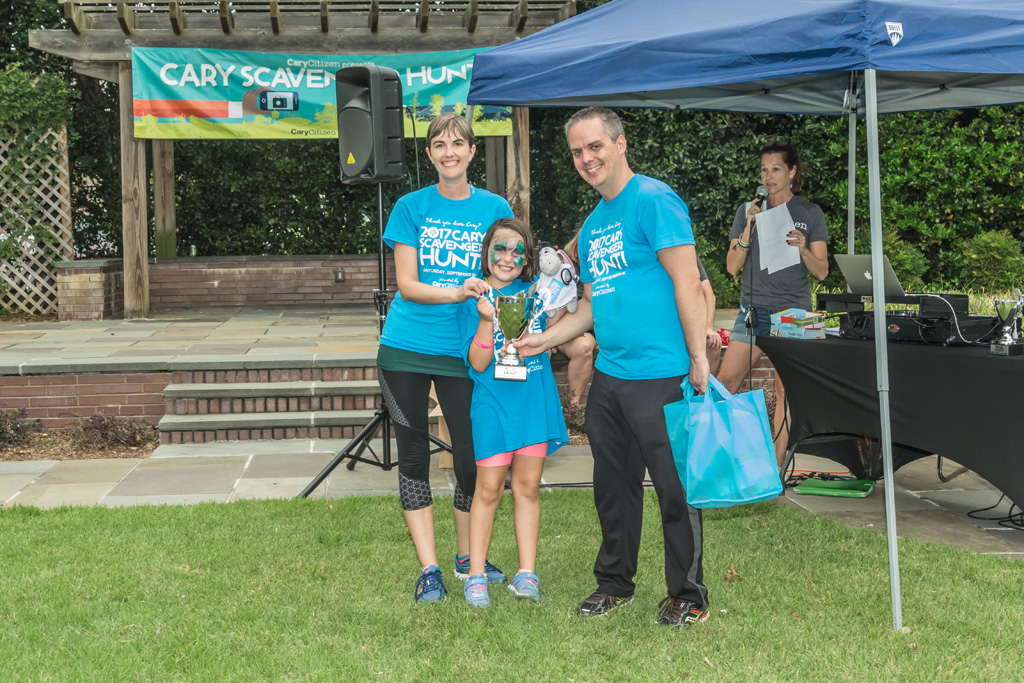 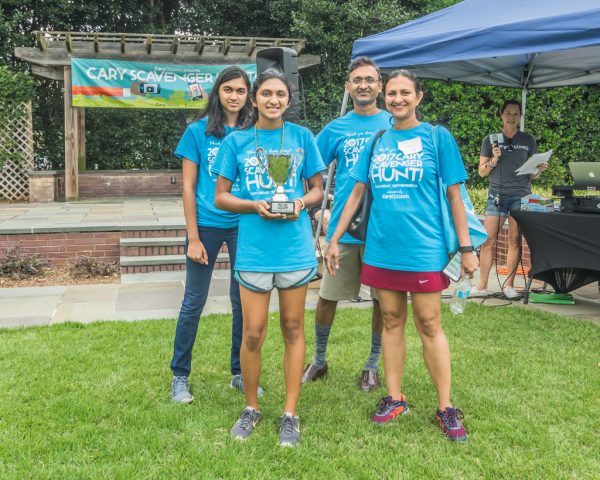 Second place was awarded to the Pirates of the CARYbbean team, who have also played before. If they look familiar, they are featured in a 2015 photo on the event website. 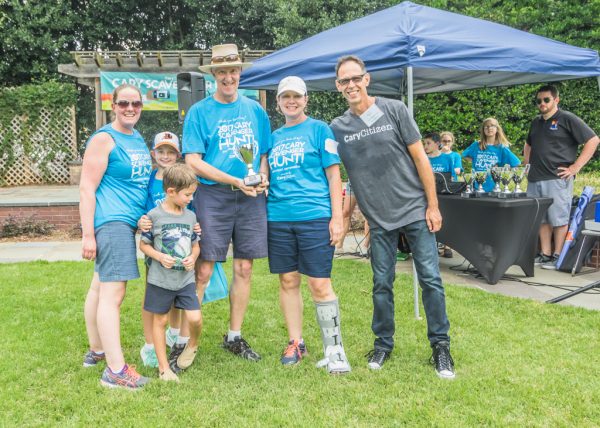 Third place went to the Riddle E-Racers, who have played as an adult team in the past, and won it all in 2014. This team has actually been with us all eight years, making it a family tradition. The team showed up for morning registration wearing previous years’ shirts to psych out the competition. 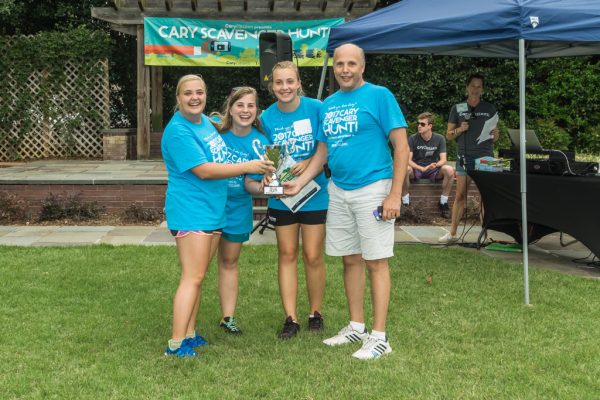 The Hello Newmans, winners in the Adult Team Category

In the Adult team category, The Hello Newmans, finished in the top spot. We recognized them from past years, but this was the first time they placed in the top three. Hard work paid off! 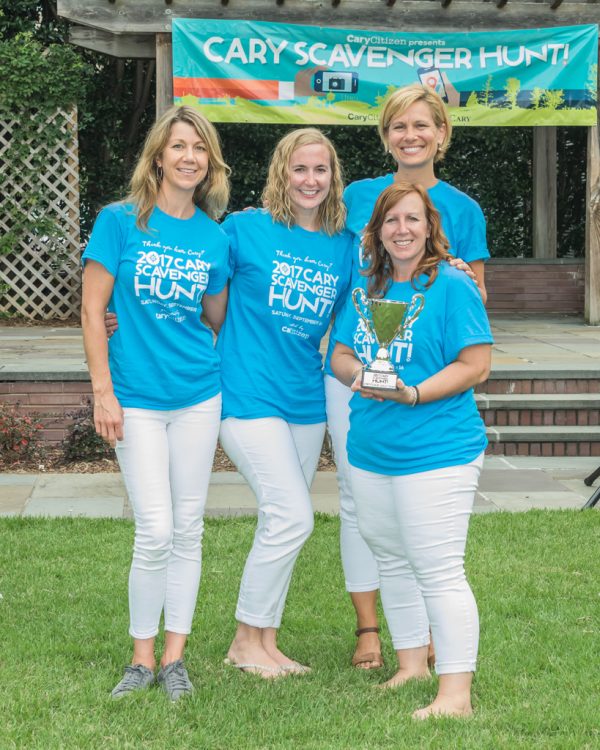 The Fab 4 won second place in the adult category

In second place in the adult category was The Fab 4, who took first place last year and have always been top competition. 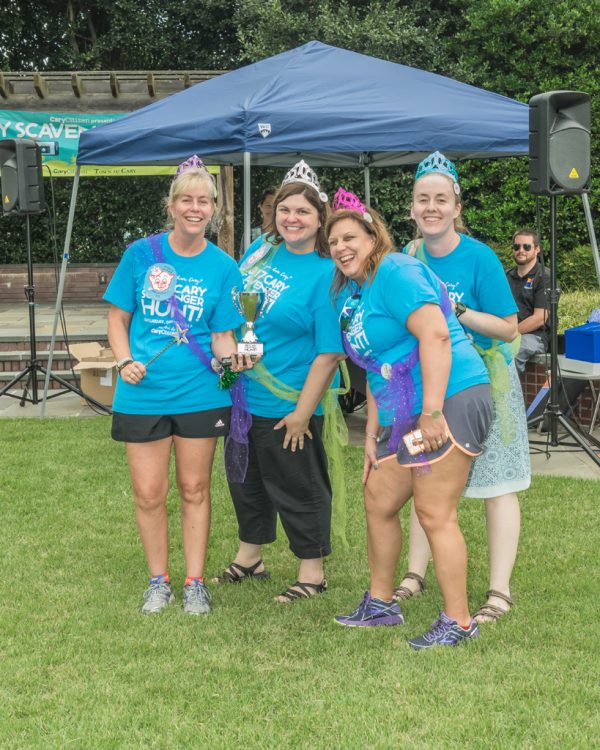 Third place went to the Piggly Wiggly Princesses, who always come in costume to compete.

Not everyone can come in the top three when there are 30 teams competing in each category. That’s why we make sure to have many raffle prize giveaways. This year a team won a catering package form Chick-Fil-A Waverly, a sonic waterpik from Dr Ashley Mann DDS, 10 sessions at Cyclebar, a Bach2Rock birthday party, free swim lessons from Goldfish Swim School, tickets tot he Cary Players’ Guys & Dolls production and many more. 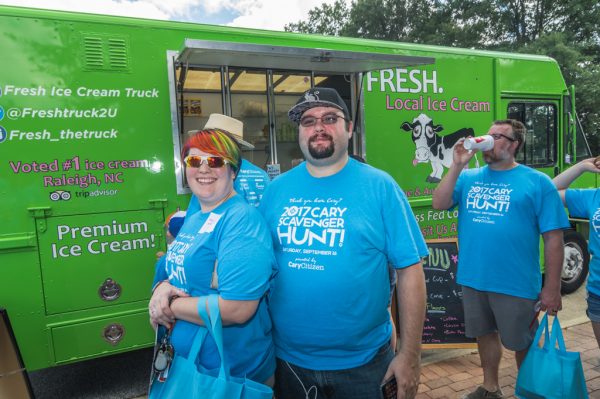 Not Just Competition, It’s a Party

Both our morning check-in and afternoon finish are fun for all teams. There was food from famous Toastery, Duck Donuts and Richards Advantage Mc Donalds in the morning. We welcomed teams back in the afternoon with The Corner Venuzuelian’s food truck and Fresh Ice Cream’s food truck, along with Chick-Fil-A Waverly’s chicken minis, The Butchers Market’s chicken sliders, the Mayton Inn’s sandwiches and Great Harvest Bread’s sandwiches from their new cafe. Of course. there was free beverages in coolers for everyone too.

If you haven’t participated before, consider joining the fun next time. We will be announcing our plans for the ninth annual Cary Scavenger Hunt soon! 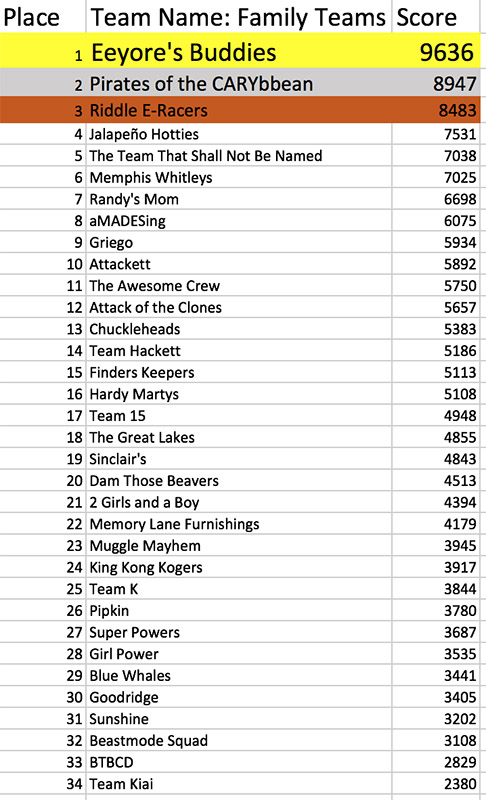 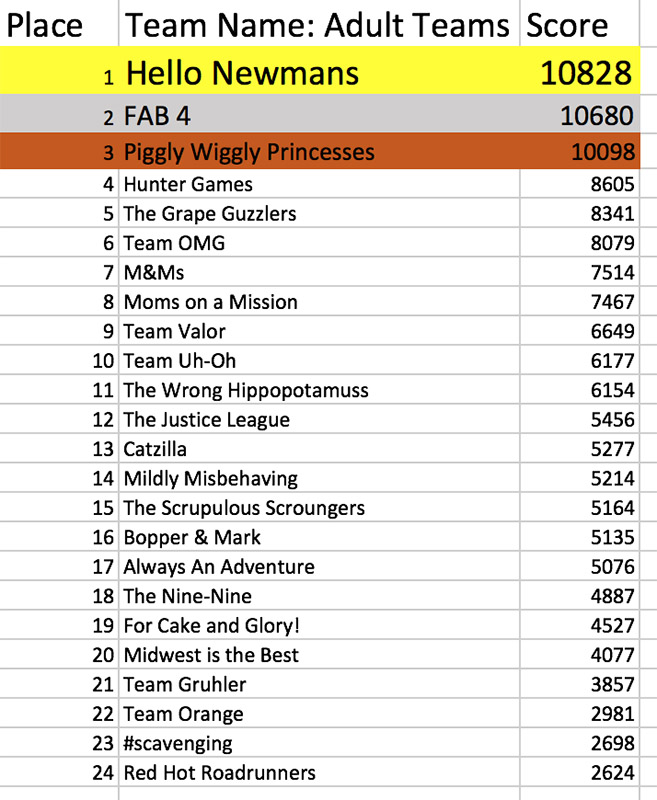