Cary, NC – For more than 20 years, Larry Speakman has led the Concert Singers of Cary as their artistic director and founding conductor. Now, Speakman is retiring and will conduct one last show later this October. 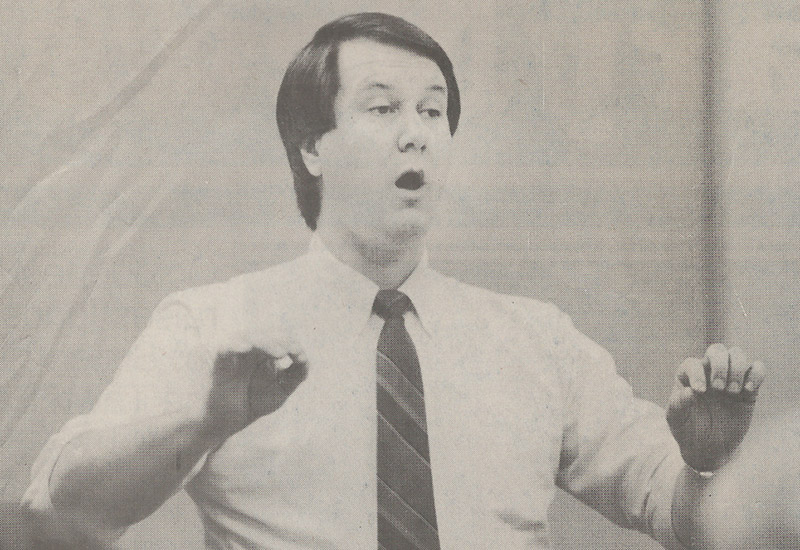 To finish out his time as the artistic director for the Concert Singers of Cary, Speakman will be directing the chorus in performing Randall Thompson’s “Frostiana,” based on the poems of Robert Frost on Saturday, October 28, 2017 at the Cary Arts Center. Speakman said he chose this because it brings everything “full circle.”

“It’s the very first work we did as a chorus, back when we performed for the dedication of the Herbert C. Young Community Center,” Speakman said. “It’s reasonably accessible and I think we should finish where we started, rather than with guns blazing and bombast.”

Speakman has been with the Concert Singers of Cary for 26 years, leading the group to perform with everything from the Chamber Orchestra of the Triangle to the North Carolina Symphony and at venues from Koka Booth Amphitheater to Meymandi Concert Hall.

“One of the unique things we’ve done is, even when we’re performing with these musicians at the professional level, the chorus is mostly amateurs,” Speakman said. “We’re called in to perform and that’s a challenge we’ve always rallied to.”

Speakman said performances such as this are some of the most rewarding because it allows him to take creative risks.

“As a professional musician, it’s shows like those that fit into my top 10 in my life,” Speakman said. “I had some wonderful experiences both as a singer and as a teacher.” 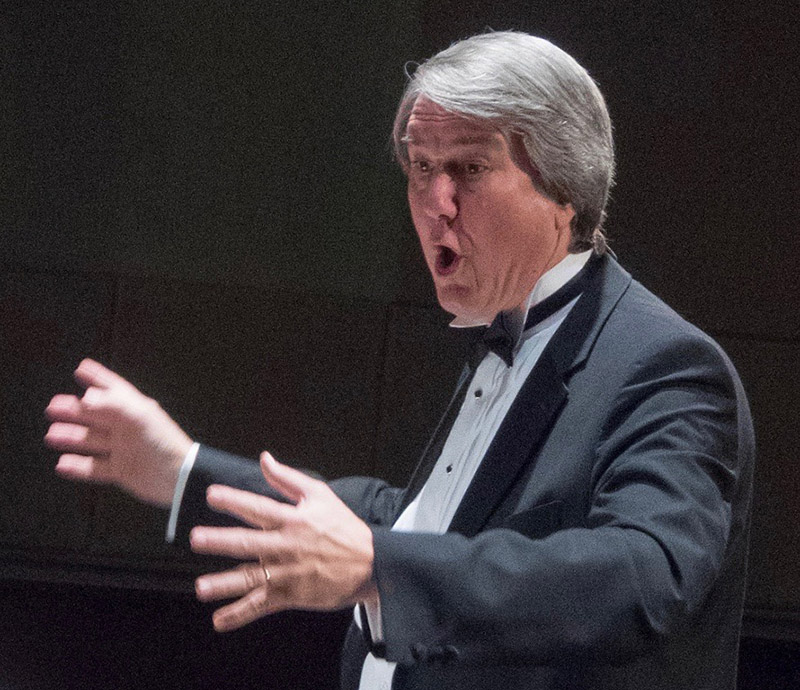 Helping Singers Fall Back in Love with Music

Throughout his time as conductor and director, Speakman said he always saw himself as a teacher.

“There’s a craft you teach a group to be able to sing in a unified way,” he said. “But what’s most exciting is when we get a new singer who is 20 years removed from a high school choral experience and they re-engage in the process. They can’t learn enough.”

With the volunteer and amateur element of the Concert Singers of Cary, Speakman said many audiences miss out on what he finds most impressive about the chorus and only focus on the big performances themselves.

“These are people with families and jobs and it’s everything they can do to just get to the room to rehearse,” he said. “The sacrifice our singers make is extraordinary. That’s what has driven me.”

While Speakman is retiring, the Concert Singers of Cary will continue.

“It will continue to evolve and become more prominent in the community,” he said. “This has been a pretty extraordinary journey and one I deeply appreciate.”

Concert Singers of Cary present “Choose Something Like A Star” 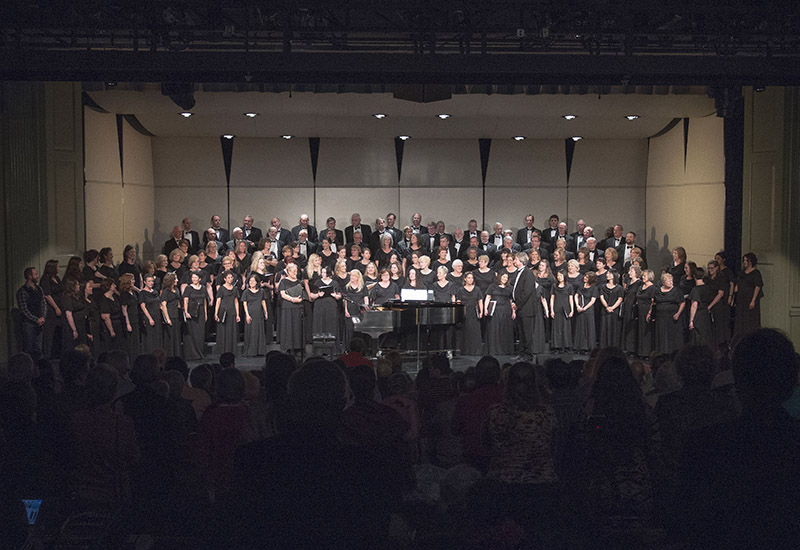 The Concert Singers of Cary at the Cary Arts Center

Story by Michael Papich. Photos courtesy of the Cary News and Denny Colvin.