Cary, NC – After another very long summer, the Canes hit the ice Saturday, October 7, 2017 against the Minnesota Wild, coming up with an exciting 5-4 win with a shootout win after leading the game for only 90 seconds.

There has been a noticeable buzz for the Hurricanes in the Cary/Raleigh area. More Canes hats are seen, more T-shirts, even the car flags are making a comeback and plenty of the #Redvolution signs in yards but now it’s time for the Canes to show the fans, owners, community and the hockey world this is a not only a good team but a very good team that wants to go deep in the playoffs. Between now and then, expect plenty of exciting games that are upbeat, fast and have that whatever it takes approach.

As a fan of the pregame skate, it was nice to see Eric Staal and Cam Ward exchange the light tap on the pads, while against NHL policy, just shows friendship and respect rules. The Wild were the first team to score at the PNC Areana this season when Matt Dumba made a nice pass to Jason Zucker who escaped Brett Pesce in the far circle for a tip in past Scott Darling.

Just under five minutes later, the Canes Joakim Nordstrom tied it up after a pile up in front of the Wild net. After all the pushing and jabbing, most by Brock McGinn, the puck trickled over the goal line. Like most teams in the West, the Wild are a big team and take advantage of using their big bodies to try and slow the speedier Canes.

With a little over a minute to go in the period, Chris Stewart got a pass at the Canes blue line and turn on his jets. Noah Hanifin got twisted on his skates, went down allowing Stewart to go in on Darling for a backhander for a 2-1 Wild lead. 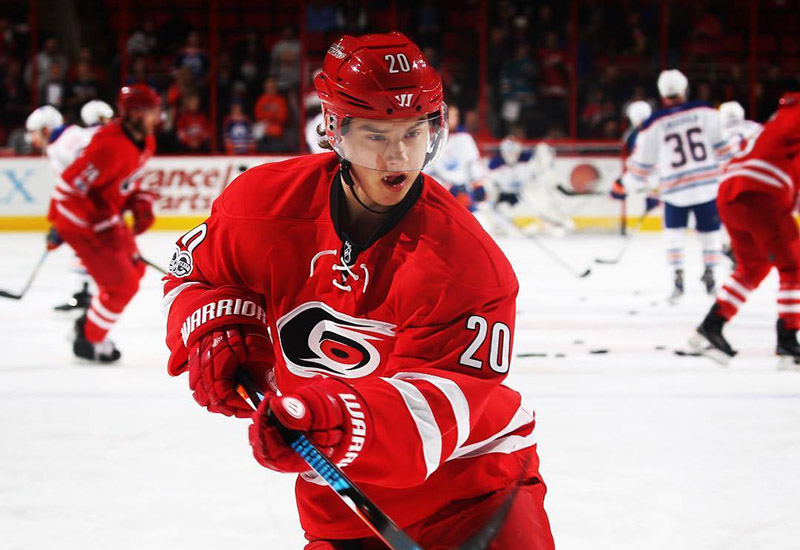 Who knew the Caniacs would ever see Eric Staal score on a breakaway at the PNC Arena again? But he did so at the 13:43 mark of the second. Early in EStaal’s career, the Caniacs came to count on a goal once he had that breakaway. Later in his career: not so much, but it’s always exciting to see. Glad for him but would prefer he save scoring on those against other teams.

Late in the period, Victor Rask passed over to Justin Williams on the right side. Willie, went around his defender, picked a corner and sent his shot to the net. Derek Ryan was tied up in front but managed to get his stick on the puck to change the elevation over Alex Stalock’s shoulder to close the lead, 3-2, scoring the Canes first powerplay goal of the season. Good chance Willie’s shot would have gone in without the tip by Ryan as it was that accurate.

The third period was all about the young movement the Canes will be known for this season. A little over five minutes in, Elias Lindholm passed to Sebastian Aho who first looked like he was just trying not to get hit, but was drawing defenders allowing Hanifin to sprint down the left side. Through a mass of defenders, Aho calmly fed Hanifin coming in back door for a pretty snap wrister to tie the game. Both teams went into the tight checking, “don’t-make-a-mistake” mode with fewer shots.

The Canes were without a doubt the faster team, but the Wild were the more physical team. Very late in the period, it was a similar play to the scoring play earlier in the period. Lindy passed to Aho, Aho skated around crawing defenders then made a curly Q pass to Rask who sent a shot in the few inches Stalock wasn’t covering for the Canes’ only lead getting the Caniacs back to practice why at one time they were known as the loudest house in the NHL.

With literally 0.1 seconds left in the game, with the extra man on the ice for the Wild, EStaal stole the puck in the crease and  sent it over to Mikko Koivu, who whipped the puck in the net while Ryan Suter was holding Darling in the far part of the crease to send the game into overtime. The Canes had the better advantage in the 3-on-3 but couldn’t convert so onto the dreaded shootout. Shootout star Jaccob Slavin was the only shooter on the Canes to connect and when EStaal was thwarted by Darling; the Canes got the karma for the well deserved win. 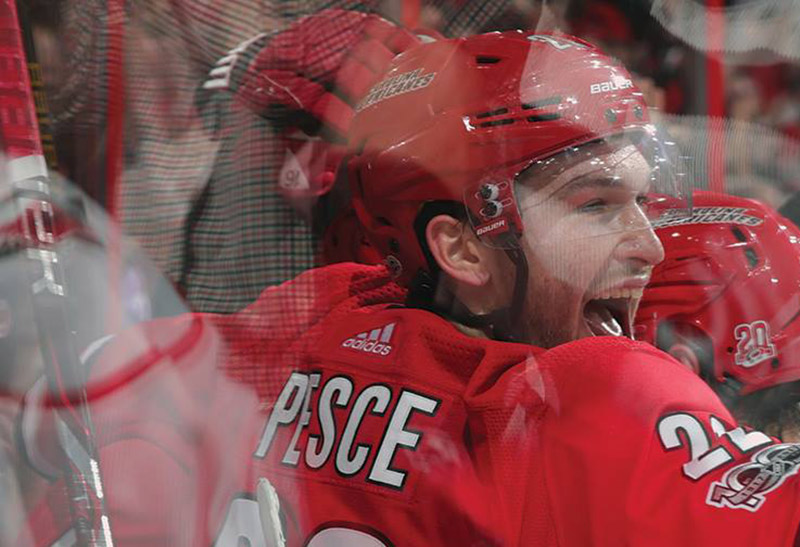