Cary, NC – The Carolina Hurricanes returned home after a semi-successful, two-wins-two-losses-long road trip. The Canes played better than the 2-2 record, which is very encouraging considering their records in recent past years for the get-out-of-town-for the-State-Fair road trip.

Tampa Bay is the top team in the NHL so far in this young season and they have a great roster. If everyone stays healthy, this team will be a force come next Spring with the likes of pure goal scorers Steve Stamkos and Nikita Kucherov and defenseman Victor Hedman.

The game started fast as speed continues to be the signature of the entire NHL this season. Justin Williams gave the Canes the early powerplay when he made a simple cut in the defensive zone but was tripped by Chris Kunitz. The Canes didn’t score but had very good puck control and movement, keeping the puck in the Bolts zone for nearly the entire two minutes.

Midway in the period, Elias Lindholm had a great pass from Jordan Staal for a wrister shot that had the first 10 rows of the lower South section standing and cheering as it looked like sure goal but the rubber bounced solidly off the far post. Late in the period Williams had a penalty of his own after a scrum along the far boards.

Williams was called for holding, which set him off going after the officials as he was politely informing the ref of a Bolt player covering the puck with his glove. With just five seconds left in the penalty, Tyler Johnson got past Joakim Nordstrom’s stick and was all alone to put the puck in the net off a simple pass from Ondrej Palat. 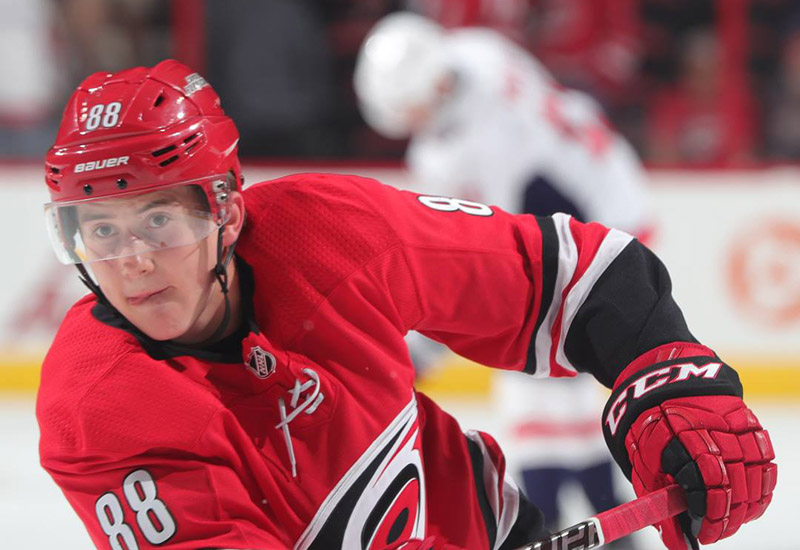 A Second To Forget

The Canes had the better play early in the second period in both their offensive and defensive zones. Scott Darling made a key save on Stamkos after getting a pass behind the defense and going in on Darling uncontested. Not sure what caused the difference but after that play but the tide turned towards Tamba Bay’s direction. The Canes had too many turnovers in their D-zone and the shot selection on the O-zone wasn’t up to par and typically it was a one-and-done for shots on Andrei Vasilevskiy.

Midway in the stanza, Stamkos made a pass on pure instinct that resulted in another score. After Darling made two quick saves that appeared to be sure goals of themselves, the puck squibbed in front of the net. Stamkos picked it up in stride, went down low then sent a backhander up to Mikhail Sergachev for a blast from the left point for a 2-0 Bolt lead. The Canes tried to turn the heat up as the period wound down.

With just under six minutes left the Canes had only three shots on net. They had eight more in the last 5:52 giving the Caniacs something to cheer about.

Slavin Puts Canes On The Board

The Canes started the third as the team with a mission fighting for every loose puck and making Tampa Bay pay for holding the puck. The Canes finally got on the scoreboard early after a series of shots by the Canes fourth line, Josh Jooris passed up to Brett Pesce.

Pesce settled the puck, saw there was too many bodies between him and the goal deciding to pass over to his Jaccob Slavin.  Slavin took hs time, skated a few strides then sent laser wrister directly into the net from 35 feet out to cut the lead and get the fans back into the game. The Canes continued to put pressure all over the ice. Brock McGinn played as if he was possessed, knocking bodies at every opportunity, which often allowed a teammate to get the puck.

The action was fast, the Caniacs were hoping for one more goal but with just under three minutes left, coach Bill Peters made the decision to pull Darling for a sixth skater. That gamble backfired as it took the Bolts just 20 seconds to put one in the empty net. Then another empty netter a minute later than with just four seconds left, Kucherov stuffed one in to make it 5-1 which sounds like a blow out but felt like a 2-1 game until the end. Sometimes gambles pay off, this time it didn’t. 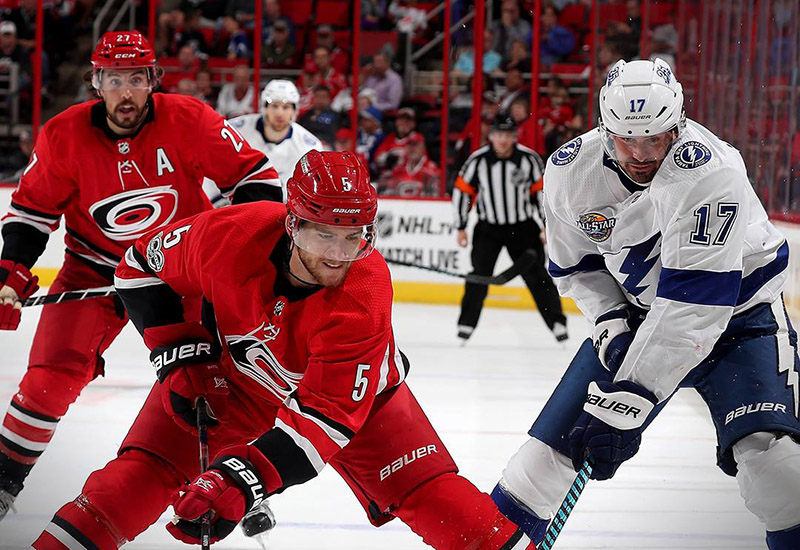 Samaritan’s Corner: What If?
Scroll to top