What if people only saw two of God’s children in this picture, and not two men of two different colors? What if people focused more on a biker’s heart, and less on the Harleys they ride? What if we could sit down and ask questions because we truly wanted to understand each other?

What if all black lives mattered, and not just the ones killed by white hands? #blackonblackviolence What if the KKK one day realized that there will never be a white America? #youcanleavetoo What if 200 motorcycles showed up in Downtown Cary to pray, give God glory and lead the Cary Unity Walk next year? #inJesusname What if we cared about each other as much as we cared about how we look in the eyes of others? What if I would’ve listened to the black and white people that told me bikers wouldn’t welcome me? #newfamily 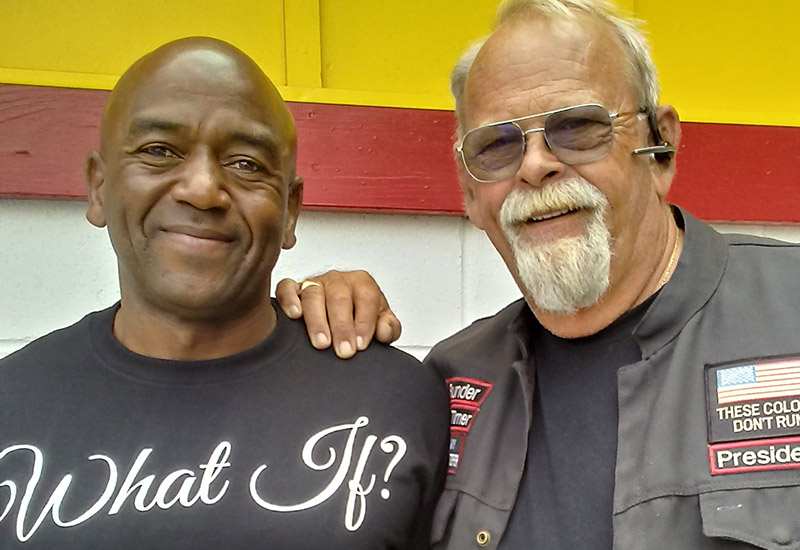 What if we feared being divided from each other, as much as we feared death? What if my son had to miss out on all of the diversity I’ve been blessed with? #NOT! What if we desired to bury our opinions, instead of burying people with them? What if we all understood that the media is a negative buffet, and they’re offering their food for free? What if the Vegas shooting made us all realize it’s good to be alive? #RIP

What if “AMAZING GRACE” was the National Anthem? What if the people that are making a fuss about disrespecting our military cared enough to spend time with a homeless vet? What if we outlawed protesting, and made prayer mandatory? What if all the black you see in this photo didn’t make people nervous anymore? What if more of us sat down over some good old Southern grub and talked about how good the food was, not about who’s wrong or right? What if Barack Obama and Donald Trump became Christian rappers? #yep What if we cared as much about spending eternity with Jesus as we do about who voted for whom? What if all Christians knew what Romans 13:1 was about?

What if we could get away from the stereotypes that are causing us to live in fear of each other? What if the Christian church would stop preaching “UNITY” and start stepping outside of the walls of the church to create it? What if Sunday morning church services wasn’t the most segregated time of the week? What if parents cared enough to be parents, and not about being friends with their children? What if all parents knew what Proverbs 23:13 said? 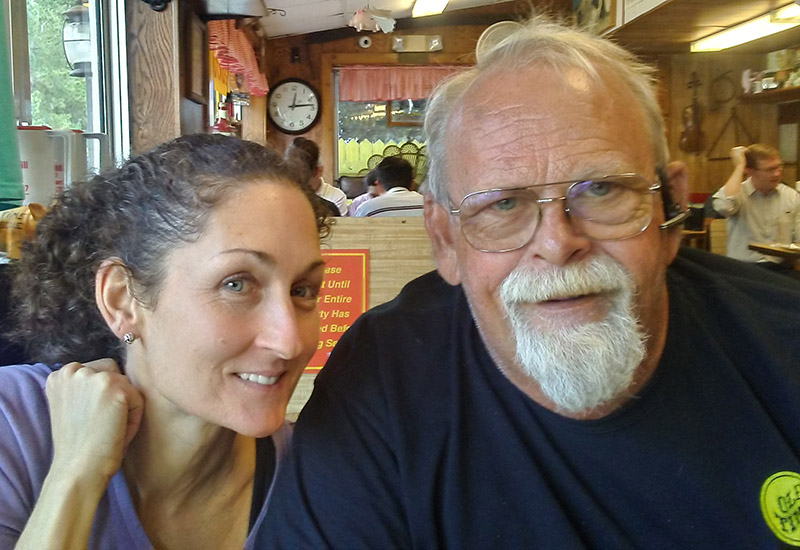 What if we figured out that it’s not our job to save everybody? What if we figured out that everybody doesn’t want to be saved? What if I never had to ask “What if?” What if fathers wanted to be fathers, and not just donors? What if we admitted that some of the problems with children today is because of us adults? What if we took God’s wisdom and finally realized that so-called rasicm is what’s distracting us from the real truth? #EVIL What if the man in this photo saw you out somewhere and asked you for a hug? Would you give him one?

What if that white woman at the Y hadn’t panicked, thinking my white wife was in danger when she saw me running behind her when we were exercising? #ithappened What if my man Jerry and I were never judged again because of the “BLACK” we’re wrapped in? What if we still cared as much about saving people as we do animals? What if you had to leave your house everyday wearing labels that exposed what’s really deep down in your heart? #Godknows

What if Jerry and I only talked about the weather, and didn’t have to seek God about how to bring people together? What if Dr. King could see the condition of our country? What if we realized that black privilege is real? We have the privilege of reaping the benefits of great people like Dr. King and my awesome grandmother! #RIP

What if we all had to spend 30 days with no phones or television? #healednation What if we finally see that most news is fake news, and it’s faking all of us out? What if God uses Jerry and I to change just one life? We can both say that the very “FIRST” change started with us!

Jerry, to you and the whole club, I simply say this about our relationship! “LIFERS” 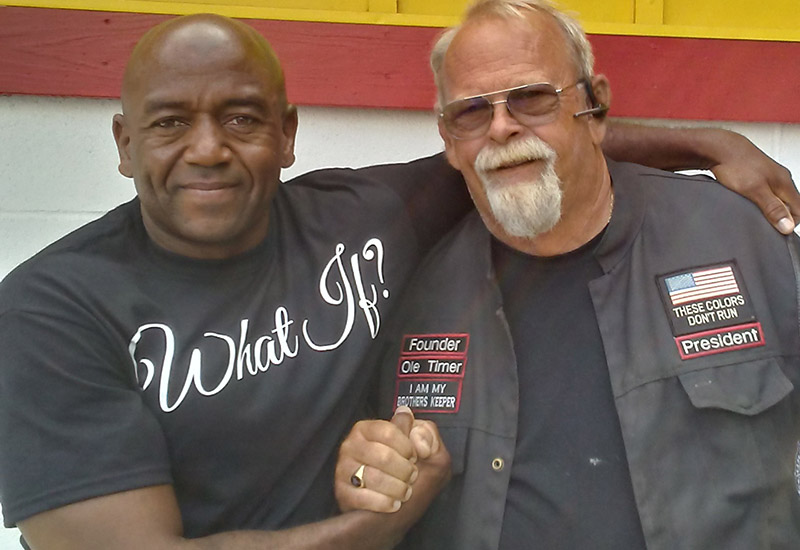