The Sick Chick Flicks Film Festival first screened at the Cary Theater last year and will return on Saturday and Sunday, October 28 and 29, 2017. Christine Parker, herself a local filmmaker and head of the festival, said moving to two days is part of the lessons learned from 2016.

“Fifty-five films in one day was a lot to take in so we decided to spread it to two days,” Parker said.

Another change to this year is more restrictions on what kind of films can be entered. Suspense films are no longer a part of the line-up because Parker said there is too much grey area as to what could be construed as suspense. Also, while the 2016 festival was focused on female filmmakers, male filmmakers were still accepted.

“This year, the films must have women in a primary position to be entered,” Parker said.

The event is also partnering with the coming Alamo Drafthouse in Raleigh to put the festival together and there will be a reception before it starts on 4:30 PM on Saturday, October 28, 2017 at Bond Brothers Beer Company. 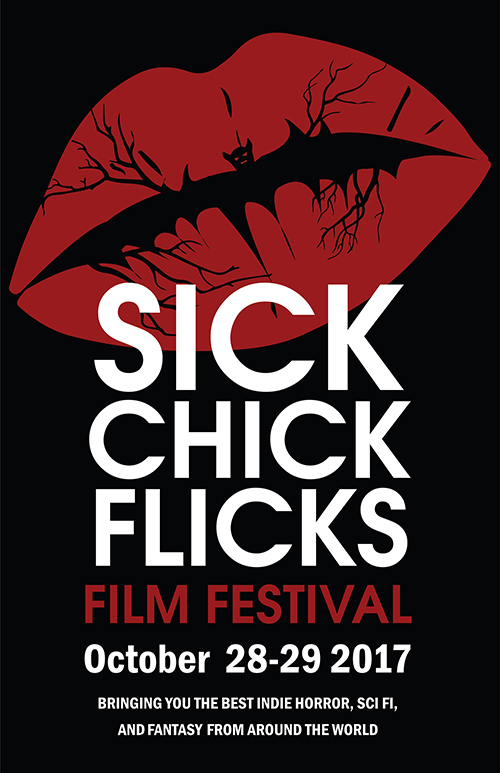 In addition to its focus on female filmmakers, the Sick Chick Flicks Film Festival also has films from directors from a variety of countries, including Canada, Great Britain, France, Russia, India, Iran and more.

“It gives people a different perspective because you have these different approaches to the subject matter,” Parker said. “Also, the cinematography is often amazing because other countries have more funding for film.”

With the focus on sci-fi, fantasy and other horror-tinged genres, Parker said she built the festival around these films because that is what she likes the most. But she said it also leads to more creative filmmaking.

“You need to convince people these supernatural things are really happening,” she said. “You need to find ways to bridge the disbelief and engage your audience.”

Story by Michael Papich. Photos courtesy of the Cary Theater and Hal Goodtree.