Cary, NC – According to the Food and Agricultural Organization of the United Nations, around a third of all food produced in the world ends up being thrown away or otherwise wasted. This week, an activist raising awareness for this problem came to Cary and spoke at Triangle schools as he worked to change rules around food expiration dates. 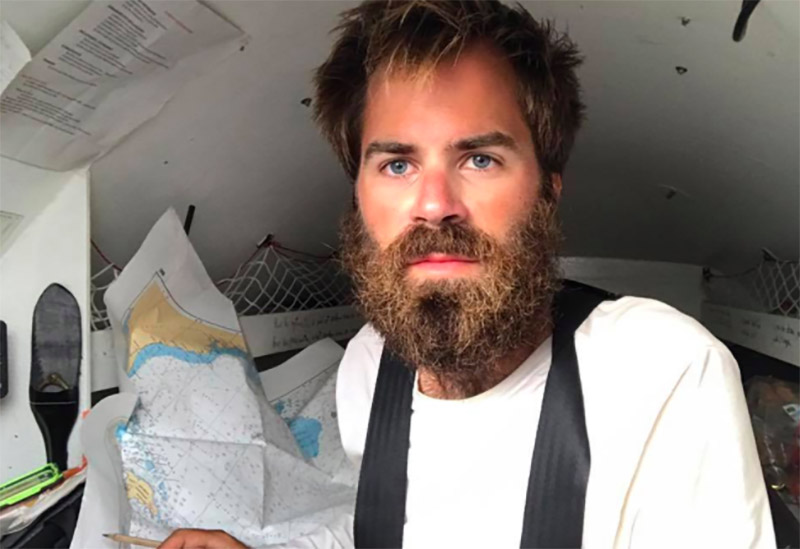 Baptiste Dubanchet charting his course in his pedal boat

Baptiste Dubanchet is a French activist who has been cycling around Europe and now the United States, crossing the Atlantic Ocean by using a pedal boat, in support of the project “La Faim du Monde.”

“The main purpose of this project is about food waste. There is a petition online to get the European Union to withdraw ‘best by’ dates on packaged food,” Dubanchet said.

To promote this cause, as Dubanchet has been cycling, starting in January 2017, he has only been eating food that should be expired based on its “best by” date. By doing this, Dubanchet is trying to show that this food is still edible and should not be thrown away. Similarly, Dubanchet is also doing experiments on how food, particularly meat, can be freeze-dried to remain edible and stretch out its usability.

As Dubanchet prepares to take his bike ride to New York City, he stopped in Cary and talked about his cause with Cary Mayor Harold Weinbrecht as well as Cary councilmembers. Dubanchet came to Cary because of a connection with Leigh Williams, who started Toward Zero Waste Cary back in 2016.

“One of our major goals is simply to get the idea of zero waste out in the area; to get people thinking about their trash. We’ve found that once folks begin to think about how much trash they create everyday, they will begin thinking of ways to cut back,” Williams said. “We offer easy steps and tips on how to do that, and generally, it starts with single use plastics.” 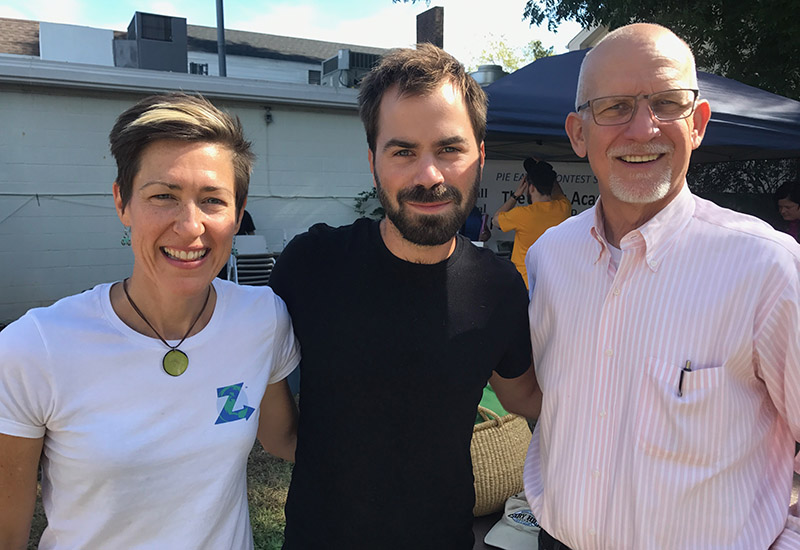 While Dubanchet has been followed by French journalists in his journey throughout Europe, across the Atlantic Ocean and now in Cary and the United States, he is also taking time to talk to local students from elementary level to high school.

“The most curious thing for students is the [Atlantic] crossing but I try to talk to them about water and waste and climate change,” he said. “I try to show that everything is related and we all have an impact on the Earth so it’s important to have responsibility. Also, I talk about food waste with students and connect that to kids that are starving to build that solidarity.”

While Dubanchet is on his journey to promote his European Union petition and is not necessarily researching food waste, he has still made observations about food waste here compared to France.

“It is pretty much the same. We have huge supermarkets too and there are dumpsters filled with fruits and vegetables,” he said. “People think the U.S. must be worse than Europe but they’re both bad when it comes to waste. Our markets look the same on the inside and so do our trash cans.” 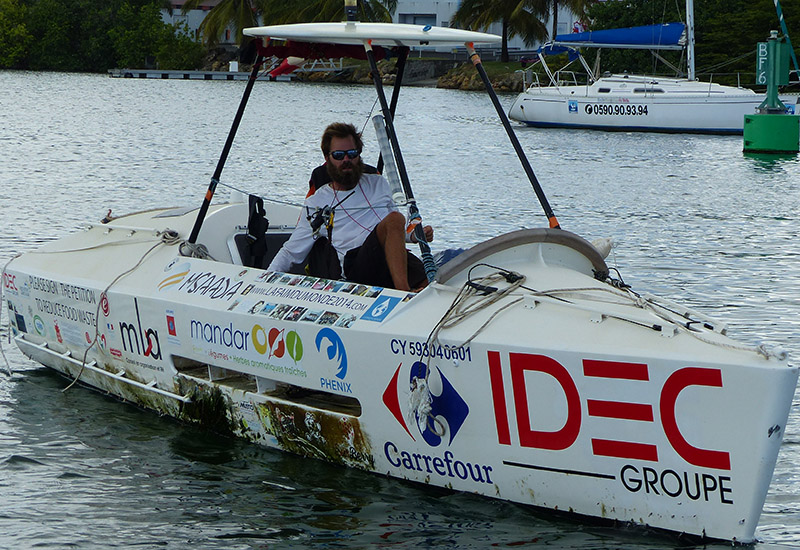 Baptiste Dubanchet arriving in the United States in his pedal boat