Cary, NC – The Jones House has a long connection to Cary’s history, from its rare architectural form in town to the tradition of Cary High School principals living there. As the Jones House recently gained designation as a historic landmark, new information about the building’s history was uncovered, resulting in it getting a more historically-accurate name.

The Jones House is located at 324 S Academy St., across from the Cary Arts Center, which was originally Cary High School. Lovie Jones bought the house in 1914 and it remained in the family for several decades until eventually the Town of Cary came into ownership in 2011.

But in a staff report to apply for a Historic Landmark Designation, architectural historian Cynthia de Miranda with MdM Historical Consultants uncovered more information about the Jones house and its original owner. Before the Jones family, the house was built by Andrew Fuller Sams.

“The owners before Sams just owned the land and we found a portion of the land was sold to Sams in around 1902,” said Anna Readling, senior planner with the Town of Cary. “Sams bought the land for $400 and years later, he sold the land for much more so it makes sense that he built the house in that time. We put together the chain of information.”

Because of this new information, the new historic name for this building is the Sams-Jones House.

“This information is as new as the landmark report,” Readling said. “[Cynthia de Miranda] did the deed research and it was not easy. Sometimes there are just little things in the database to search for and you have to deal with things such as names that are spelled differently.”

Andrew Fuller Sams began teaching at Cary High School in 1897 when he was around 25 years old. Four years later, he was the school’s principal and, in a way, started the tradition of principals living in the Sams-Jones House. E.L. Middleton, the principal before Sams, said “the school was never more successful that during the last term under his management,” according to the staff landmark report.

By 1903, Sams had left his principal position to go to law school and spent the rest of his life living in Davidson County.

“Sams was known about but a lot of information about him wasn’t clear. We weren’t sure about who built the house,” Readling said. “Until now.” 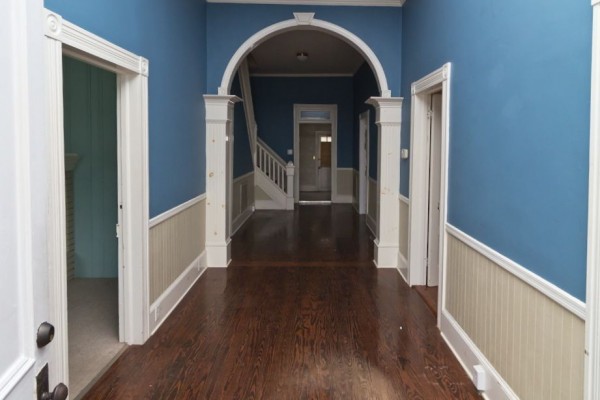 As a Town of Cary-owned property, Readling said the Sams-Jones House was already being cared for and restored but now the building is a designated historic landmark in Cary.

“It calls attention to the house in a way that it wasn’t before,” Readling said. “We get people new to Cary who ask about landmarks and historic sites. This gives a name to a building and makes people take pause and think about it.”

“There aren’t many original Queen Anne houses or cottages left in Cary with their traditional features,” Readling said.

Downtown Cary does have one other prominent example of Queen Anne architecture, Readling said, with the Guess-Ogle House. But these are two of the few examples in all of Cary.

“As we get new landmarks, we hope to have more tours of Cary and let people know about the history,” she said. “It also sets a precedent that history is important here.”

While the Sams-Jones House is now a designated historic landmark, the town is still seeking commercial tenants for the building. 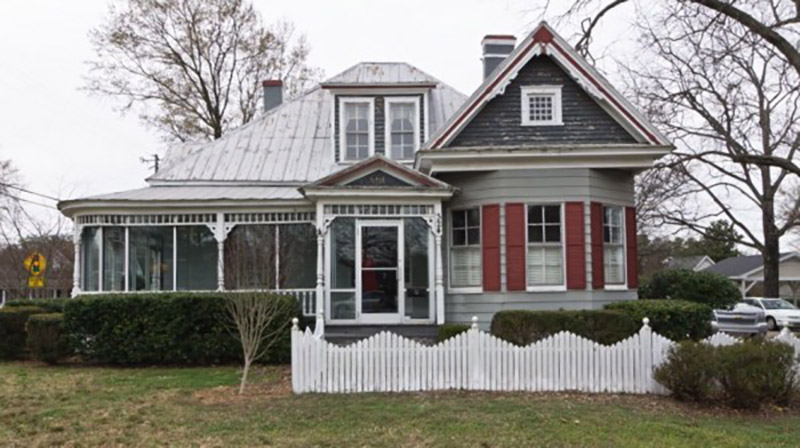 Weekend Events: Heart of the Holidays, Local Markets and More