Cary, NC – The United States is a few months away from having the longest growth period in national history. With this context, economist Michael Walden talked about the possible causes of current economic growth as well as potential risks on the horizon as he gave his yearly economic health report to the Cary Chamber of Commerce. 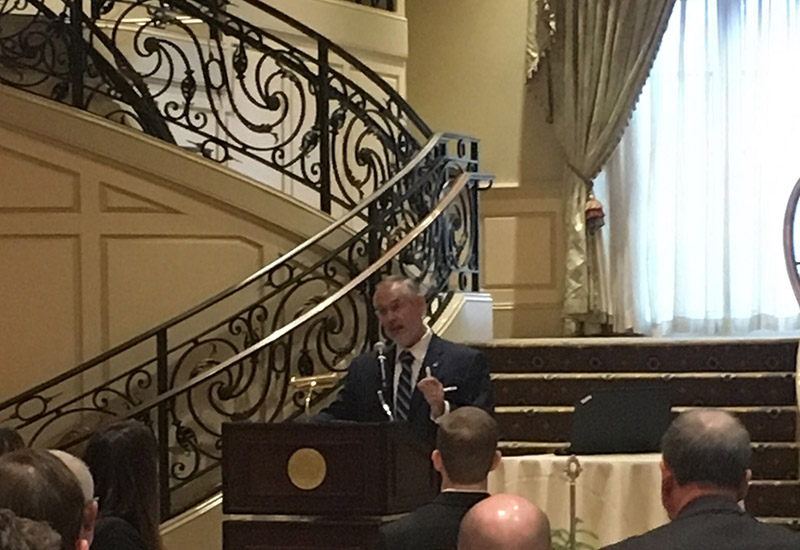 Finding the Cause of the Growing Economy

Michael Walden, a William Neal Reynolds distinguished professor of economics at NC State University, addressed the Cary Chamber of Commerce on Wednesday, January 3, 2018 and showed the national, state and Cary economies have improved since 2017, with a higher GDP growth rate and higher wages and stock prices.

Walden said these improvements could be due to policy changes by the new Trump administration or could be due to the United States’ current economic position. In terms of policies, Walden said deregulation in the energy industry, including the approval of the Keystone pipeline and opening up oil drilling in the United States, could be spurring the economy. Walden also said offshore oil drilling could be a big industry for North Carolina, but noted it is opposed by those living on the state coast.

When it comes to the United States’ position, Walden said the economy may be in the middle of a turnaround from the 2008 recession. Because of the size of that recession, which Walden called the worst economic downturn since the 1930s, the turnaround has taken longer to kick in.

“Now with the Great Recession in the rearview, households are more positive and willing to buy,” Walden said, also pointing to data showing personal saving going down while spending is up.

There are also international trends out of the United States’ control Walden said has impacted the economy: foreign markets have gotten stronger and oil prices have been rising. Walden said the changes in global oil prices comes from a “battle for dominance” in the oil market.

To stay financially secure, Walden said Saudi Arabia has cut down on oil production to hike prices, while Russia is beginning to expand its production of natural gas and hydraulic fracturing.

“I predict a world where oil prices continue to be low,” Walden said. 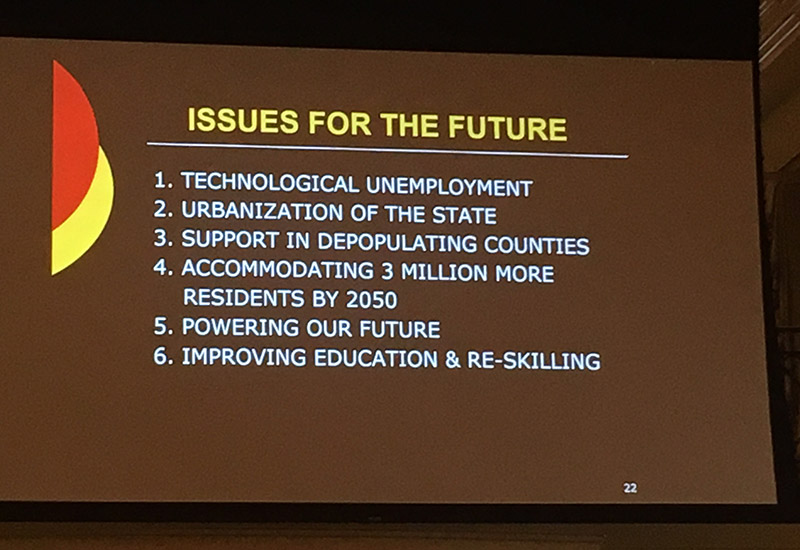 Where Are the Jobs in North Carolina?

North Carolina has been outpacing the rest of the United States in job growth for most of the recovery (2009 to now) but Walden said these figures are not as good when looking at job growth per capita.

The state grew at a faster rate than the United States; Cary’s population has grown at nearly 15 percent since 2010.

Most job growth in North Carolina has been in business, food and information services while “non-durable manufacturing” such as textiles and tobacco have been shrinking. Those industries are disproportionately in rural areas.

“A third of counties are expected to depopulate,” Walden predicted.

State-wide, job growth has primarily been in high-income or low-income jobs, while middle-income jobs have become far less common. Walden said this is a sign of income inequality in North Carolina. 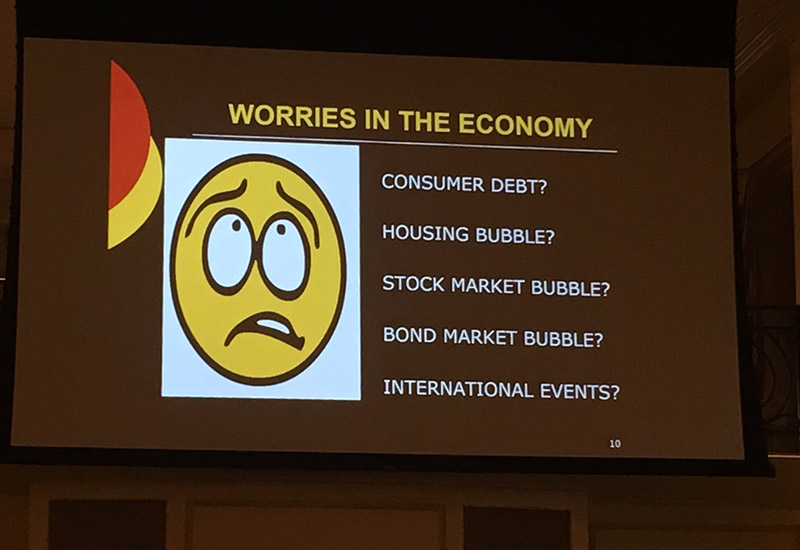 Looking ahead, Walden said the biggest challenge is the “inevitable” trend of technological advancements displacing workers.

“The issue of the next several decades is how do we adapt to these changes?” Walden said.

Walden said consumer debt and housing prices are growing, which can be seen as a precursor to an economic crash as happened in 2008. However, on both measurements, Walden said they are not at a level where it’s a cause for concern. Similarly, Walden did not see any risks of crashes in the stock or bond market, although he said the stock market could be in trouble if businesses’ earnings do not improve.

“Call me a polyanna, but I don’t see anything out there to crash the economy,” Walden said.

Walden did note auto loan delinquency is increasing, which could lead to problems down the line.

In terms of policy from the Trump administration, Walden said entitlement reform, infrastructure plans and another attempt to change healthcare may be on the horizon in 2018. He also said changes to trade policy are unlikely, particularly reforms or pulling out of NAFTA.

“I also think it would be a net negative for North Carolina if NAFTA was gone,” Walden said.

At the Federal Reserve, Jerome Powell is President Donald Trump’s nominee to be the board’s new chair. Walden said Powell has always voted with previous chair Janet Yellen, but the larger change Walden sees in the Federal Reserve does not come from Powell himself but from the fact that Trump will be nominating four of the board’s seven members. Walden predicts the new board will focus on keeping inflation low rather than unemployment.

Overall, Walden predicted in 2018, the GDP growth rate, job rate and wage growth rate will increase, though there will also be more inflation. Walden added Cary is in a stable position as it resembles a “21st Century economy.” 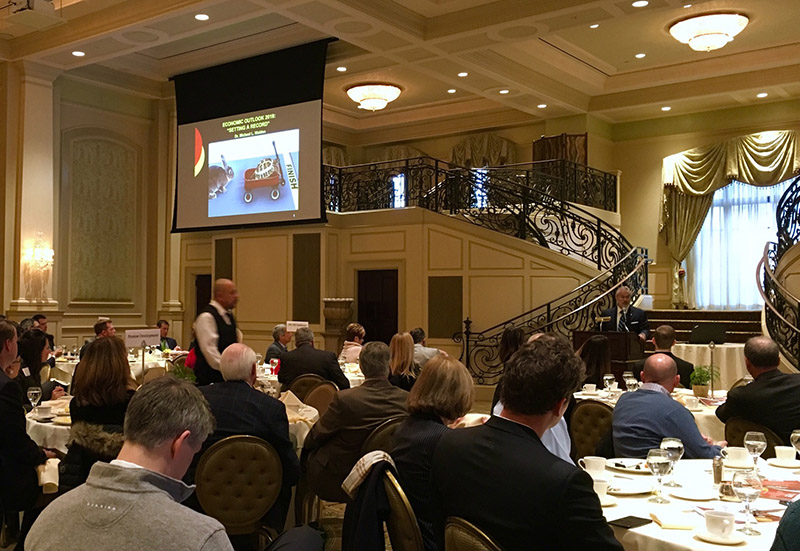