Cary, NC – Downtown Cary has been growing fast in the last few years, but one thing downtown’s renovation hasn’t brought in is a grocery store. A new initiative is looking to change that, not with a recognizable supermarket chain but with a resident-owned food co-op.

A food co-op is a grocery store owned and run by its members instead of a traditional business structure. Or as Karen Dumers, who is spearheading the Cary co-op idea, described it, a co-op is a community grocery store.

“Members would pay a fee to go toward maintaining the store. In return, they also agree to volunteer and help facilitate the store,” Dumers said. “We are able to procure the food at a discount and can extend the savings to members.”

With a food co-op, non-members can still shop but do not get the same discounts as members.

Dumers, who also owns the NC Soap Opera Company in Downtown Cary, said as suburban supermarkets came in, grocery stores left downtown. You can still see the remnants of the area’s grocery stores in the Sorrell’s building that now holds La Farm Bakery. While Dumers does not yet have a specific location in mind, she said the goal is to be downtown to give the area the grocery store she said is missing.

“We’re at the beginning stage now and the beginning is exciting. But what we need now is to be able to get money. Someone to put in the elbow grease to get grants. Someone to help with the funding,” Dumers said.

At one of three open meetings about local interest in a food co-op, Dumers said she had a grant writer interested in the co-op program but they are still in the very starting stages. In February 2018, Dumers will bring together several people as a starting advisory board to establish by-laws and make decisions on how to go forward.

“If you have something to bring forward to join the board, be upfront about your time commitment because this will be a lot of work,” Dumers said. 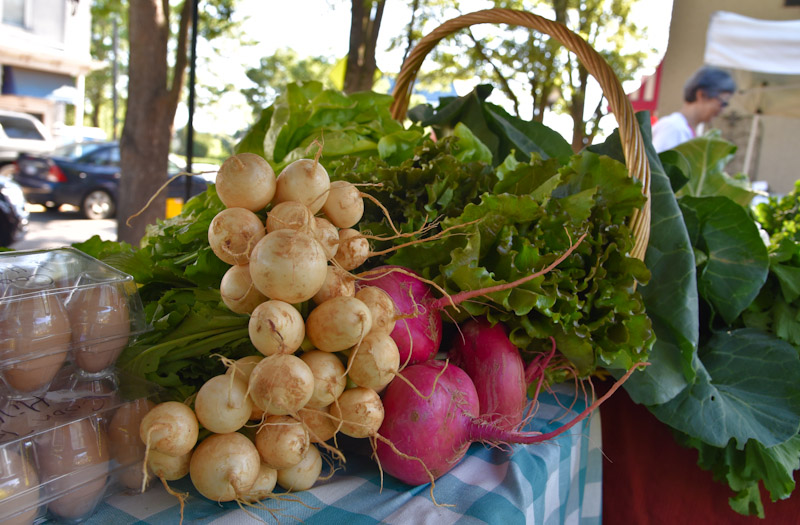 Story by Michael Papich. Photos by Hal Goodtree. Coverage on CaryCitizen is sponsored in part by Thai Spices & Sushi.