Cary, NC – Cam Ward is back being the Canes #1 goalie and earned his second shutout of the season with a solid performance in a 2-0 win over the Montreal Canadiens. Brett Pesce scored his first of the season on what turned out to be the game winner early in the second.  The Canadiens have former Canes head coach Kirk Muller as their assistant coach. Muller played for the Habs and was always a fan favorite so it’s good to see him back where he is appreciated.

Ward and Price Are Sharp

The Canes got on the powerplay early as Joe Morrow clipped Brock McGinn on just the second shift in the game for each team.  While the Canes got off two shots, Carey Price was sharp, early and, like Ward, totally erased any memories of the 6-5 game these two teams (and goalies) played just a week earlier in Canada. Outside of the powerplay, the play was, as far as you can say this for hockey, slow in the first period. Maybe there were slight memories of the ease of scoring a week earlier but both teams appeared tentative for most of the first.

Some could have been because of the play, some could have been because of his nature or some could have been just good old southern gentlemen hospitality, but when Lee Stempinak got tangled with referee Dan O’Rourke in the corner and both went down in the corner, Stemper immediately made sure O’Rourke was OK before continuing play. For what it’s worth, O’Rourke was a teammate of Rod Brind’Amour in college. The Canes had the better play in the first but in looking at both benches, the coaches were anything but pleased at the play of their team. There was more center ice action than during the warmups and anytime either team penetrated the defense, both Price and Ward were sharp. 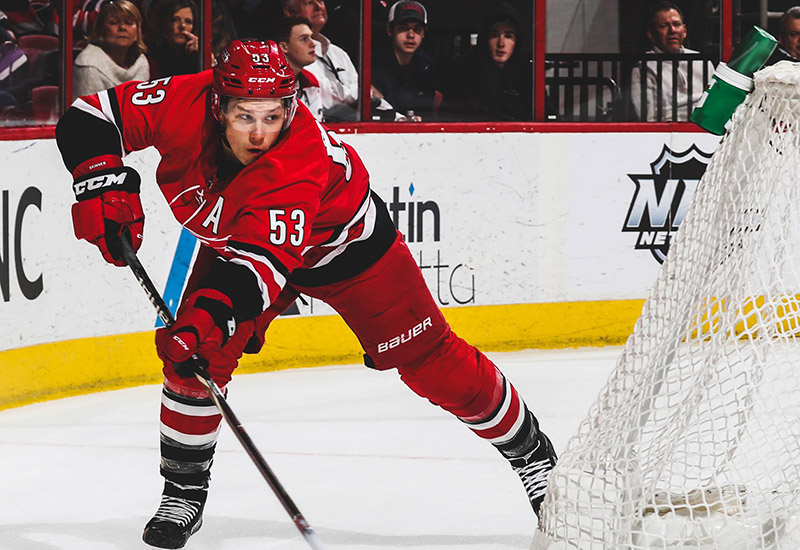 Pesce Nets First of the Season

The Canes came out in the second with a determination to change what they did in the first. Skating was whole lot faster, checks were finished and finished with authority, passes were Ron Hainsey-like hard and on the tape and there was a net front presence unlike the first period. With the fourth line out for a faceoff to Price’s left, Marcus Kruger outmuscled his man for the puck pushing it over to Elias Lindholm near the boards. Lindy looked around and saw Pesce on the right point and made the smooth pass to Pesce’s stick.

With Joakim Nordstrom crashing the net, Pesce sent a slap shot into the traffic. With all the bodies in front, Price never saw the puck go in the net for Pesce’s first of the season. Watching Pesce’s quiet celebration after the ref signaled “goal” was special and can only guess a phone call to his parents in Tarrytown, New York would be right after the game. The Canes continued to have the net front presence throughout the second and what was also noticeable were the number of passes through the blue ice of the crease for possible tip ins.

Whenever there was either a defensive let down or good play by a Canadien, Ward was there for the stop with several impressive saves. Jeff Skinner, who isn’t having a Skinner type year with goals, has really improved his defensive game. Skinny has always been a team leader in steals but notably twice in the second he made outstanding defensive plays deep in the Canes end.

McGinn and Ward Seal the Win

The Canadiens came out in the third like the Canes did in the second: more aggressive on and off the puck and especially in front of either goalie. A couple of skirmishes came about with just pushing and shoving, or maybe a punch here or there but no penalties. Just enough to let the other team know that no one is going to be pushed around. Neither team is considered NHL big and neither team is known to have a willing fighter so all of this was posturing. Unlike the first, very little play was in the center zone; all play was deep in either end. The Canes had several set ups that looked like a high percentage shot should be taken only to have a pass to a player not in a shooting position.

The best way to protect a 1-0 lead is to make it 2-0 and that usually comes with shots on net. After one of the players did the pass-not-shoot option, Brind’Amour went over to him leaning down probably offering up shooting next time or going one for one in the gym. Next shift that player had two shots. Late in the period Victor Rask won a puck and sent it deep to Prices right.  Justin Williams out skated his defender on grit alone, just before the puck was to hit the end boards, Willie did a sweet backhander to center the puck right in front of the crease. McGinn, who had another solid game, punched the puck high glove side to seal the win with 5:09 to play.

The Canes kept the pressure on and with just 2:11 to play and the fourth line on the ice, Kruger drew a hooking penalty from Daniel Carr allowing the Canes the man advantage for two minutes which meant Price wouldn’t be pulled for the extra skater. Give the Habs credit: they were very aggressive on the man down situation and twice had shots, one of which had goal written all over it but Ward made an outstanding glove save. Great win, nice to see Wardo get his second shutout and the Canes swept the Canadiens in all three games this year, first time a sweep as the Carolina Hurricanes.

Next game is Friday, February 2, 2018 against Detroit. Be there! 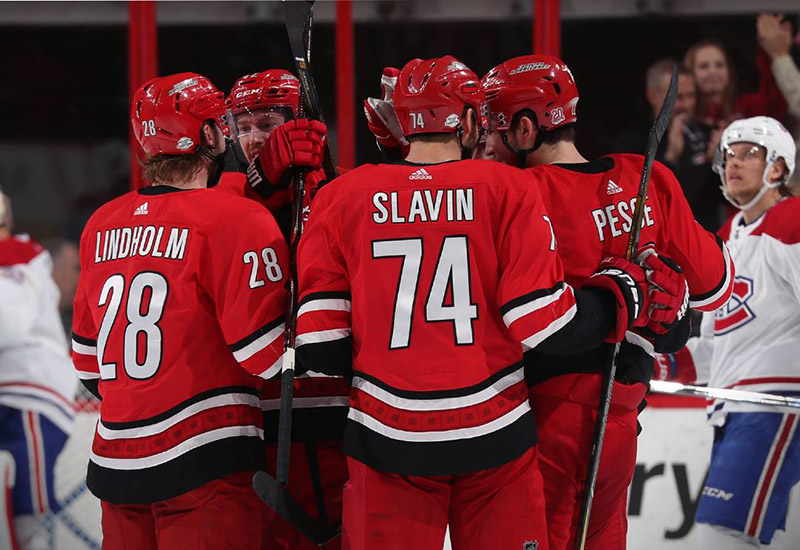 Gardening: Getting Ready for Spring