Cary, NC – As three musicians from three different religious backgrounds, Abraham Jam demonstrates how people can come together through harmonious music and a variety of instruments.

Abraham Jam, who will be performing at the Cary Arts Center on Saturday, April 7, 2018, is made of three Christian, Jewish and Muslim musicians – David LaMotte, Billy Jonas and Dawud Wharnsby respectively. With these concerts, the group tries to bridge perceived religious differences.

“We want to demonstrate that folks who are different can create something beautiful. It’s part of why we prefer performing harmonies rather than having each of us play the exact same part,” LaMotte said. “As a culture, we usually focus on resisting what’s wrong, and that’s important. But there’s the other half and that’s demonstrating what’s right.”

LaMotte said the shows find a way to be fun and uplifting rather than being just a heavy conversation with the audience, though he said there are some serious moments. Mixed in with that, he said they perform in a way that gets the audiences engaged.

“We’re all close friends in our personal lives and we all love playing music together. People can feel what’s real and see that when we’re on stage,” LaMotte said.

The music of Abraham Jam comes from mixing different styles and musical traditions from all three musicians, as well as a wide variety of international instruments and even some songs sung in Arabic and Hebrew.

“Billy is an extraordinary composer and finds ways to blend our strengths. It’s not just us taking turns playing our own music,” LaMotte said. 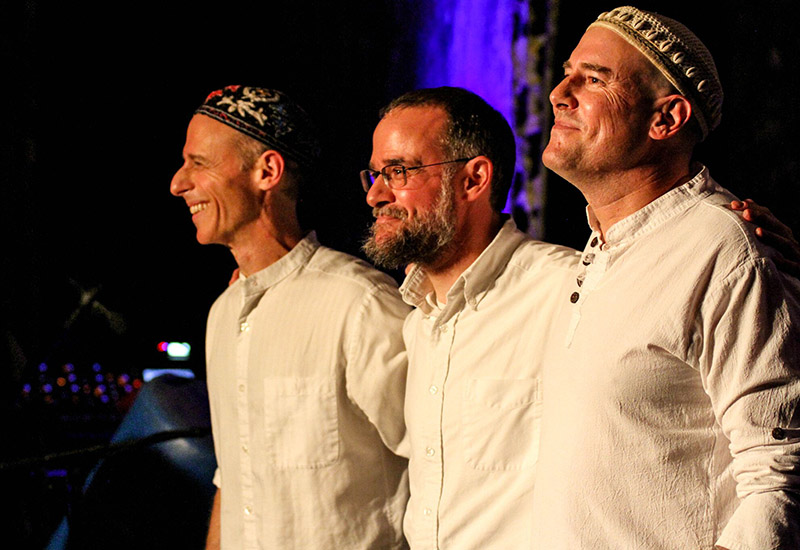 Abraham Jam started in 2010 as LaMotte was working with the North Carolina Council of Churches.

“We were trying to determine how to respond to Islamophobia in the Triangle. The Council wanted to be supportive,” LaMotte said.

They came to the conclusion that any way to influence society needed a movement, and a movement needs students, and students need music. So LaMotte met with Christian, Muslim and Jewish students groups who connected him with Wharnsby and Dan Nichols, a Jewish musician who was later replaced by Jonas due to schedule conflicts. The name “Abraham Jam” comes from the three musicians all belonging to faiths stemming from the religious figure Abraham.

“Our first concert was at Duke and that’s where I met them both,” LaMotte said. “Immediately, we felt like brothers from other mothers.”

Abraham Jam has continued to perform around North Carolina and the country and every show changes as the group tries to feel the room.

“I’ve probably played 3,000 concerts and each one is different. When we play, we always end up departing from the setlist,” he said. “But we never censor ourselves. We’re always presenting the same message.”

LaMotte said the idea that the world is in a divisive time now is so well known that it is a “trite” observation, but said the important thing is to ask what can be done about it.

“At the end of our shows, people come out inspired,” he said. 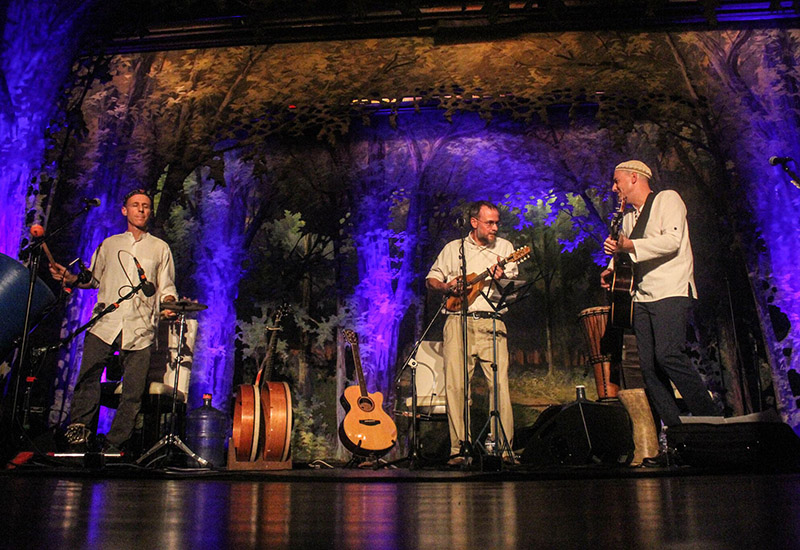 Money Matters: Double Your Impact With These Charitable Giving Strategies