Cary, NC – After his partner was out with an injury, International Ballet Academy dancer Clark Eselgroth thought he wouldn’t be able to perform his prepared dance at an upcoming competition in New York. But with help from the Orlando Ballet School, Eselgroth has formed a new partnership that is uncommon among ballet students. 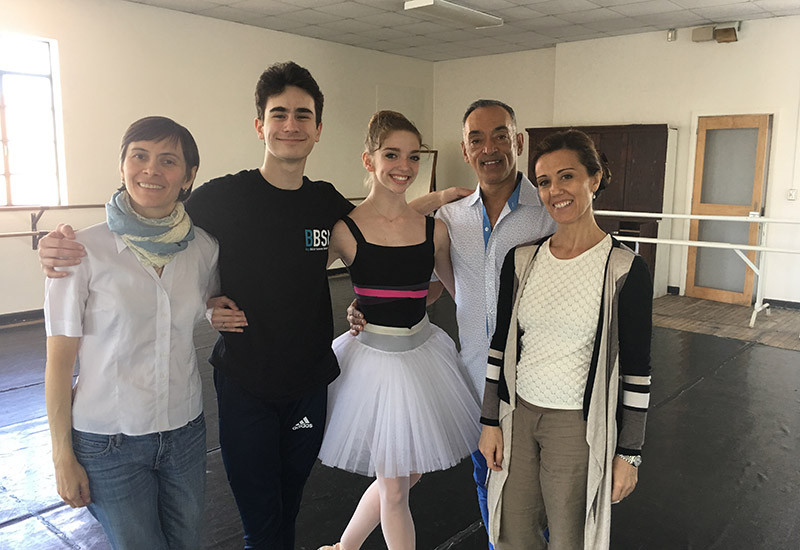 Learning To Be a Team

Eselgroth and his partner Sydney Poulsen originally qualified for the Youth America Grand Prix New York Finals back in February and after Poulsen’s foot injury, the pas de deux (a duet between a male and female dancer) they practiced looked like it would not be performed in New York.

However, the International Ballet Academy had connections to the Orlando Ballet School and the two agreed to pair Eselgroth with an Orlando dancer so the pas de deux could be performed in the competition.

“It’s not common for that to happen with two schools,” Eselgroth said. “It happens with ballet companies but it’s less common in students.”

Eselgroth’s new partner is Jolie Rose Lombardo and while both dancers have qualified for the New York Finals individually and competed last year, she said practicing for a new pas de deux together is a challenge.

“We only have two weeks together when normally we’d be practicing together for four to six months,” Lombardo said. “But Clark is the best partner and he’s easy to work with.”

Similarly, Eselgroth said Lombardo had many qualities that made dancing together easier.

“She’s the quickest learner I’ve ever met and she’s the tallest dancer I’ve ever been paired with,” Eselgroth said. “That’s good because it means she can go in anywhere.” 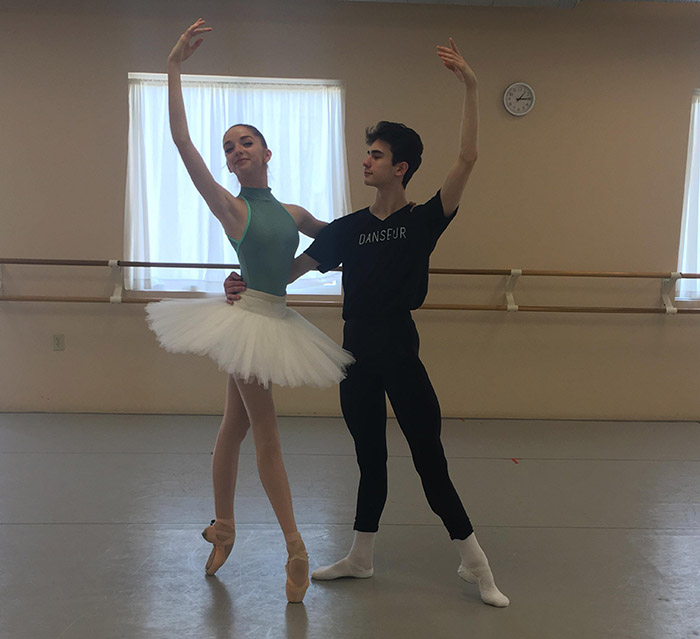 While both Eselgroth and Lombardo said they each make the pas de deux easier to form, they also said the relationship between  their two schools help them create their pas de deux routine.

“Our teachers know each other so we can make changes in the dance well,” Lombardo said.

In order to train both dancers together, Lombardo is training part of the time before the New York Finals – which start on Saturday, April 14, 2018 – and Eselgroth will travel to Orlando to train part of the time with Lombardo and her teachers.

“It’s been good experience for me,” Lombardo said. “I’ve only formed a pas a few times in school.”

This will also be Lombardo’s first time performing in a pas in the New York Finals. 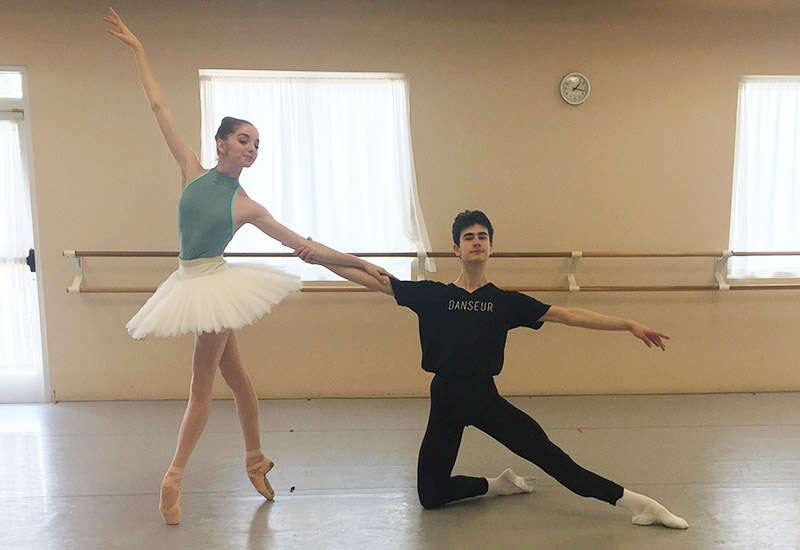