Cary, NC – Often, the plays and works of William Shakespeare are presented in a way that is not approachable to most audiences. But a touring comedy show is highlighting the comedy of Shakespeare while also letting audiences enjoy locally brewed beer while they watch.

Comedic Look at the Bard

ShakesBEER is a play put on by the Raleigh-based Bare Theatre and touring across the Triangle, including two shows at Cary’s Fortnight Brewing Company on Tuesday and Thursday, April 24 and 26, 2018.

Director Dustin Britt said the show was created by the Bare Theatre to give more people the opportunity to see Shakespeare’s work.

“We wanted to bring Shakespeare to people rather than wait for them to come to us,” Britt said. “It’s designed for people who don’t like Shakespeare or even think they hate his work.”

Each performance is around 45 minutes long and features scenes from Antony and Cleopatra, A Midsummer Night’s Dream, As You Like It and Henry IV (the Henry IV scene includes Falstaff, who is considered Shakespeare’s best comedic character who is often found in bars). There will also be a montage of various “clown” scenes from Shakespeare plays.

“It’s easy to follow and funny. It’s also designed for people without the time to get out to the theater,” Britt said. “We’ve also created a story and context where four actors have to be in the bar and put on the show. It’s very meta.”

There will also be music involved and some audience members will be pulled up on stage.

“I’d encourage people to go both nights because it’s a different show based on the crowd,” Britt said. 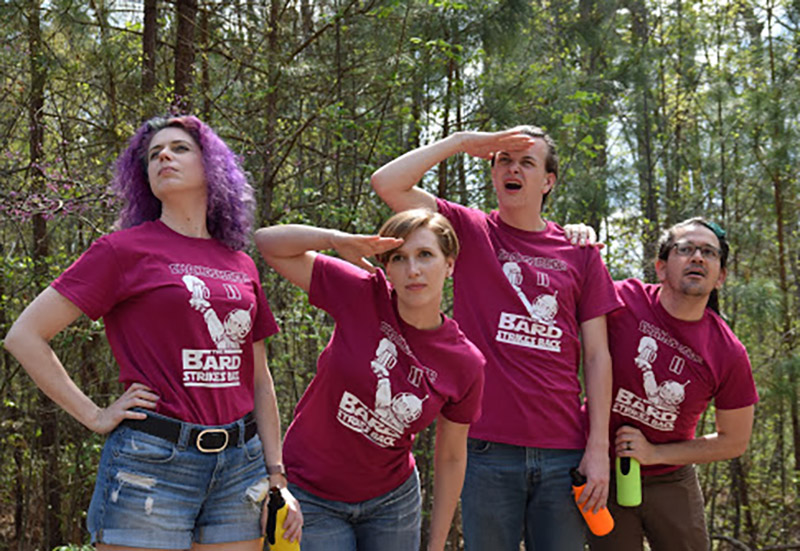 Energy From the Audience

This is the second year Bare Theatre has put on ShakesBEER and Britt said it caught on with both audiences and bars, which was especially good to see since this was his first experience with directing.

“We did a second tour because it has been so successful. The venues love it because they get to sell more drinks. We like to do shows on weekdays because that’s when these venues are usually empty so it brings in more people,” he said. “Last year, Fortnight was our biggest show. They’re very collaborative and we begged our producers to go back there.”

ShakesBEER is a unique show, Britt said, because of its short length and cast of four actors, which he said makes it easy to repeat.

“I would love to keep it as a repertoire show ongoing for the Bare Theatre,” he said. “It’s a small cast with a short script so the actors learn it quickly.”

As far as the show itself, despite being tightly scripted, Britt said the speed and intensity makes it feel more free and open.

“It’s going to have the energy and pacing you’d see at an improv show,” he said. “And it’s very informal as far as how the room is arraigned. If you’re already at the bar and it starts, you can stay and enjoy it without it interrupting your night.”

ShakesBEER is free to attend while the theatre accepts donations.

ShakesBEER II: The Bard Strikes Back 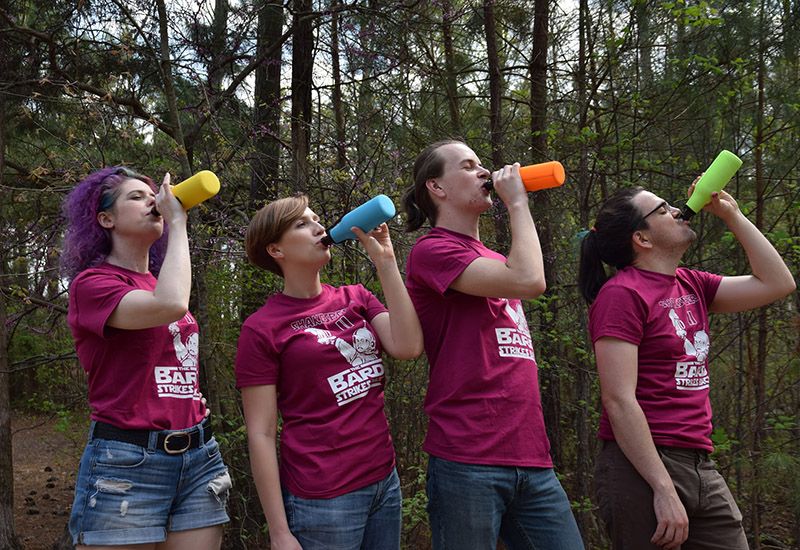