Cary, NC – The North Carolina Courage continued their undefeated streak this season in a home game against Seattle Reign FC, with a goal in the second half after a difficult first.

For much of the Wednesday, April 18, 2018 game, the North Carolina Courage had to wrestle for control of the ball at Sahlen’s Stadium at WakeMed Soccer Park. Both teams were evenly matched and neither were able to score on the other. There were seven close goal attempts with the Courage’s Jessica McDonald getting a breakaway. Unfortunately, her offense was stopped by Seattle goalkeeper Michelle Betos.

While this breakaway did not result in a goal, it precipitated a number of attacks by the Courage that continued into the second half. There was a very close goal as Lynn Williams managed to get a one-on-one with Betos. However, Williams’ kick went wide and the ball missed the goal.

The story of the second half became the Courage’s determination to score despite unlucky plays. First there was Williams’ wide kick, then McDonald got her new opportunity as she got in just above the penalty box. It was another ideal position but McDonald had her shot blocked by Betos, setting up a corner for the home team.

But McDonald would stay doggedly persistent as she got a big arching pass courtesy of teammate Kristen Hamilton. Now McDonald had another one-on-one against Betos but the results were different this time. McDonald hit a huge kick hitting just past Betos’ fingertips and gave the Courage their one and only goal of the night.

While Seattle had the Courage pressed in the first half of the game, Head Coach Paul Riley said offensive plays were able to turn things around near the end.

“The second half was a great second half. We created three or four wide open breakaways, and we kept everybody here in their seats until the end as we do normally,” Riley said.

With this win, the Courage are 4-0 for the season, similar to the strong showing they put in during the 2017 season. Of the 15 games the Courage have played at home since coming to Cary, they have only lost three. 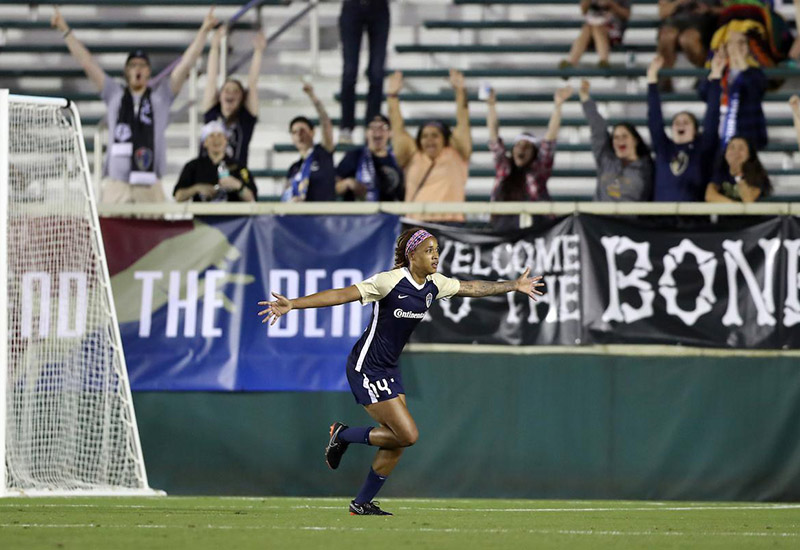 ShakesBEER Returns to Cary with Interactive Comedy and Music