Cary, NC – The Carolina Lily chapter of the National Charity League graduated their 2018 class in late April, sending off a group of local students who have collectively donated thousands of hours of their time to local charity groups.

The Carolina Lily chapter of the National Charity League started in 2010 and was officially chartered in 2012, working with around 21 charities and non-profits and boasting more than 200 members.

On Sunday, April 22, 2018, the National Charity League chapter recognized 18 high school seniors who have volunteered with the chapter since they were in seventh grade, around the same time the local chapter first formed and chartered. As a group, these 18 students and their mothers have served more than 5, 200 hours. That includes 544.5 hours with the USO of North Carolina, 308.5 hours with Brown Bag Ministries and 243.5 hours with the SPCA of Wake County. 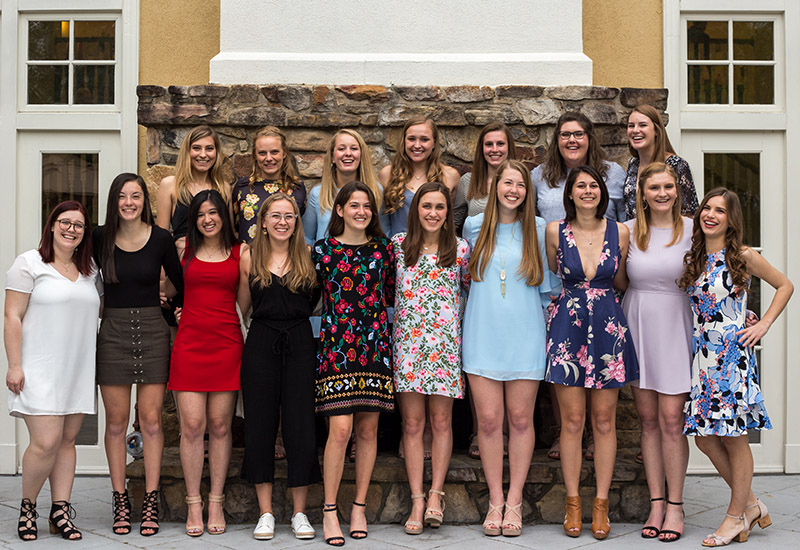 Story by staff reports. Photos courtesy of the Carolina Lily chapter of the National Charity League. Coverage on CaryCitizen is sponsored in part by Thai Spices & Sushi.