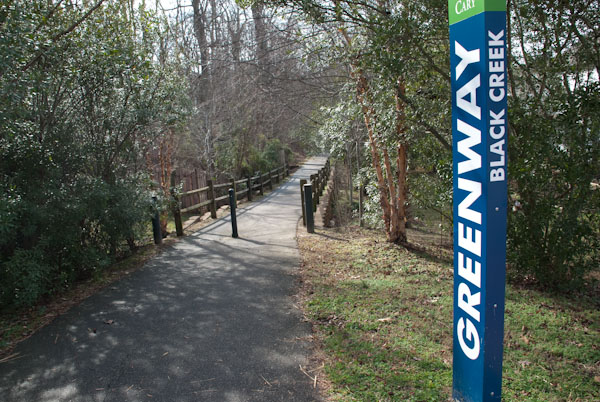 Phases I & II of Black Creek Greenway were originally constructed 25 years ago and extend approximately 2.5 miles between Old Reedy Creek Road and West Dynasty Drive. This portion of the greenway trail does not meet the current Town’s minimum design standard of ten feet wide for asphalt trails and twelve feet wide for the bridges. The greenway has also been severely impacted by heavy rains and flooding requiring major upgrades to prevent further storm damage. Phases I & II reconstruction will bring the greenway up to current design standards including 7 new bridges that will be upgraded and elevated to reduce stormwater impacts. 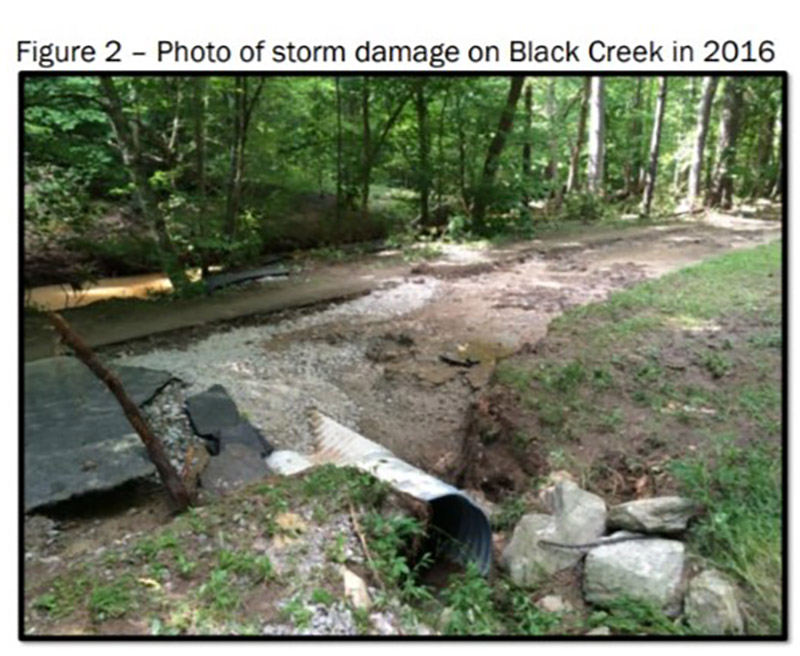 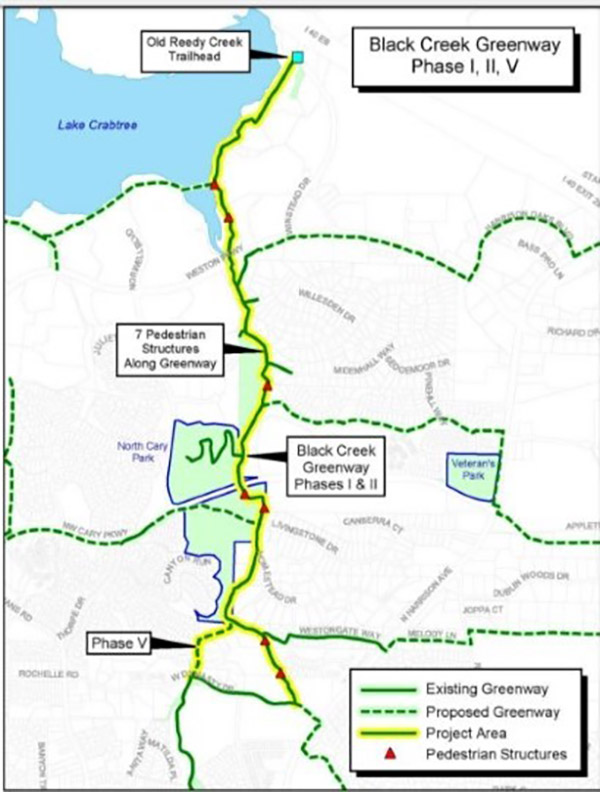 The total estimated project cost for the renovations to phases I & II and the new phase V trail is $6.6 million. The town had originally received a grant from the Capital Area Metropolitan Planning Organization (CAMPO) for $2.6 million and Cary had already appropriated $2 million. Shortly thereafter we were awarded the $4 million grant from NCDOT. We don’t just apply for grants from one agency, we apply for grants from all possible agencies ; – )

So yeah, we’re accepting the higher grant award from NCDOT and not the CAMPO grant – and before you ask, no we can’t use both ; – )

The $4 million grant from NCDOT also allows for another $1 million grant once the project has gone to bid for a total grant amount of $5 million in NCDOT STIP funds. Cary’s share of the cost would be $1.6 million. We have already appropriated $2 million so roughly 400K will be returned to the general fund and become available for other needs. Cary will be getting a shiny new $6.6 million greenway for $1.6 million in town funds…. And did I mention it aligns the greenway crossing West Dynasty so you won’t kill yourself peddling up that crazy hill anymore?

With the acceptance of grant funds, our Town of Cary staff will begin the process for acquiring the necessary easements and right-of-way for the project with a goal of initiating the construction bidding phase in 2019.

Special thanks to our amazing Town of Cary Staff and the fine folks at the Black Creek Watershed Association for all their efforts thus far. As with everything Cary, everyone working together makes great things happen! I can’t wait for this project to begin. Cary Rocks!

From the blog of Cary Councilmember Don Frantz. Photos courtesy of Don Frantz and Hal Goodtree.