Cary, NC – Construction on the new downtown Cary library, to be known as the Cary Regional Library,  started this past Friday, May 11, 2018 as tree clearing and grading got underway.

The location for the new Downtown Cary library was set in 2010 to sit at the intersection of Walnut Street, Kildaire Farm Road, with the parking deck extending to Walker Street, adjacent to the Downtown Cary Park. 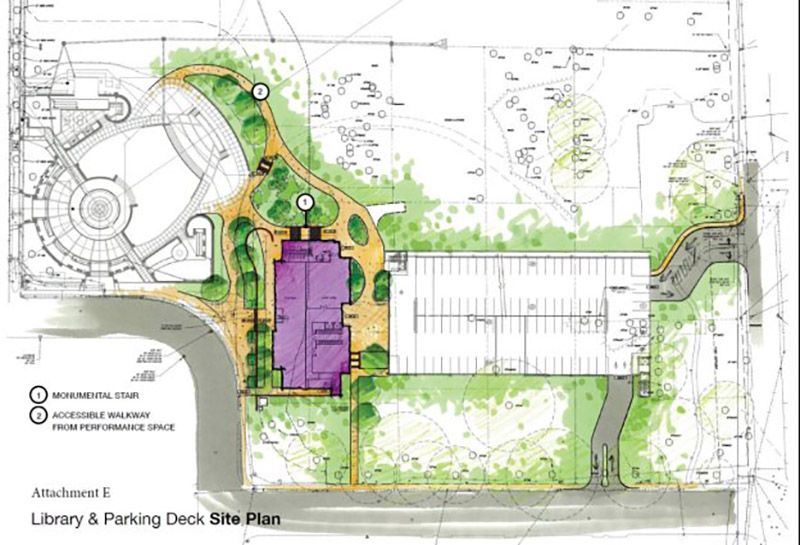 Plans are for the library to be 30,000 square feet with three floors and will be adjacent to a 600-space parking deck. The Cary Town Council most recently voted on an amendment to the memorandum of understanding with Wake County in late February. Wake County will pick the construction bidder and design the parking deck with the Town of Cary paying around $13 million of the overall $23.7 million cost.

With construction now underway, the plans are for the new library to open in Autumn 2019. There are not yet plans announced for the existing downtown library on Academy Street and what will be done with that building or property.

Models of the new library 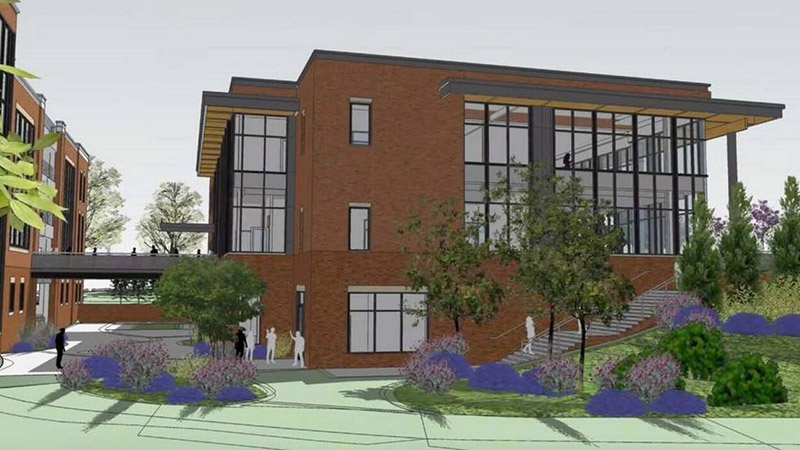 Models of the new library

Cary Public Information Specialist Kathryn Trogdon said there are no planned traffic changes due to construction at this time, though the Walker Street parking lot is currently closed. Also, the library’s construction does not interfere with the next phase of the adjacent Downtown Cary Park, Trogdon said, though because the consultant was only hired in recent weeks, that second phase is still in its very earliest stages.

Weekend Events: Wheels on Academy, Polka Plus Band and More
Scroll to top
%d bloggers like this: