Cary, NC – North Carolina FC looked like it had the best of Bethlehem Steel FC in their latest home game but two shots in the final minutes of the game turned the tide, putting Bethlehem on top and giving NCFC the L.

The Saturday, June 2, 2018 match at Sahlen’s Stadium at WakeMed Soccer Park took place on wet grass, but that didn’t slow down NCFC. In their traditional style, NCFC played fast and early, getting a goal in the 16th minute.

To set up that shot, Peabo Doue positioned himself near the left back post. This put him in the perfect spot as midfielder Kyle Bekker hit a corner kick and Doue darted through the other players and hit the ball in from a few yards out, bringing the score to 1-0. This was Doue’s first goal as an NCFC player.

For the majority of play time, it was a scoreless game and both teams played strong defense. Unfortunately, NCFC’s broke down first as Bethlehem defender Ben Ofeimu got in close and scored a goal. If it wasn’t bad enough that NCFC’s win turned into a draw, two minutes later, Bethlehem midfielder Michee Ngalina got a close-range shot in. The game ended 1-2.

NCFC Head Coach Colin Clarke said at the end of the game, he was “bitterly disappointed.”

“We’ve done a lot of very, very good things. Particularly in the first half, I thought we moved [the ball] when we passed it – some of our passing was very, very good. In a one-nil there’s always that opportunity [to give up a goal],” Clarke said. “We didn’t do a good enough job of getting ourselves organized for the last 15 minutes of the game.” 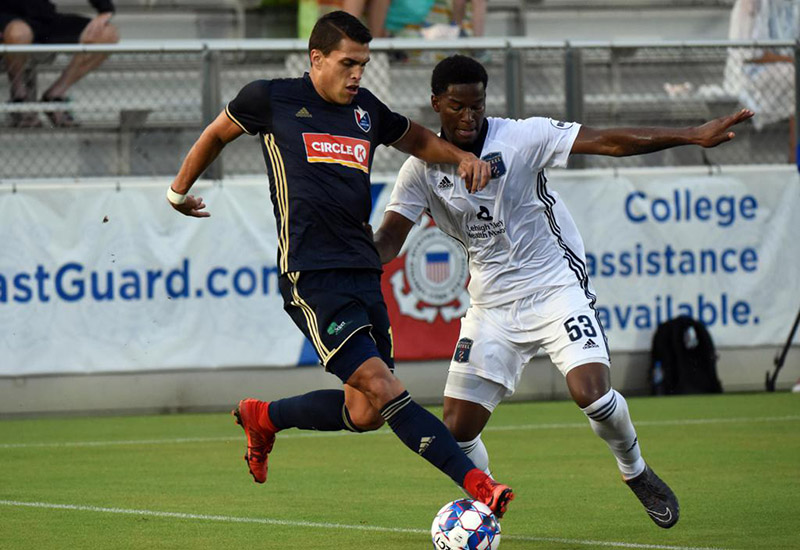 This past Saturday was the first-ever match between NCFC and Bethlehem Steel FC. If both teams remain in the USL, fans can look forward to more match-ups against these teams as both now have something to prove after such a quick and narrow victory.

NCFC will have to recover mentally and physically from this loss quickly because they play D.C. United in the fourth round of the Lamar Hunt U.S. Open Cup this Tuesday, June 5, 2018. D.C. is an MLS team so competition will be stiff.