Cary, NC – This week was a holiday week and the first week back from vacation.

Later Tuesday I held my first Bollywood dance lesson. One thing I did learn is that this is not going to be easy. I will be taking dance lessons weekly until the event in October.

Thursday I attended a joint meeting of CAMPO and DCHC MPO. The agenda included overviews and status updates on transit investments, roadway investments, and SPOT 5. It also provided details of transportation policy priorities agreed upon by the MPOs. They include:

“KEYS TO A MOBILE FUTURE: Transportation is big. But it is always part of something bigger: economic development opportunities or healthy, active neighborhoods or greater access to jobs and education. The Triangle Metro Region – urban, suburban and rural – was home to 37% of the state’s growth from 2010-2017, and is expected to add another million people over the next generation. A transportation policy that enables North Carolina to continue to compete effectively must focus on 3 Key areas: Economic Develop and Attraction of Diverse Talent; Healthy, Complete Communities Accessible to All Residents; and Safety for All Travelers From Youth to Seniors.

The majority of the discussion between the two boards was on the NC Legislature and their budget which would require light rail to have federal funding in place before state funding can be received. Since this is not the way federal funding works it essentially kills light rail. The board members expressed a belief that the impacts of this kind of decision could be similar to HB2. That is, companies considering North Carolina, Wake County, RTP, and the rest of the region might view this negatively and eliminate the Triangle from consideration. This is particularly important since it has been said that Amazon and Apple have this area on their short lists. Arguments for the light rail point out that over $2 billion dollars of federal funds would come back to North Carolina for the project. And over 20,000 jobs would be created. The meeting concluded after about two hours.

Friday I participated in a meeting of the North Carolina Metro Mayors. Topics included the budget, transportation items, economic development, public safety, and local municipal controls. At the time of the meeting they believed the budget would go to the Governor on Friday and that the Governor would likely sign it.

The budget as written would kill light rail. One other interesting comment by the Metro Mayors staff is that Amazon is unlikely and that Apple is imminent. The meeting concluded after half an hour. 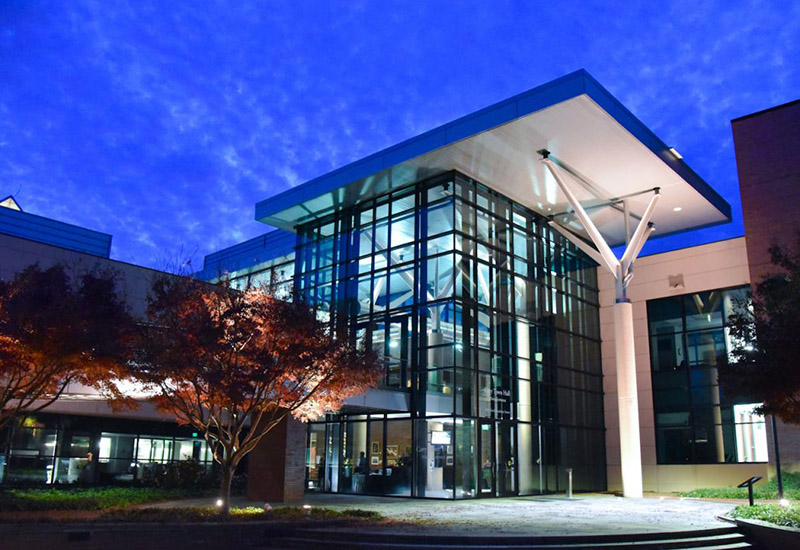 Staff is working on fulfilling a public records request made by several media outlets for all qualifying records in the Town’s possession regarding IKEA over the last year. The Town Clerk’s Office will coordinate with the Mayor and Town Council on the organization-wide response.

The NC Dept. of Environmental Quality, (NCDEQ) staff recently completed their wastewater collection system inspection with Town. We’re pleased to report that the inspection went extremely well in all areas. The final report is expected over the next few weeks.

Many thanks to the Utilities and Public Works staff who participated in the inspection!

As Building Safety Month comes to an end, our Code Officials have been quite busy in our community. Code Officials visited a “Technology, Engineering and Design” class at Panther Creek High School where they presented on residential and commercial construction and answered questions from students relative to the North Carolina Building Code and the construction industry. In addition, our Code Officials visited the Lowe’s Home Improvement store at 1920 NW Maynard Road and answered questions from our citizens and contractors about home renovation projects and permitting requirements. Thanks to all our Code Officials for their efforts during the month and to our Cary Town Council for recognizing May 2018 as Building Safety Month in Cary.

Newly constructed in February 2018, the Vandiver pump station began operation in the developing Providence at Yates Pond and Woodhall residential neighborhoods and is located near White Oak Road in the western service area.  Vandiver pump station, named after the street in which it’s located, has an ultimate pumping capacity of nearly 1.2 million gallons per day and can support more than 1,200 new homes. Some of the new station’s standard features include odor control, alarm monitoring, privacy fencing and a permanent emergency generator. This full-time station brings the total number of pump stations to 40.

Recent infill development in established downtown Cary neighborhoods has made it necessary to renumber the street addresses for several households. To help citizens better understand the process and to respond to their questions, Town staff will host an informational meeting on Tuesday, June 5, from 5:30 p.m. to 7:30 p.m. at the Page-Walker Arts and History Center.

Joint Meeting of the CAMPO and DCHC Executive Boards

A joint meeting of the Triangle area MPO executive boards was held on Thursday at the Research Triangle Park Headquarters with Mayor Weinbrecht co-chairing the meeting. Presentations included major transit and roadway investments, a SPOT 5 update and a discussion on the transportation policy priorities for the Research Triangle Regions, which focused on three major themes: economic development, healthy and accessible communities, and traveler safety. The Boards also expressed concerns over recent state budget decisions and their negative impact on transit’s future in North Carolina. The next joint meeting of the boards will be held on October 31, 2018 at 9 a.m. at the Research Triangle Park Headquarters.

You may have read in the media about a recent law enforcement operation. On May 31, Cary PD was requested to assist the FBI with the execution of a search warrant at the 8600 block of Forester Lane. The FBI, US Postal Service and ICE were all involved in the execution of the warrant which was related to a banking fraud case. Our only involvement was providing a uniformed presence during the search.

According to the NC Craft Brewer’s Guild, North Carolina boasts the largest number of craft breweries in the American South, with more than 260 breweries and brewpubs. We have also experienced growth in Cary, which now enjoys at least three local breweries. Of course, the number one ingredient in beer is water.

Big news on the stormwater front! Dr. David Salvesen, professor at UNC Institute for the Environment, let us know that his senior-level class ENEC 698 Capstone: Analysis and Solution of Environmental Problems, will evaluate the possibility of developing green corridors and greenways that would improve pedestrian connectivity and preserve the riparian buffer while reducing the risks of flooding in the town. Specifically, students will evaluate the possibility of preserved open space, additional greenway and/or linear park alignment and locations between the Eastern Gateway and Downtown Park. Finally, the project will should also promote and find ways to help engage the community in order to develop a shared knowledge of the risks of flooding and the benefits of open space, a greenway and linear park.

As the North Carolina General Assembly convenes in Raleigh, many statutes and budget items are coming up that hold significance to municipal operations. This week, some of the new developments include:

Because this budget is being presented as a conference report, no amendments will be made to budget items; the only way to make changes will be through the technical amendments bill or other legislation.

Thanks to Town staff, including Amy Mackintosh, Denise Dickens, Kristy Buchanan, Kathryn Trogdon and Kat Williams, for ensuring that a new sign at the Kids Together Playground was installed just in time for the playground’s birthday celebration on June 3. The sign tells the story of how the playground came to be through the hard work and dedication of the Kids Together non-profit and its volunteers. Kids Together will host its 18th birthday celebration this Sunday from 3-5 p.m. And the park’s new Enchanted Misting Garden will be officially turned on!

Next week’s activities include a meeting with the town manager, an economic development meeting, a budget work session, remarks at a Smart Cities workshop, and a Metro Mayors meeting.

Well, that is all for this week. My next post will be on Sunday, June 10th.  Although I have Facebook and Twitter accounts those are not the best means of communications with me. Please send all Town of Cary questions or comments to Harold.Weinbrecht@townofcary.org and email personal comments to augustanat@mindspring.com.