Cary, NC – Professionals in Downtown Cary have a new place for breakfast on the way to work as the owners of Pizzeria Faulisi open a bagel shop, complete with a unique baking method.

Big Dom’s Bagel Shop is opening in Downtown Cary on E Chatham Street, in the former Little Caesars location. Owner Zach Faulisi, who also owns nearby Pizzeria Faulisi, said they had been eyeing the store as a possible location they would want to pursue and will be using the Little Caesars ovens for their bagels and other baked goods.

Faulisi said he and his wife had been selling bagels they made in the wood fire oven at Pizzeria Faulisi since 2017.

“We had been doing pop-up markets on Saturdays for six months. I wanted to test our oven and see what else we could make in there,” Faulisi said. “With the wood fire oven, they were like Montreal-style bagels but the ones we’ll sell [at Big Dom’s] are a mix between New York-style and Montreal-style.”

The bagels made here will also use a different baking method than typical, as Faulisi explained it. Usually, bagels are put on a wooden paddle when baking and then later flipped onto a hearth.

“Because of the shape of our wood fire oven, I put the dough on a sheet pan with Crisco. It gives the bagel that perfect brown ring and it absorbs the Crisco,” Faulisi said, comparing the taste to pan-fried chicken. While Big Dom’s will not use the wood fired oven, Faulisi said they will still use this sheet pan and Crisco method.

In addition to bagels, the store will sell biscuits and “b’donuts” or baked doughnuts, all made with hand-rolled dough. Faulisi said the b’donuts are like cake doughnuts, made using sweet potatoes.

“When you add something like a sweet potato, it makes the doughnut moist,” he said.

The current plan is for Big Dom’s Bagel Shop to open before the end of 2018. 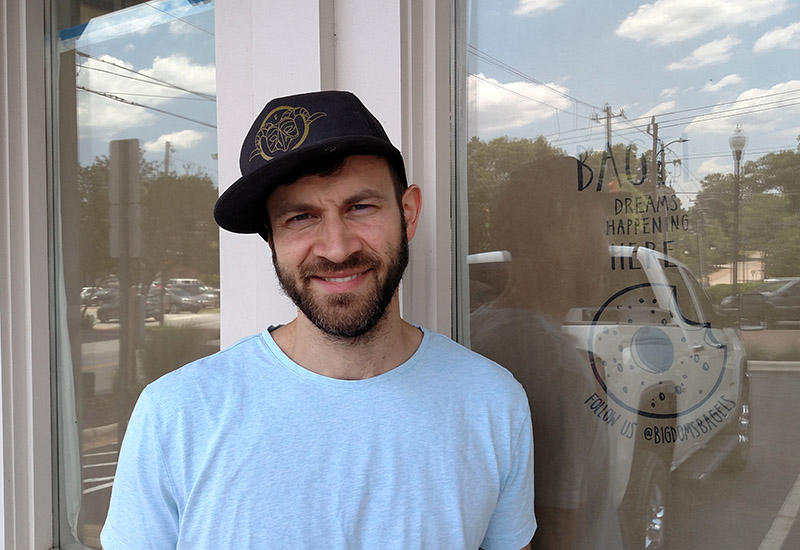 “That way, we’re developing flavor over time,” he said.

Faulisi also said the store will use local ingredients where they can, not only to support local farmers but also because of the quality of the produce.

“The agriculture here is well taken care of,” he said. “In North Carolina, there’s a real appreciation for what farmers do.”

The flour used will come from North Carolina farms, as will the sweet potatoes.

To make the ordering and eating process convenient for customers, Faulisi said they are looking into getting an app so people can pre-order their food and also utilize the existing drive-thru window on the building for pick-up. Also, Faulisi said they will add a counter-top rail around the windows.

“We want to give it that big city feel,” he said. 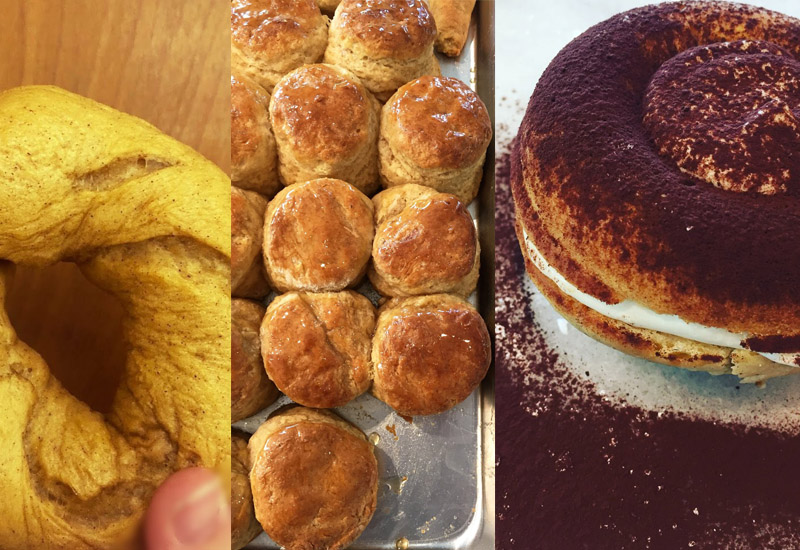 Coverage on CaryCitizen is sponsored in part by Thai Spices & Sushi.