In information released this weekend, the FDA said cut melons sent from a facility in Indianapolis may be contaminated with salmonella. So far, the FDA has reported more than 50 illnesses tied to the specific strain of salmonella being monitored. No illnesses have been recorded in June.

The circulation of these cut fruits – watermelons, cantaloupes, honeydew and fruit mixes containing any of these fruits – includes North Carolina and the FDA says the potentially contaminated fruit could have shipped between mid-April and early June. This means shoppers could have bought the products before the FDA warning went out and stores removed them from shelves.

For Cary residents, stores that fall under this warning include Kroger, Trader Joe’s, Walgreens, Walmart, Whole Foods and Costco. Also, for shoppers who go to the Sprouts Farmers Market nearby in Raleigh, that chain is also affected. If unsure, check to see if the fruit was distributed by Caito Foods, which is the owner of the Indiana facility.

The recall applies to pre-cut fruit in clamshell containers so buying full melons is still safe. Impacted products can be returned to stores for refunds.

If you think you have salmonella symptoms, seek health care immediately. Symptoms include diarrhea, nausea, cramps and fever,  but can lead to more severe symptoms in young children and the elderly or if left unchecked.

For more information, as well as information on disposing any suspected fruit, you can call the FDA at 844-467-7278. 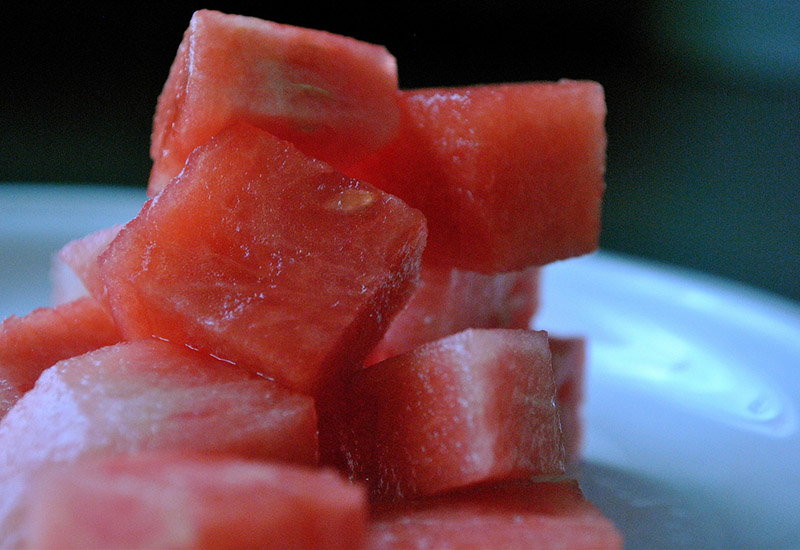