Cary, NC – The week was much slower than last week and is typical as we approach the summer.

Monday afternoon I was scheduled to meet with the town manager for our weekly one-on-one but he had a scheduling conflict. So he sent an information summary on topics that included a Fortune 500 company, downtown park consultants, and status on feedback about the budget. We will meet next Monday as scheduled.

Monday night I attended a meeting of the Wake County Mayors Association. All mayors were in attendance except the mayors from Fuquay Varina and Wendell. We were joined by Wake County School Board Superintendent Cathy Moore. She talked about her vision for each student and about the future of Wake County schools. She also gave us insight of her life story. The mayors discussed several items including their budgets which start on July 1st. Only a few municipalities will see tax increases and Cary will continue to have the lowest tax rate in Wake County. Our meeting concluded after about two hours.

The agenda for this month included four consent agenda items, one public hearing, and six discussion items. The board unanimously approved the following:

The committee also agreed not to hold a meeting in July so our next meeting will be in August. The meeting concluded after about an hour and a half.

Friday I participated in a meeting of the North Carolina Metro Mayors Association. Here are the summary notes from that meeting:

The legislature is in wrap up mode.  The General Assembly is no longer taking up any major legislation and is unlikely to move forward with legislation than may publicly controversial or face a possible veto.  This week has been spent working on local bills and constitutional amendments.

All constitutional amendments must pass the legislature with a three-fifths vote of each chamber. If passed by the legislature, the amendments would appear on the November ballot and must receive a majority approval of voters.

S758, Build NC – signed by the Governor for up to $3b in revenue bonds (no referendum) specifically for highway projects through the STI process at the Regional and Divisional level.

Bus Maintenance/SMAP Cut (Budget item) – cuts to state support for bus maintenance in order to make up for an ongoing shortfall in revenues in the Highway Fund.  A white paper on the SMAP program background and the spreadsheet for FY18 funding distribution are both attached.  It is expected that each city will see a 27% reduction from their FY18 funding level.

Subsequent to the Supreme Court ruling on internet sales tax this week – a Legislative Committee may be created to meet between sessions to explore incorporating the ruling into NC tax law in 2019.

The meeting concluded after about 20 minutes.

On Tuesday, the planning for the Downtown Cary Park Master Plan kicked off with a presentation by the consultants, consisting of The Office of James Burnett and their team. A large interdepartmental group of staff participated. Staff reviewed the proposed schedule, vision and goals of the project, as well as information that the consulting team has collected to date. 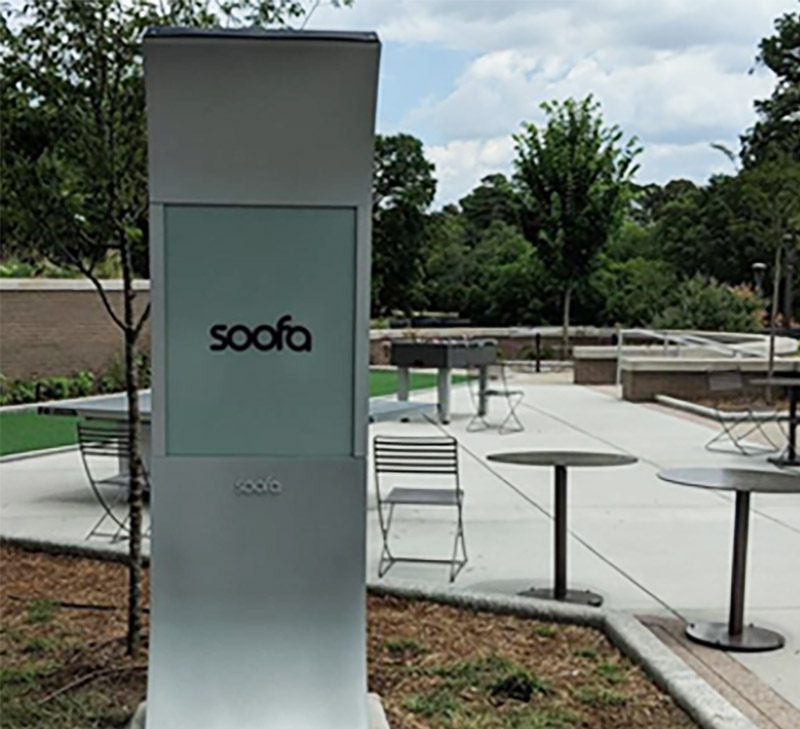 There’s a new addition at our downtown park! This week, a soofa sign was installed. Soofa signs are an outdoor, electronic display, used to share real-time community content and information with citizens. The signs are equipped with solar power and wireless connectivity complementing our other Smart City initiatives. Thanks to Mayor Pro Tem Bush for identifying this great way to connect and share information with our citizens.

Construction is now complete on a new 200’ long concrete boardwalk on the Green Hope School Greenway at the Briardale Ave. intersection and this section of the greenway is open again for traffic.

The new boardwalk has a concrete structure and is raised to a higher elevation to minimize damage during future major storm events. 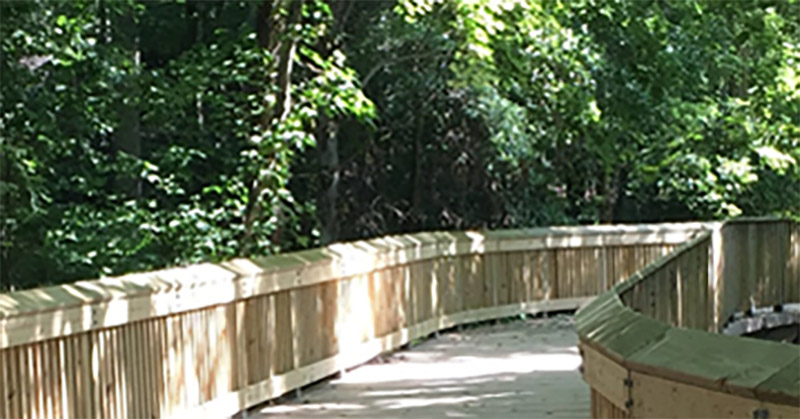 Pop-Up in the Park

Pop-up in the Park was a huge success at Marla Dorrel Park this past Friday! Instructors from Cary Arts Center and Herb Young Community Center offered free demonstrations of their programs to random park-goers. Approximately 50 citizens dropped in throughout the afternoon to learn about the various programs.

CAMPO’s Executive Board met on June 20 and some items related to the Wake Transit project were on the agenda, including:

The July Executive Board meeting has been cancelled; the next meeting will take place on August 15.

NCDOT Public Meeting on US-64 Project

NCDOT held a public meeting on the US-64 project on Thursday at Summit Church in Apex. The NCDOT project team presented four draft concepts, which included two interchange options for both Laura Duncan Rd. and Lake Pine DR. as well as a superstreet and expressway alternatives for the remaining US-64 corridor from US-1 to just west of Laura Duncan Rd. A public survey and input sheet are also available on the project website with comments requested by July 21. Following project design, right-of-way acquisition is expected to begin in 2020 with construction anticipated in 2022. 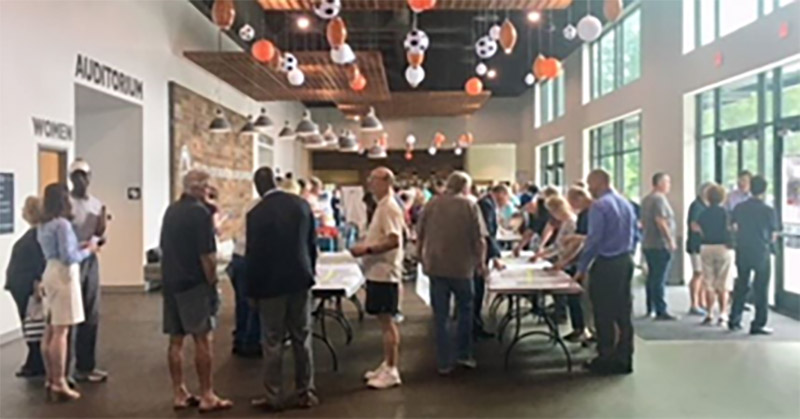 On Wednesday, Cary staff met with personnel from the Federal Highway Administration, NCDOT, and the Capital Area MPO to kick-off the Town’s Connected Vehicle LAPP Project. This project will add Connected Vehicle technology to nine major intersections in Town. When complete, vehicles will be able to send and receive information with our traffic signal infrastructure, resulting in improved efficiencies and safety.

This project was made possible by a federally funded grant award to the Town through CAMPO’s LAPP process.

The CAWTF was among 69 facilities recently honored by the NC Division of Water Resources for surpassing federal and state drinking water standards. This prestigious award, officially the “NC Area-Wide Optimization Award for Excellent Performance,” is presented annually to drinking water facilities that demonstrate consistent, outstanding water quality with a focus on turbidity. Turbidity is a measure of the cloudiness or haziness of water caused by particles that can interfere with disinfection and provide a medium for microbial growth. While all drinking water systems must meet strict state and federal standards, award recipients must meet performance goals which are significantly more stringent. The CAWTF has received this honor seven times since 2010.

Next week’s activities include staff meetings, events, a Bollywood dance lesson, the downtown library groundbreaking, the last regularly scheduled council meeting of the month, and a meeting of the North Carolina metro mayors.

Well, that is all for this week. My next post will be on Sunday, July 1st.  Although I have Facebook and Twitter accounts those are not the best means of communications with me. Please send all Town of Cary questions or comments to Harold.Weinbrecht@townofcary.org and email personal comments to augustanat@mindspring.com.

NCFC Fights to Draw in Final Minutes of Home Game